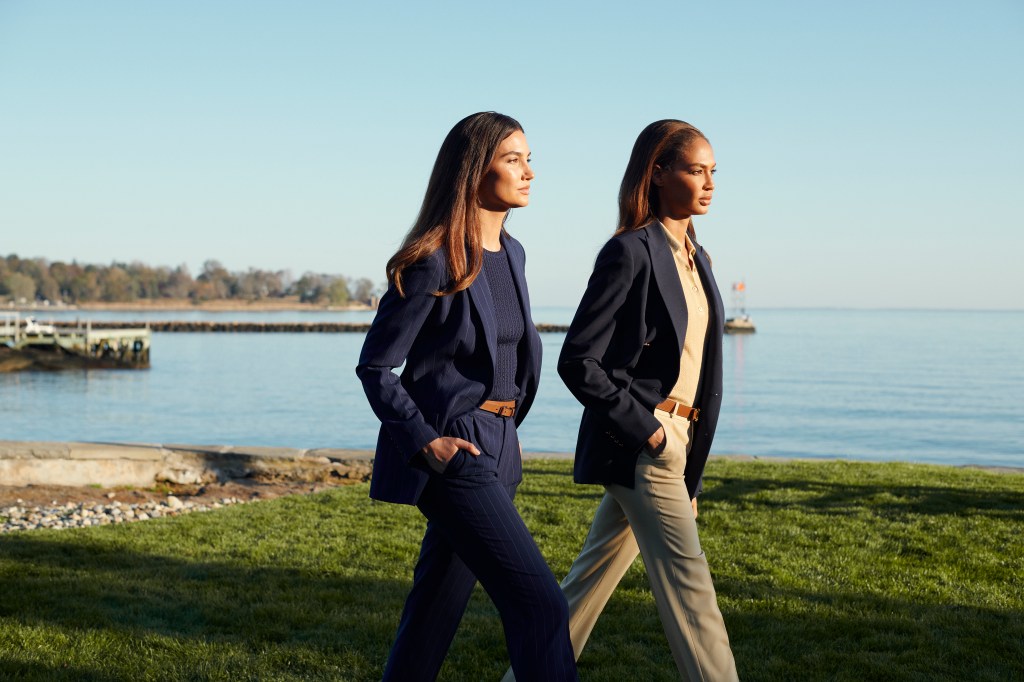 Work is a funny thing these days. For some, it’s less of a priority than it was pre-pandemic. For many, it’s a battle between the return-to-work types and those who prefer to stay remote, or at least have the option. But for most, it’s a place that needs to provide much more than a paycheck and basic benefits for people to continue to dedicate such a significant swath of their lives to it.

As such, companies looking to sustain a successful and content workforce are finding new ways to be of service to those who work for them, particularly where diversity, equity and inclusion are concerned.

And some are doing better than others.

In Parity.org’s recently released 2022 list of the “Best Companies for Women to Advance,” only 43 companies made the list, and from fashion, only Ralph Lauren Corp. was counted among them.

The so dubbed ParityLIST, an endeavor of the not-for-profit centered on closing the gender and racial gap in corporate leadership, launched in 2020 to recognize organizations whose policies and benefits advance opportunities for women in the workplace rather than present barriers, as has long been the case.

“Parity in leadership is crucial, but we know representation alone is not enough — we must create conditions intentionally designed to support women’s ambitions, well-being and freedoms,” Roseann Lynch, chief people officer at Ralph Lauren and Head of the Ralph Lauren Corporate Foundation, said in a statement.

In 2020, Ralph Lauren announced that it had already reached its 2023 goal of equal gender representation between men and women at its vice president level and above, confirming that women hold 50 percent of those positions at the company — a fact it has endeavored to maintain.

According to Parity, 88 percent of companies on the 2022 list regularly measure and report on gender equality metrics, 86 percent report their gender equality values to employees, 98 percent offer flexible working hours and 95 percent encourage men to take their full parental leave.

Airbnb, Best Buy, Nasdaq and The Clorox Company were among others named to the list of best companies for women to advance.

Benefits were a big part of the ranking.

“There were so many exceptional benefits of the companies that made our ParityLIST, but a few in particular stand out in my mind,” Cathrin Stickney, Parity.org founder and chief executive officer, told WWD. “One company has made parental leave mandatory for all those who give birth or adopt a child, and most employees are paid their full salaries during that time. This means that men won’t get pay and promotional advantages over women who in the past took their full parental leave out of necessity only to have their male counterparts who become fathers take only a few days off.”

And, she added, “One company has established what they call Core Working Hours. Employees are all expected to work during certain hours (based on their time zone), but can complete their remaining hours whenever it works best for them. This allows flexibility, particularly for women, to attend doctor appointments, drop their children off at school, or attend to other caregiving responsibilities.”

While there have been advancements in how the modern workforce works for the women in it, there’s still a long way to go to reach parity, particularly because men are still hired and promoted to top jobs at much greater rates than women.

“It’s really frustrating that the pay parity needle has not moved nearly as fast as it should have by now. The average woman still earns about 20 percent less than what the average man earns — and it’s been like that for about 15 years,” Stickney said, citing Pew Research. Since Parity.org launched in 2017, the amount a woman makes for every dollar a man makes has ticked up a small half percent each year, today coming in at 84 cents on the man’s dollar, she added.

And none of this has been helped by the pandemic’s impact on women in the workforce.

The National Women’s Law Center said in a March report this year, “While men have returned to their pre-pandemic labor force size, more than 1.1 million fewer women are in the labor force today than in February of 2020. As a result, many women — particularly Black women, Latinas and other women of color — are still struggling to make ends meet.”

So what should the companies with a long way to go on gender parity be doing now and next?

Stickney says it’s two things (the same two things many companies have been forced to realize they should be doing when it comes to racial representation): make public commitments and measure their progress.

“More companies need to publicly commit to interviewing qualified women for every open leadership position,” she said. “Companies have been making private commitments for decades with few results. A public commitment is different. This not only gives employees visibility into the importance the company places on diversity and equity, but enables company leaders and managers to hold the organization accountable for proactively working towards parity.”

From there, it’s about acknowledgement and accountability.

“You can’t fix what you can’t see,” Stickney said. “Companies need to measure not just representation and pay parity, but the entire employee life cycle, from recruitment to attrition, if they are going to fully understand where the barriers and opportunities lie. When they start measuring, they will discover all sorts of previously invisible patterns. For instance, are women leaving the company at higher rates than men in their first five years of employment? If the answer is ‘yes,’ you have a problem.

“Or, if you are recruiting more women than men at the entry level and more men than women at management levels, you are going to have a pipeline issue when you look to your high-potential employees to fill senior jobs and can only find men,” she added. “You won’t know you even have these problems unless you are measuring and reporting on the right things.”

Best Spy Shots For The Week Of August 1

Germany knocked out of World Cup after extraordinary finale…

The ultimate travel bag according to a flight attendant…

‘The numbers are against Billiat’ –…