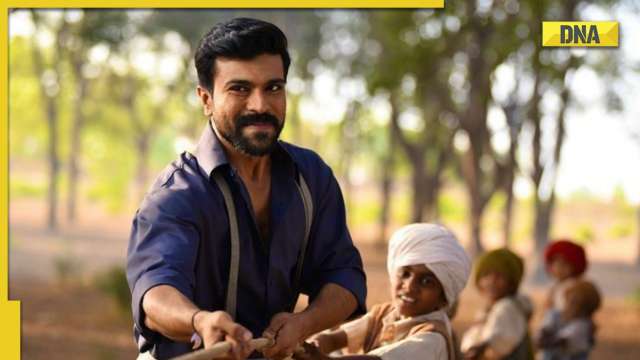 RRR actor Ram Charn won millions of hearts with his performance in SS Rajamouli’s film which also featured Jr NTR in the lead role. The film was a super hit not only in India but also overseas. Now, as per the latest report, Ram Charan may find his name on the Oscars 2023 nomination list.

As per Variety, Ram Charan’s name has been mentioned in the Oscars prediction list. An international magazine has predicted that SS Rajamouli’s film RRR may get nominated for Oscars 2023, in three categories. Categories are Best International Feature, Best Original Song (Dosti), and Best Actor. Not only Ram Charan but Jr NTR also got a mention in the list predicted by the magazine.

Meanwhile, at the 17th ATA Convention, Ram Charan’s wife Upasana Kamineni Konidela spoke to Sadhguru Jaggi Vasudev about having children. When asked about the relationship, Sadhguru responded that it was not his place to interfere with her “relationship thing.” Despite being healthy and capable of procreation, the spiritual teacher said that he will give Upasana a world-class gift if she chooses not to have children.

“Man is worried about carbon footprint but if the human footprint is reduced, there is no need to worry about global warming too. So, it’s good to see women who chose to not reproduce,” said Sadhguru.

To this, Upasana said, “I would make you speak with my mother and mother-in-law very soon”, to which Sadhguru replied, “I’ve spoken to many such mothers-in-law.”

Upasana has shared glimpses from her meeting with Sadhguru with the caption, “An absolute honour to be in conversation with the Mystic. Sadhguru was amazing as usual, every topic made so much sense. Truly practical considering the circumstances the world is facing today. A must-watch! Sadhguru – Thatha’s not letting me accept your award.”

Ask the Pediatrician: How can parents talk to teens about sexting? | Health & Fitness