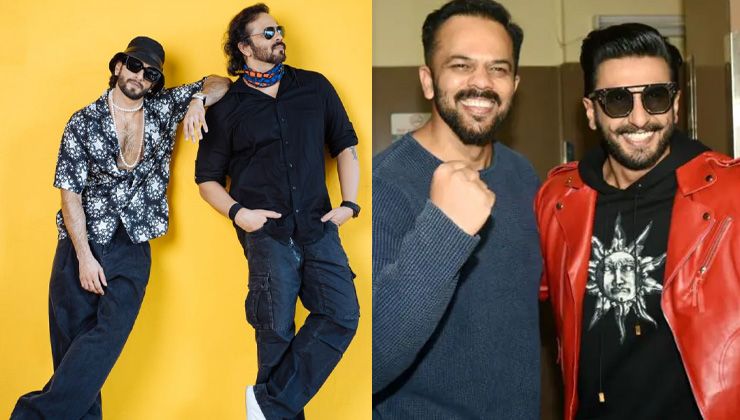 Recently, Rohit Shetty released the trailer for his upcoming comedy, Cirkus. Ranveer Singh, Pooja Hegde, Varun Sharma, Sanjay Mishra, and other members of the cast were present. Rohit Shetty also disclosed that Ranveer would now be in Golmaal 5 at the film’s premiere. Additionally, Ranveer Singh endorsed the creation of Cirkus 2 and announced Simmba 2.

Ranveer Singh gave hints about their upcoming projects where he confirmed Simmba 2 will be coming up next. Director Rohit Shetty immediately echoed the actor and said, “Bohot smart aadmi hai yeh, ab Golmaal me aayega yeh. (He is a very smart man, he will now be appearing in Golmaal). The fact that we see the main characters of Golmaal at the end of the Cirkus trailer is a giveaway that Ranveer Singh’s characters (he plays a double role) in Cirkus will be related to Golmaal.” Well, we are stoked to see how Rohit Shetty connects Ranveer in his comedy verse!

At the end of Simmba, Shetty immediately teased the fourth installment of his cop franchise, Sooryavanshi, which was released in November 2021. However, Simmba 2 has been eagerly anticipated by fans! And now for the good news. Ranveer Singh recently affirmed the existence of Simmba 2 in an interview.

The newly released Cirkus trailer shows that Shetty will take his audience back to the 1960s in this one. Ranveer will have two roles in it. In addition, Deepika Padukone has a special cameo in the movie. The movie will have premiered on December 23, 2022.

On the work front, Ranveer Singh will appear in Cirkus, his second project with Rohit Shetty. The Comedy of Errors by William Shakespeare was adapted for the big screen. Singh also has Karan Johar‘s Rocky Aur Rani Ki Prem Kahani in the pipeline.