Reflation offers salvation as UK stocks come in from the cold 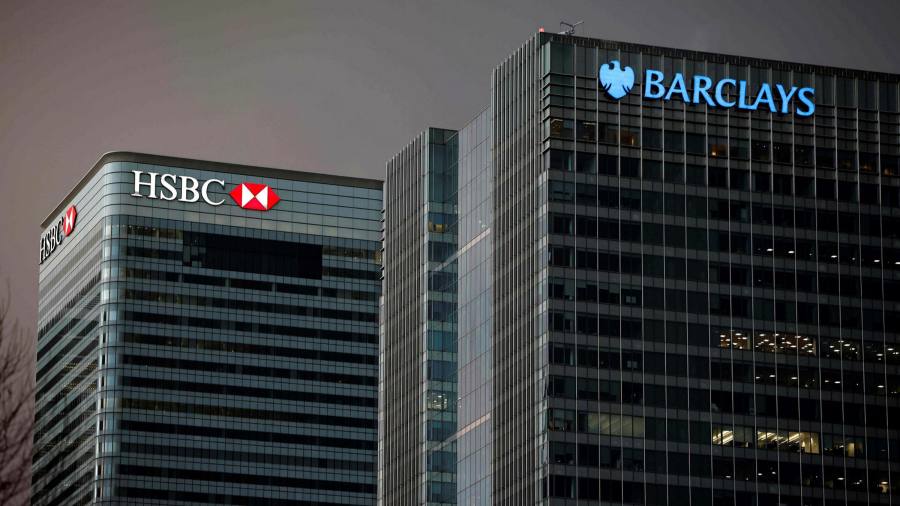 Market trends don’t follow calendars, so annual performance is often a specious measure. The UK market in 2021 will be an exception.

The European trade deal signed in the last days of December rescued Britain from an investment wilderness in which it had been stuck since the 2016 referendum, Emmanuel Cau, Barclays’ head of European strategy, tells clients. “The removal of the threat of disorderly Brexit has meant the UK went from fairly uninvestable to investable,” he writes.

Market moves support the view. The FTSE 100 is up more than 4 per cent in the year to date, reversing four years of underperformance to become the early pacesetter among global developed market indices. Exchange traded funds tracking the FTSE 250, a proxy for the domestic economy, scored a record month for inflows in December while options market bets on sterling have switched from negative to positive over the past month.

Outflows during the wilderness years have left UK equities “undeniably cheap in a world of liquidity-inflated asset prices,” Barclays says. Based on 2021 earnings forecasts the MSCI’s UK index is the cheapest it’s been since 1999, at least relative to the eurozone index.

But there’s more to the story than Brexit deal euphoria, which seems to have barely lasted a week for both equities and currencies. Barclays’ research is careful to flag also that because of its surfeit of commodity producers and financials, the UK has been a prime beneficiary of the reflation trade, the world’s default strategy for when the end of a recession is in sight.

Chasing leverage into an earnings recovery benefits so-called value sectors such as banking, energy and materials, which account for 40 per cent of the FTSE 100 by weight. Relative underperformance from the index in recent years has more to do with its lack of growth stocks than it does Brexit: the technology sector makes up more than a fifth by weight of the MSCI World index but is just 1 per cent of the FTSE 100. This lack of highly valued tech also means that the UK may not be as cheap by earnings metrics as it looks.

So will 2021 be the year the UK’s lopsided stock market finds its purpose? A return of Brexit-fearing investors can help solidify the reflation trade and, while the FTSE’s defensive balance is a hindrance, it also gives protection against a stalled recovery, Barclays concludes. What its analysis fails to offer is an argument for why any active fund manager should expect a bonus for relying on this happenstance combination. Just as market trends don’t follow calendars, investment strategies rarely slot neatly into geographies.

A trading update on Wednesday showed revenues up 23 per cent year on year, buoyed by Christmas orders from consumers who were forced online by autumn’s high street-shuttering lockdowns. Even more encouragingly, the online fashion retailer said it expected its full-year profit before tax to comfortably exceed the market’s £141m estimate, despite a 0.9 percentage point fall in its gross margin owing to its customers spending more on athleisure than cocktail dresses.

For shareholders having seen their stock quintuple since the Covid lows to their highest point since late 2018, it might be hard to believe that it’s been barely two years since Asos issued three profit warnings in the space of seven months. Back then, a poisonous brew of warehouse problems, aggressive competition and higher marketing costs caused the shares to halve in six months, and the short sellers to start circling.

Attributing this change of fortune solely to Asos is, of course, foolhardy. Not only has the pandemic boosted the sales of online-only retailers across the board, but long queues at the Post Office and a lack of access to work mail rooms have deterred consumers from the margin-destroying practice of buying three pairs of shoes and returning two.

Yet there are also signs that Asos is executing better. Double-digit revenue growth was in spite of its active customer base growing just 5 per cent, suggesting that basket sizes are improving again having flatlined in 2020. This bodes well for its top line with the expected return of socialising, and perhaps travel, by the summer. Away from the British Isles, an increase in capital expenditure at its US-based warehouses also points to confidence in its business stateside.

On the face it, at 30 times trailing operating profits, Asos shares aren’t cheap. Yet when you consider European competitor Zalando trades at double that multiple for only slightly better growth, it doesn’t seem particularly pricey. Another competitor — Boohoo — also trades at a premium to Asos despite concerns over how troubles with its supply chain might translate to the bottom line.

It’s never easy holding on to a company that’s just seen an explosive run up in value, but in the case of Asos, there’s an argument to be made that investors should hold off booking their profits a while longer.

Etihad, Qatar Airways to resume flights between UAE and Qatar