Republicans Will Come Crawling Back to Support Trump 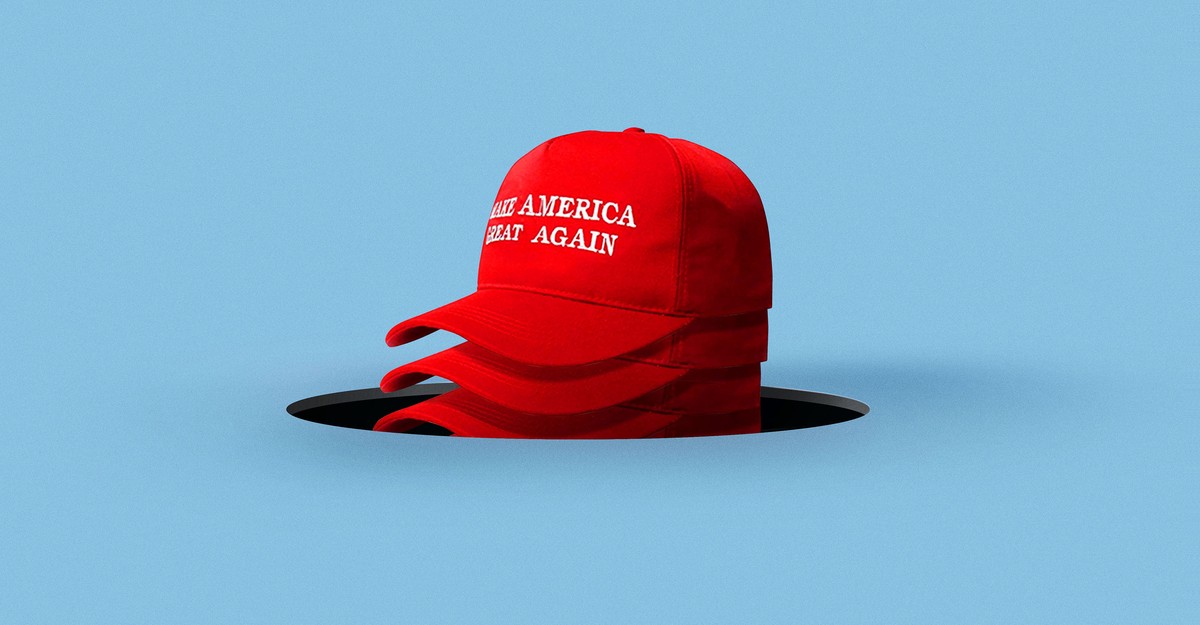 Republican elites are done with Donald Trump, and this time, they mean it.

Since the conservative “red wave” splashed on shore like gentle foam at low tide, some Republican Party bigs have begun reconsidering the GOP’s relationship with Donald Trump. Republicans took back the House with a slim margin, but Democrats kept the Senate, a dismal result given President Joe Biden’s low approval ratings and the continued toll of inflation. The consensus among the right-wing intelligentsia is that they fell well short of expectations.

Fox News, typically a geyser of Trump worship, spent the aftermath of the midterms promoting Florida Governor Ron DeSantis, who possesses Trump’s authoritarian instincts but fewer personality defects. National Review published an editorial saying that Trump should not run for president again. Instead of sharing their skepticism of Trump anonymously with reporters, several Republican elected officials have actually gone on the record with their skepticism of the former president.

Still, we’ve seen Republicans try to distance themselves from Trump before. Early in the 2016 primary, Republican leaders and conservative-media figures were willing to acknowledge that Trump was overtly racist, but when he won the nomination, nearly all of them transformed into loyal stooges. The release of the audio of Trump confessing to “grabbing” women “by the pussy” led to disavowals, but then to disavowals of the disavowals in relatively short order. The family-separation policy, the attempt to strong-arm Ukrainian leadership into falsely implicating then-candidate Biden in a crime, the attempt to overthrow the American constitutional order by force after losing the 2020 election—there is simply no shortage of moments in which conservatives had reason to break with Trump.

And they always come crawling back. As long as Trump is seen as helping Republicans politically, he can shoot as many people on Fifth Avenue as he likes.

This latest break with Trump, in other words, may not be permanent. National Review was famously Never Trump in 2016, before becoming Please, Mr. Trump, may I have another after he won the primary. This latest break with Trump is not about morality or principle, but about the possibility that his influence is harming the GOP’s electoral prospects. Trump’s bigotry, his authoritarianism, even his fomenting an insurrection were not deal-breakers. But hurting Republican electoral prospects? That might be.

In some sense, that’s logical. Even in a democracy, it is foolish to expect politicians of any party or ideology to act consistently on principle rather than self-interest. If Republican perception of their self-interest leads them to abandon an unstable, corrupt, and cruel leader, well, that’s better than the alternative of not abandoning him at all.

But precisely because the rejection of Trump is a matter of political interest and not principle, it’s easy to imagine all of these Republican elites reversing themselves once again if circumstances demand, and returning to their previous role as loyal Trump sycophants, if that perception changes.

Yet even if this rejection of Trump lasts, the underlying structural factors that led to Trump’s rise, in particular the way that countermajoritarian aspects of the American system, like the Senate and Electoral College, enhance the influence of the most conservative segments of the electorate, remain intact. As long as the GOP relies on taking advantage of these elements of the system to gain and maintain power rather than winning over the majority of the electorate, it will continue to flit from one existential culture-war conflict to another, the better to convince its constituents that the apocalypse is imminent unless Republicans alone are allowed to govern.

Whoever comes after Trump will likely share his most politically dangerous ideological convictions: contempt for democracy, a belief that the rival party’s constituencies are inherently illegitimate, and a disdain for the rights of those the GOP coalition considers beneath it.

Right-wing elites concerned about Trump’s political effectiveness will not likely share the same worries about his heir. Without structural changes to that system, sustained political defeat, or shifts in the nature of the Republican coalition, Trump may go, but the conservative demand for Trumpism will remain. And as long as that is the case, the rise of another Trump by a different name is an inevitability.

Denial of responsibility! Pedfire is an automatic aggregator of the all world’s media. In each content, the hyperlink to the primary source is specified. All trademarks belong to their rightful owners, all materials to their authors. If you are the owner of the content and do not want us to publish your materials, please contact us by email – [email protected]. The content will be deleted within 24 hours.
advantage of these elements of the systemAmerican constitutional orderattemptconservative-media figurescontemptcountermajoritarian aspects of the American systemdangerous ideological convictionsDemocracy
0
Share

How to Get Glass Skin Naturally At Home: Your Guide