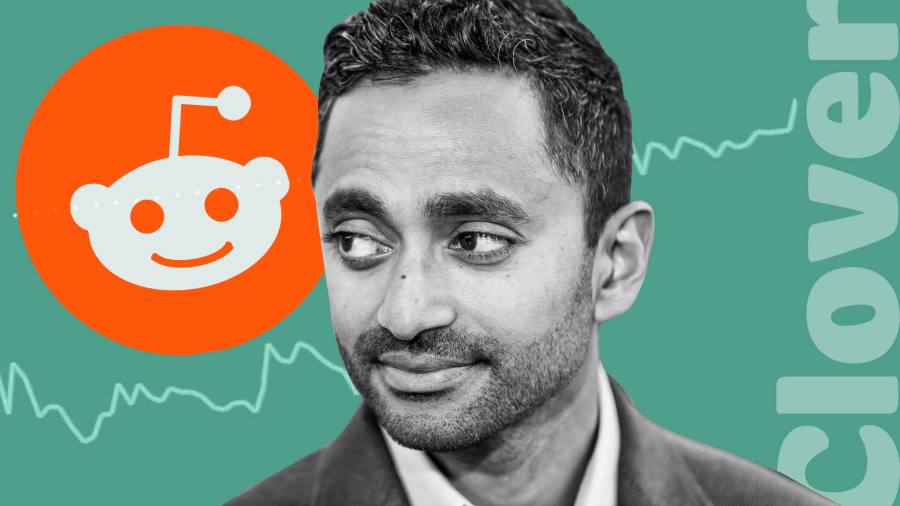 Amateur investors, who earlier this year fired up downbeat stocks in companies including GameStop, have turned to new targets, sending shares in Clover Health up by more than 250 per cent from the start of the year to this week’s peak.

The healthcare company, which provides Medicare insurance plans, went public by merging with a blank-cheque company launched by venture capitalist Chamath Palihapitiya in early January. It has now become a favourite among retail investors who congregate on the online forum Reddit.

Discussions about the stock tripled on the platform between Monday and Tuesday this week, while daily comments related to Clover were up 90 times from the start of the month, according to alternative data provider Quiver Quantitative.

After hovering under $10 for much of the past three months, shares started rocketing. They rose 32 per cent on Monday, and 86 per cent on Tuesday, while broader stock markets remained quiet. On Wednesday, a further 15 per cent gain in early trading evaporated, leaving the stock down around 13 per cent by lunchtime in New York.

“It’s a much different dynamic than January when it took weeks of retail investors talking about AMC and GameStop and BlackBerry to cause a spike,” said Ivan Cosovic, founder of data provider BreakoutPoint. “In this current environment these mini cycles are much shorter. AMC last week was the trigger to put all of this back in focus.”

Clover Health disputed many of the allegations, but its stock dropped more than 12 per cent on the day that the report was published, and continued to slide in the weeks after.

This appears to have again helped draw in Redditors, who have previously scored successes over prominent short sellers, particularly in the case of GameStop. Palihapitiya is also a popular figure among amateur investors.

Threads dedicated to a potential short squeeze in Clover on r/WallStreetBets have surpassed both AMC and BlackBerry topic chains in popularity, according to Reddit data collector YoloStocks.

The surge in Clover’s share price is minuscule compared to those experienced by the original meme stocks GME and AMC since the start of the year, which are up more than 1,500 per cent and 2,300 per cent, respectively.

Some investors were preparing for the uptick in Clover shares to unravel, placing ‘short’ bets that the shares will fall. Over the past month, the total amount of Clover Health stock shorted has increased by close to 10m shares, a 24.5 per cent jump. About half of the build-up in short positions was added last week alone, according to financial data provider S3 Partners.

So far, this has proved painful. As long as the stock keeps going up, short sellers’ paper losses accumulate. On Tuesday, short sellers in the stock were down $438m in mark-to-market losses. So far this year, those losses stand at $490m, according to data from S3.

Shares in US fast-food chain Wendy’s have also shot up by more than 20 per cent this week. It has been one of the top 10 most discussed stocks on Reddit for the past 24 hours. One Redditor wrote that he liked the stock in part because Wendy’s sells chicken products known as ‘tendies’ — a term used to represent financial gains on the message board.