Rice inventory up, corn stock down 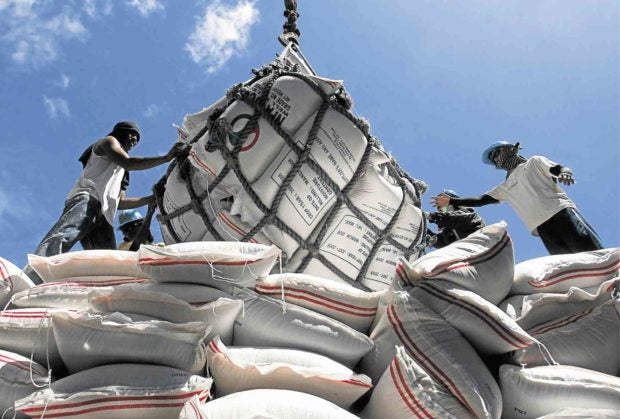 The country’s rice stock in October rose by as much as 45 percent from previous month’s level, reflecting fresh inventory from the September to October harvest season, while that of corn declined by 10 percent as the fall armyworm devastation persisted.

The Philippine Statistics Authority (PSA) released the report on Thursday, showing that the country’s rice inventory hit 2.65 million metric tons (MT) as of October, higher by 16.1 percent from year-ago level and 45 percent from the previous month’s record of 1.82 million MT.

The breakdown showed that about 55 percent of the total inventory was kept in households as Filipino families stock up on staple food items to prepare for emergencies, while about 36 percent was in commercial warehouses.

The increase in the country’s rice stocks, however, was expec­ted, as the harvest season runs from September to October. This was boosted by the arrival of imported rice.

Compared to inventories from the month prior, stocks in households, commercial and NFA segments rose by 70.9 percent, 22.4 percent and 24.6 percent, respectively.

As for corn, October inventory fell by 10 percent year-on-year although it was 23.6 percent higher than the numbers in September as it hit 985,000 MT.

The local corn industry has been struggling with containing the spread of the fall armyworm, which is seen to decimate about 20 percent of the country’s annual corn output if left untreated.

A corn supply shortfall may lead to higher meat prices, as it is a key raw material in animal feeds production.

The effect of the crop pest will be reflected in the next month’s report, which is expected to show the 1.6 million tons of harvest that were lost. The fall armyworm has affected 2.5 million hectares of land in 57 provinces.

ByteDance owned TikTok working on a comeback strategy for India

Stüssy Reconnects With Our Legacy WORK SHOP For Reversible…

Jubin Nautiyal Is Hospitalised After Breaking His Elbow,…

Leonardo DiCaprio Goes Yachting With Models Amid Rumors Of…

California Politics: Huge gains for women in the Legislature

Rihanna’s Box Braid Charms Have Me Running to the…