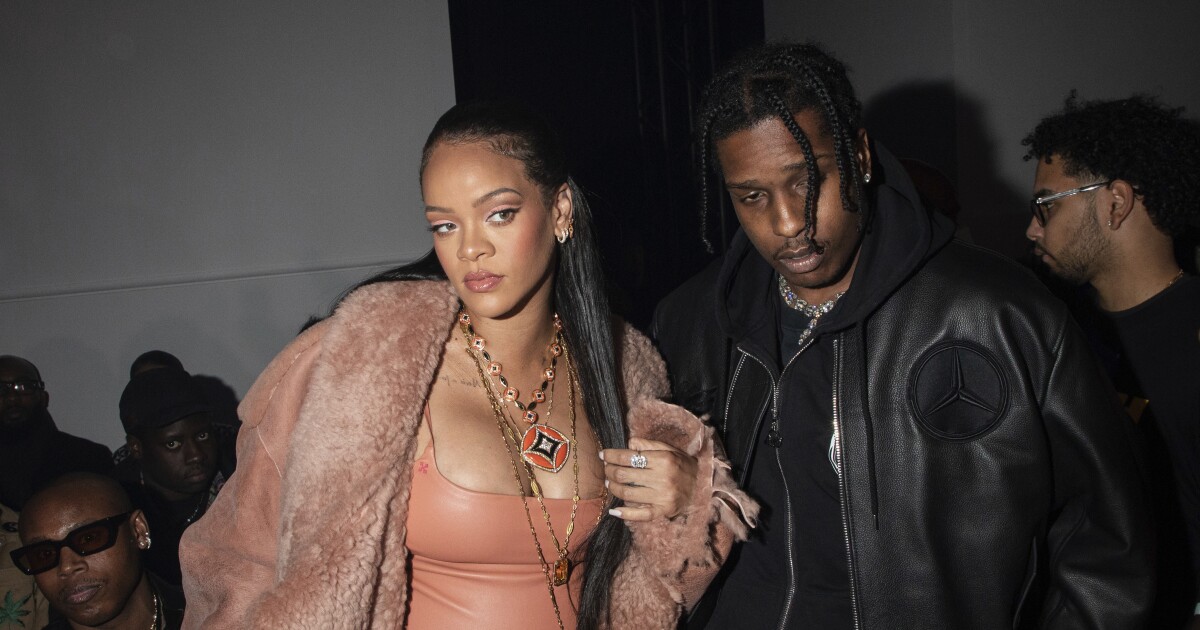 The couple had a baby boy in Los Angeles on May 13, according to TMZ. No other details were made available.

Representatives for the couple did not immediately respond Thursday to The Times’ request for confirmation.

The child, whose name is not yet known, is the first for the “Diamonds” singer, 34, as well as the “Fashion Killa” artist, 33.

The couple surprised fans in late January when they casually announced Rihanna’s pregnancy with a series of baby bump photos on Instagram.

The Fenty Beauty and Savage X Fenty founder has made headlines throughout her pregnancy for flouting traditional maternity style with her barely there looks. In April, Riri was tapped as Vogue’s cover star and was immortalized in marble in May when a sculpture of the nine-time Grammy winner’s pregnant figure was erected at the Metropolitan Museum of Art.

The fashionable musician, who has co-chaired the museum’s glitzy Met Gala in the past, did not attend this year’s gilded, glamour-themed festivities.

ASAP also has made headlines recently, but for more damning reasons.

He was arrested at LAX airport last month and charged for assault with a deadly weapon in connection with a November incident in which Los Angeles police say he shot at a person in Hollywood.

RiRi and Rocky, real name Rakim Mayers, have put on a united front since then. The first-time parents were the guests of honor at their rave-themed baby shower days after Rocky’s arrest, and she joined him for a show at the Smokers Club Festival in West Hollywood in late April.

TMZ reported that they most recently stepped out together during Mother’s Day weekend to grab dinner at Giorgio Baldi.

Payal Rohatgi Attends Dhaakad Premiere After Wishing The Movie Flops, Urges Everybody To Look At It » GossipChimp