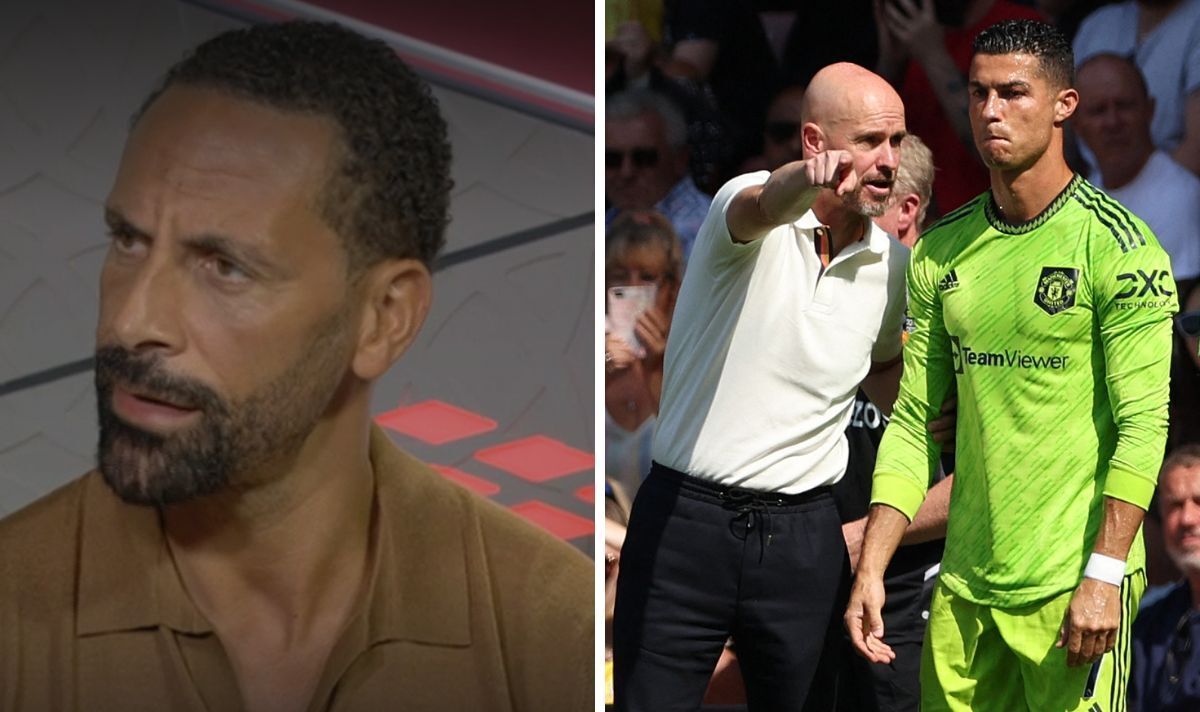 Rio Ferdinand has claimed that Manchester United boss Erik ten Hag has “got what he wanted” after the Red Devils confirmed that Cristiano Ronaldo has left the club with immediate effect. Ronaldo fell down the pecking order after Ten Hag arrived in the summer and has left the club following an explosive interview with Piers Morgan earlier this month.

“I think both parties will be delighted now,” Ferdinand told ITV. “He obviously did that interview with the mindset that he wanted to get out of the football club. Wasn’t happy, made it very clear – but I also think Erik ten Hag has got what he wanted as well in this situation. Both parties are happy – move on, next chapter for Cristiano Ronaldo.”

Ferdinand then admitted he had no idea where Ronaldo would go next, with clubs now able to get their hands on the blockbuster star without having to pay out a transfer fee. “I don’t know,” the ex-defender added.

“We were talking about it here, I think it depends what the motivation is. Is it Champions League, money? Is it just to continue playing somewhere with a nice climate? This will be going on behind the scenes but we’ll find out I’m sure in due course.”

“Cristiano Ronaldo is to leave Manchester United by mutual agreement, with immediate effect,” the 13-time Premier League champions said in a statement on Tuesday evening. “The club thanks him for his immense contribution across two spells at Old Trafford.”

And Ronaldo also released his own statement, which read: “Following conversations with Manchester United we have mutually agreed to end our contract early. I love Manchester United and I love the fans, that will never ever change. However, it feels like the right time for me to seek a new challenge. I wish the team every success for the remainder of the season and for the future.”

California To Ban Colleges From Cutting Aid For Students…