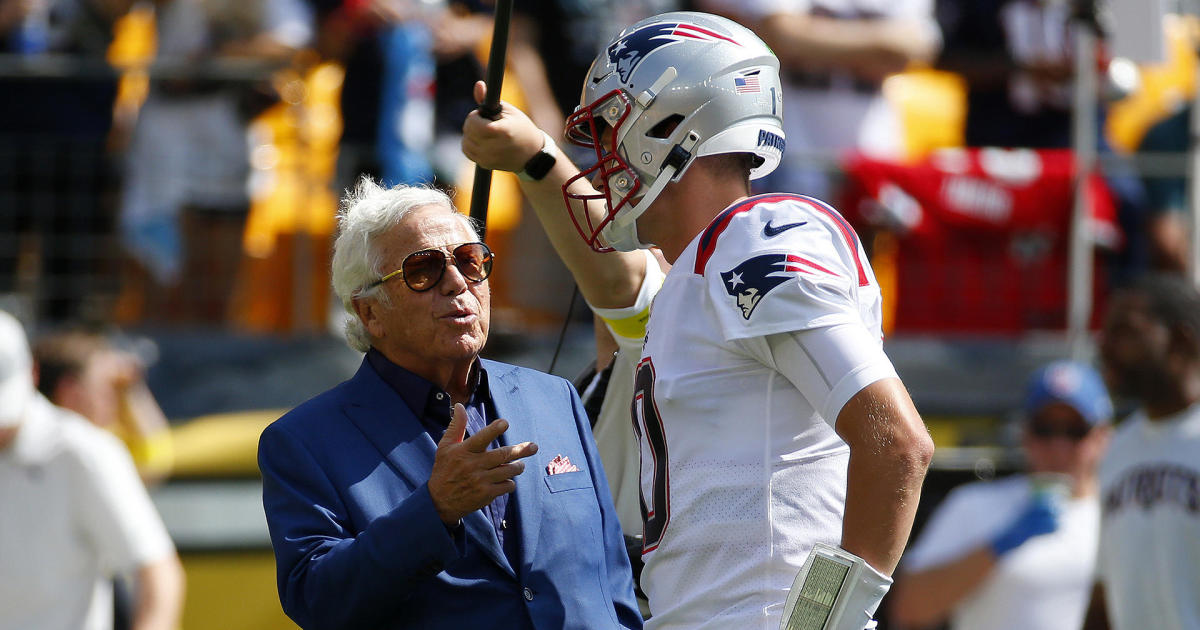 FOXBORO — Sunday’s win over the Pittsburgh Steelers was special for the New England Patriots in a number of ways. Not only was it the team’s first win of the 2022 season, but it was the 500th game for Robert Kraft as the franchise’s owner.

The Patriots have won a lot of games under Kraft’s ownership, so it’s only fitting that the team would get him another W on the milestone day. But a win wasn’t all the team gave to Kraft on Sunday.

Kraft was in the locker room after the 17-14 victory to congratulate his team, as he often does following Patriots’ wins. Head coach Bill Belichick had a surprise waiting for his owner, presenting him with the game ball on the special day.

Belichick noted that the Patriots have had a lot of big wins in Pittsburgh, but this one had plenty of extra meaning to it.

“I think it’s fitting that this one comes on Mr. Kraft’s 500th,” Belichick said as he gave Kraft the game ball, followed by a big hug for the owner.

Kraft was grateful for the gift.

“What you guys did here today is so sweet for my family, and I thank you all,” Kraft told the team on Sunday. “And doing it here in Pittsburgh is pretty special. Thank you.”

Kraft is the NFL’s most successful owner since he purchased the Patriots in 1994, with Sunday marking his 342nd overall win. The Patriots have a .684 winning percentage under Kraft’s ownership, with 33 playoff wins and six Super Bowl titles.

President Biden Had A Familiar Ride For The Queen’s Funeral