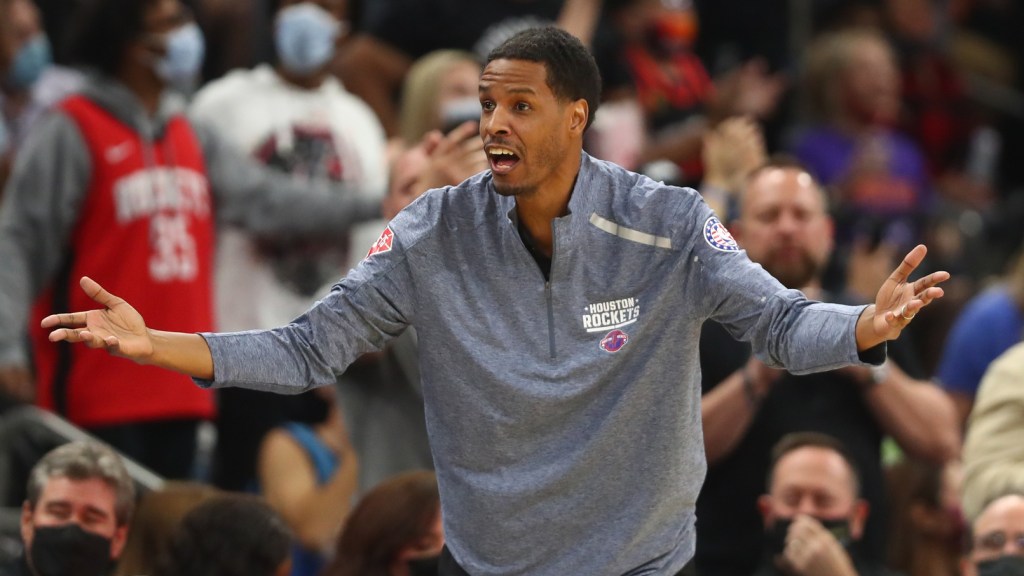 It has not been the best of times for Houston Rockets head coach Stephen Silas this season. His team is currently on a 15-game losing streak with only one victory on their record that came over a month ago.

On Wednesday, a report surfaced in Bleacher Report that executives within the organization had confided in league sources that they were looking at their options on coach Silas’s future. The report says that he could be the next NBA coach terminated after the Sacramento Kings relieved their former head coach, Luke Walton of his duties.

Coach Silas addressed how he blocks out all the chatter from social media and sports talk shows when it comes to his job:

This has been a part of my life since I was little. This (NBA) is entertainment so that people will have things to talk about or argue about at the barbershop or on talk radio. It is real life for me, but for the people engaged in it, it is almost like a soap opera at times. I can’t lose sight of that and it is fair for people to have their opinions.

Houston hired coach Silas in October 2020 when former head coach Mike D’Antoni informed the team that he would not be returning. In the last 89 games, Houston is a combined 18-71 under Silas. Yet, he is not willing to concede to the naysayers who believe that the organization should make a move to remove him from his position.

“I haven’t been told anything,” said coach Silas when asked if he had been informed that his job was in jeopardy. “When you go through these (losing) streaks, there is a lot to it. I am ready for everything. Ready for us to continue to get better and look back on this time and say, ‘Remember when.’”

Denial of responsibility! Pedfire is an automatic aggregator of the all world’s media. In each content, the hyperlink to the primary source is specified. All trademarks belong to their rightful owners, all materials to their authors. If you are the owner of the content and do not want us to publish your materials, please contact us by email – [email protected]. The content will be deleted within 24 hours.
houston rocketsmike d'antoniNewsstephen silas
0
Share

We are proud of the Indian women’s team, echo Chhetri, Gurpreet