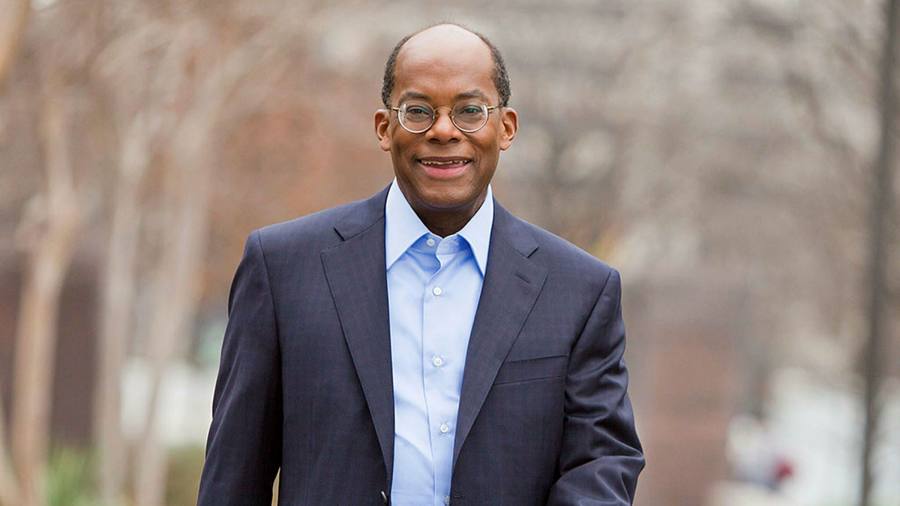 Roger Ferguson, one of the leading figures in the US investment industry, said he plans to step down as chief executive of TIAA after more than 12 years running the $1.2tn-in-assets financial services company.

Mr Ferguson, who is also a former governor of the Federal Reserve, will step down in March, according to a statement on Tuesday.

In recent months, Mr Ferguson, 69, has been mentioned as a contender for a leading cabinet role under Joe Biden, who is set to be sworn in as US president in January.

Mr Ferguson has been tipped for Treasury secretary, one of the most important financial roles in Washington, alongside other potential candidates including current Fed governor Lael Brainard and the former Fed chair Janet Yellen.

TIAA — once known as the Teachers Insurance and Annuity Association of America, with a century-long history dating back to its founding by the philanthropist Andrew Carnegie — has expanded under Mr Ferguson’s leadership from a focus on teacher retirement plans to become a diversified investment house, more than doubling assets under management in the process.

During his tenure, TIAA acquired the asset manager Nuveen Investments in 2014 and expanded in banking with the 2017 purchase of EverBank.

In a statement Mr Ferguson said: “I am absolutely convinced — and the board agrees — that now is the time to select the next CEO who can continue, enhance and drive our strategy for the next decade and beyond.”

He added: “It’s the responsible thing to do for this great company.”

Before joining TIAA in 2008, Mr Ferguson was head of financial services for Swiss Re, the global reinsurance company. At the Fed, he was vice-chairman of the board of governors from 1999 to 2006, Earlier in his career, he was a partner at McKinsey.

Mr Ferguson is also one of the leading black executives in corporate America, holding board seats at Alphabet, International Flavors & Fragrances and General Mills.

We will pick up where we left off: Jaishankar on Indo-US ties under Biden administration

Fans Are Frustrated Over Great British Bake Off Mexican Week…