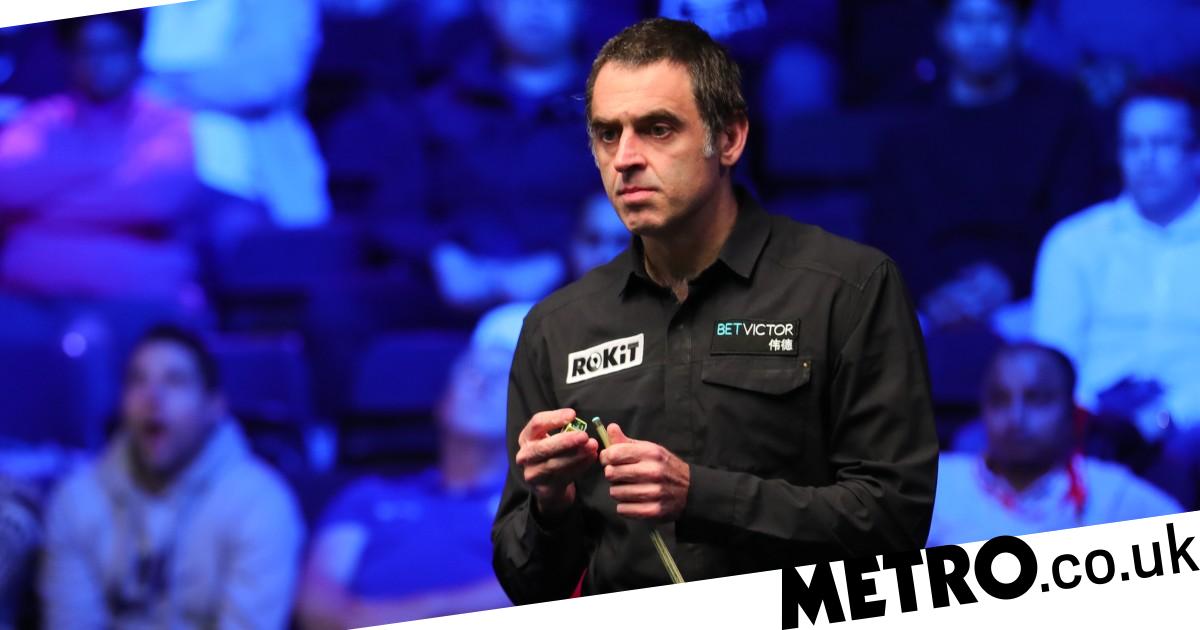 Ronnie O’Sullivan says he was enjoying a kebab lunch until shortly before his English Open match on Wednesday, and he would rather be docked a frame than let snooker disturb his day in future.

The Rocket lost the first frame of his second round match with Michael Georgiou, looking very ropy in the process, but then quickly found his form and surged to victory in style.

The six-time world champion put his erratic performance in the first frame down to an extremely enjoyable lunch across the road, one he was in no rush to leave.

‘I literally turned up, I had seven minutes to go and I still had my jeans and trainers on, I just quickly put my gear on,’ said the Rocket. ‘I was all over the gaff to be honest. I was like, “what am I doing?” I should have been meditating 20 minutes ago, I knew I was going to be a rabbit in the headlights.

‘I don’t care. I’m not going to be sitting around for maybe 2pm, maybe 3pm, maybe 4pm, getting the hump, ruining my day, it’s just not worth it.

‘I was just over the kebab shop with my friends having a good time, putting the world to rights. I thought I better go now because he [Shaun Murphy]’s just won. I’d rather do that or be late for the match, miss the first frame, I’d rather be 1-0 down and in a good place than 0-0 and want to smash my cue into a hundred pieces.

‘I got to finish my kebab, my baklava, I got to do a lot of stuff, it was a long lunch.’

O’Sullivan returns to the baize on Thursday afternoon against Anthony Hamilton in the last 32.


MORE : Ronnie O’Sullivan rules out playing in qualifiers again unless promoters ‘pay for that privilege’


MORE : Ronnie O’Sullivan reveals retirement plan and idea for ‘swansong around the world’