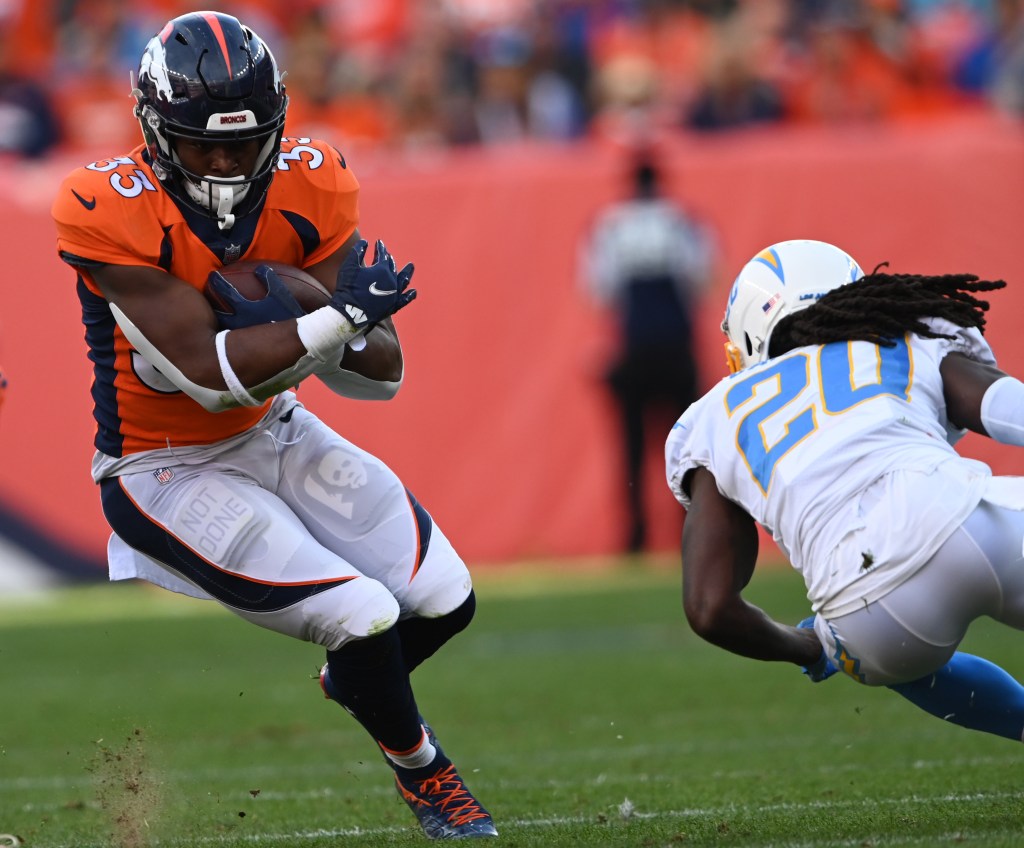 Gordon, who sustained a hip injury early in last week’s win over the Los Angeles Chargers but returned to the game, is listed as doubtful to face the Chiefs.

In the Broncos’ division-of-labor tailback set-up, Gordon has started all 11 games and has 135 carries for 605 yards and five touchdowns. Williams has 117 carries for 568 yards and two touchdowns.

Minus Gordon, the Broncos would move Mike Boone (no carries in seven offensive snaps this year) up to No. 2 behind Williams and call up Damarea Crockett from the practice squad.

Cornerback Nate Hairston, who sat out Thursday (hip), was working Friday during the media viewing period.

Darby’s best game. Cornerback Ronald Darby is still looking for his first interception since joining the Broncos, but coach Vic Fangio is encouraged by his current form.

“I think he’s playing his best ball,” Fangio said. “I thought he played his best game (against the Chargers). I expect him to continue to improve.”

The Broncos’ most expensive free-agent signing in March (three years, $30 million), Darby sustained a hamstring injury in the Week 1 win over the New York Giants and missed four games.

In man coverage against the Chargers, Darby allowed one completion for eight yards in three targets and also drew an offensive pass interference penalty. He was called for a holding penalty.

“Darby’s process during the week has gotten better,” defensive backs coach Christian Parker said. “He had his best week of practice last week and I told him that (last) Saturday.

“… He always practices hard and you don’t mind a couple of mistakes on Wednesday and Thursday because there is new stuff, but there were very few and he just felt very confident and he just had a good trust factor coming out of the bye week and it showed in the game.”

This story will be updated.