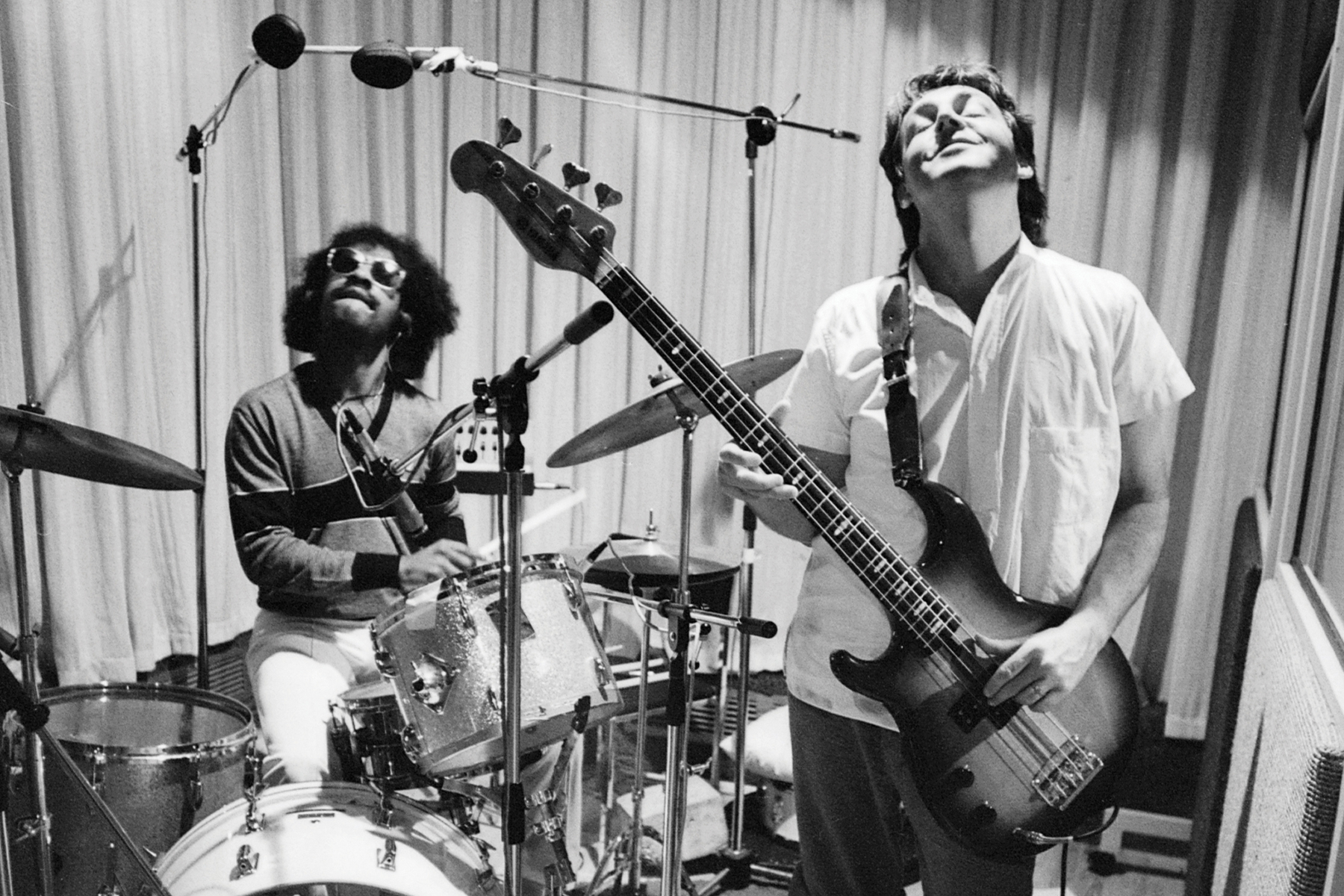 The Edge and producer Bob Ezrin have assembled a stunning collection of guitars and other musical instruments from Paul McCartney, Rush, Radiohead, Pearl Jam, Joe Walsh, Green Day, Ron Wood, Dave Grohl, Tom Morello, Noel Gallagher, Joan Jett, and many others to benefit Music Rising, the charity they formed in 2005 to aid musicians devastated by Hurricane Katrina. Guitars Icons: A Musical Instrument Auction to Benefit Music Rising will take place on December 11th at Van Eaton Galleries in Los Angeles, but bids will also be accepted via the Internet.

Some of the most notable items come from U2’s private collection, including the 2005 Limited Edition Gibson Les Paul Music Rising guitar that Edge played during “One” on the Joshua Tree tours of 2017 and 2019 along with many other shows during the past 15 years, including the 2006 Grammys where the guitarist performed alongside Bruce Springsteen and Elvis Costello. They’re also selling the Custom Signature Fender Stratocaster that Edge used on “Bad” and I Still Haven’t Found What I’m Looking For” in 2017 and 2019, Adam Clayton’s Fender Standard Precision Bass he used on “A Sort of Homecoming,” “Bullet The Blue Sky,” “Running to Stand Still” and “One Tree Hill” in 2017, and Bono’s Custom Gibson ES-175 Electric Guitar he played throughout the 1992/92 Zoo TV tour on “The Fly” and “Angel of Harlem.”

The organization is also auctioning a Yamaha BB-1200 Electric Bass Guitar that McCartney played on Wings tours in the late Seventies, a Gibson Custom Shop “Victoria” Les Paul Goldtop Model Electric Guitar signed by Slash, Gallagher’s Telecaster guitar he played on the road with the High Flying Birds, an autographed Yamaha Motif-8 Keyboard that Elton John used on the road for nearly a decade, Alex Lifeson’s Signature Hughes & Kettner RUSH Amp and Cabinet Half Stack that were used on Rush’s 40th anniversary tour, a Fender Stratocaster that Eddie Vedder smashed onstage at Wrigley Field in 2018 during the conclusion of “Baba O’Riley,” and three guitars that were played by Lou Reed.

In addition, Ron Wood, Green Day, Bruce Springsteen, the Kings of Leon, Joan Jett, Johnny Marr, Tom Morello, and Win Butler have all contributed signed guitars from their own collections.

“The music of New Orleans has influenced various styles of music borrowed from early traditions,” The Edge said in a statement. “It is the birthplace of jazz and represents a musical culture which bears great significance to most every genre today.  I can’t imagine what it would feel like to lose my ability to do what I love – making music. Unfortunately there are many musicians and crew members who continue to struggle since the pandemic. If this multigenerational chain is broken, we lose more than just a few concerts we lose an entire culture that stretches back centuries. Some of the world’s greatest musicians and friends of Music Rising have generously donated their personal instruments to raise money for Music Rising. We hope you have a chance to bid on one or more of the beautiful instruments in the auction. The monies raised goes to musicians and crew. Your support continues to be invaluable to Music Rising.”

Stormzy is hosting a Christmas party for Croydon residents

Which streaming service has the best Christmas movies?

Charli XCX laughs off wardrobe malfunction as she presents…

Natasha Rothwell On What It Was Like Writing For SNL

FACT CHECK: Viral Image of People Sleeping on Road on a…