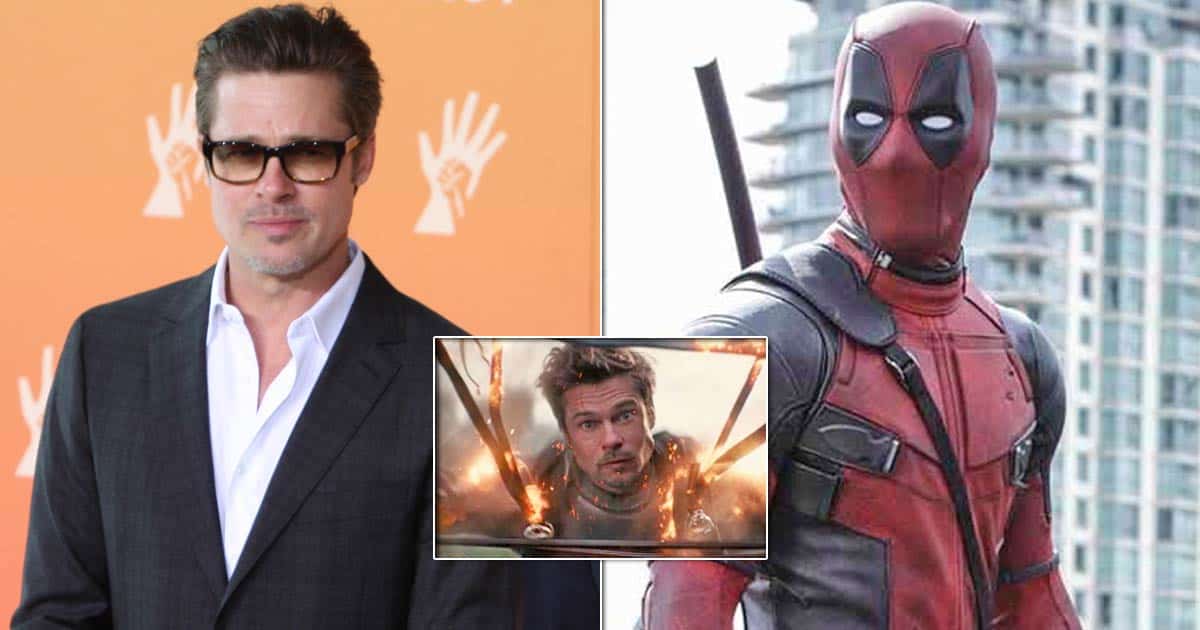 The craze and frenzy that Ryan Reynolds’ Merc With A Mouth franchise Deadpool drives on are insane. The actor who has by now done two films as Wade Wilson has only expanded the fanbase and people have welcomed the R-rated dark humor with open arms. But we must also credit the Easter eggs and the amazing cameos who have kept us all hooked to the franchise. Even Brad Pitt had a few-second special appearance, who are we kidding that we don’t hook out hopes to the cameos?

Yes, if you aren’t aware Deadpool 2 came just a couple of years after the first brought back Wade Wilson to the game. This time he wanted to build an X-Force kind of a team and even collected some gems. One of with was Vanisher who was invisible for almost all the time. Until he saw his end by falling on electric cable and dying by revealing himself.

And the revelation moment told us that it was none other than one of the biggest Hollywood stars Brad Pitt. The actor who now reunites with Deadpool 2 director David Leitch for Bullet Train is talking about making that appearance and why he agreed to do a few seconds role. Read on to know everything you should about the same.

David Leitch has worked as Brad Pitt’s stunt double in the early 00’s films including Fight Club. So when he got on to direct Deadpool 2 with Ryan Reynolds, it was a good news for Brad who was happy for the filmmaker. So when the call to play the Vanisher came in and that two just for a few seconds in a blink and miss appearance, Pitt was least bothered about the calculations and said yes.

Brad Pitt, as per Screenrant, while talking about shooting for Deadpool 2 said, “What was shooting that like? Pretty much, easiest thing I’ve ever done. Dave’s an old friend of mine and he used to be… he was my stunt double starting with Fight Club and all the way up till about 2004. And then he went off and became a really good director, which is rare. Rare. Ryan called and like, why not?”

And so streams the ‘Days of Our Lives’

Speed limit POLL: Should rural roads be reduced to 20mph to…

Dead Island 2 listed on Amazon with art, screens, and Feb…