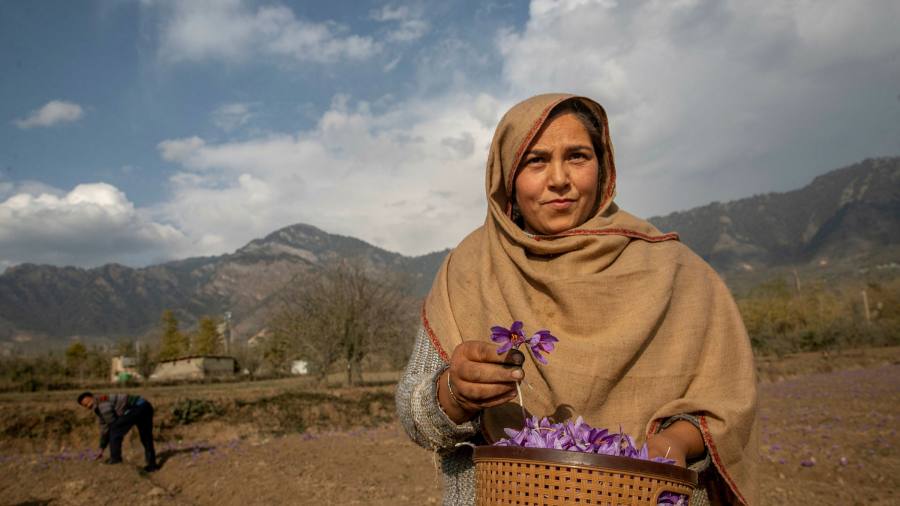 For thousands of years, delicate golden-red strands of saffron were carried along the Silk Road, adorning fragrant pilafs and sweet puddings from the Persian empire to the Spanish royal court. Cleopatra was said to take saffron-infused baths.

But the coronavirus pandemic has thrown this ancient trade into disarray, closing restaurants, slashing consumer spending and sending demand for the world’s most expensive spice tumbling.

Farmers in Iran and India’s Kashmir region, the world’s first and second-largest growers respectively, are struggling. Afghan growers, who had been encouraged by western governments to increase saffron production, are once again cultivating opium poppies.

Prices for the labour-intensive spice — more than 100,000 saffron crocus flowers are handpicked for every kilogramme of saffron — have plummeted this year. Covid-19 forced the closure of the hospitality industry globally and curtailed festive or religious ceremonies on which the trade depends.

Prices for Iranian saffron imported into Europe, a leading market, have fallen more than a third since the start of 2020 to €35,384 per 100kg, according to commodity data group Mintec. Kashmiri saffron, which is mostly consumed in the large Indian market, has dropped 25 per cent in price over the same period.

In Iran, which produces the bulk of the world’s supply at about 400 tonnes a year, a ban on ceremonies such as funerals has meant not as many saffron-heavy Persian meals that traditionally follow such occasions.

Fewer pilgrims have travelled to the holy city of Mashhad, in the country’s north-eastern saffron-growing heartland, from where they typically return with bundles of the spice as a souvenir.

“It’s not a good time to do business,” said Babaak Golyardi, whose Netherlands-based Saffraan trades Iranian saffron, adding that his customers have stopped putting in orders.

Hadi Movahedan, a trader in Iran’s Khorasan Razavi province, said a client who usually bought 100kg bought less than half that this year.

Gholam-Reza Miri, head of Iran’s saffron exporters association, said the country was facing a saffron glut after boosting production in recent years, particularly after farmers beyond the country’s north-east took to growing the lucrative crop.

In India, Kashmiri saffron growers were already struggling with erratic rains caused by climate change and disruption following decades of violence in the restive Himalayan territory.

The sharp drop in prices following the pandemic was the final straw for Aamir Hameed, a 23-year-old whose family has cultivated the crop for generations in the Kashmir Valley. He has all but abandoned his online saffron trading venture, which barely survived last year’s internet blackout.

“This is a [industry] that’s dying,” he said. “If we don’t reclaim it, rejuvenate it, it will go extinct.”

India’s government this year certified Kashmiri saffron with a geographical indication tag and has spent $32m in a scheme to revive the sector, but growers said far more investment was needed.

The country now meets the bulk of its domestic demand with imports from Afghanistan.

But there, too, financial pressures stemming from the pandemic have led some saffron farmers to switch back to growing more lucrative opium poppies, according to local people. This has been in the country’s south, which had been a focus of saffron-growing initiatives, according to Radio Free Afghanistan.

One bright spot for saffron producers has been stronger medicinal demand from China, where consumers have sought out the spice in immunity-boosting traditional medicines, according to Mr Miri of Iran’s exporters’ association.

Other producers remain downbeat, however. “What can we do?” said Sajjad Ahmad, a grower in Kashmir. “We leave it up to God.”

‘Simple’ way to dry clothes ‘sufficiently’ without a tumble…