Sam Gooden, Founding Member of the Impressions, Dead at 87 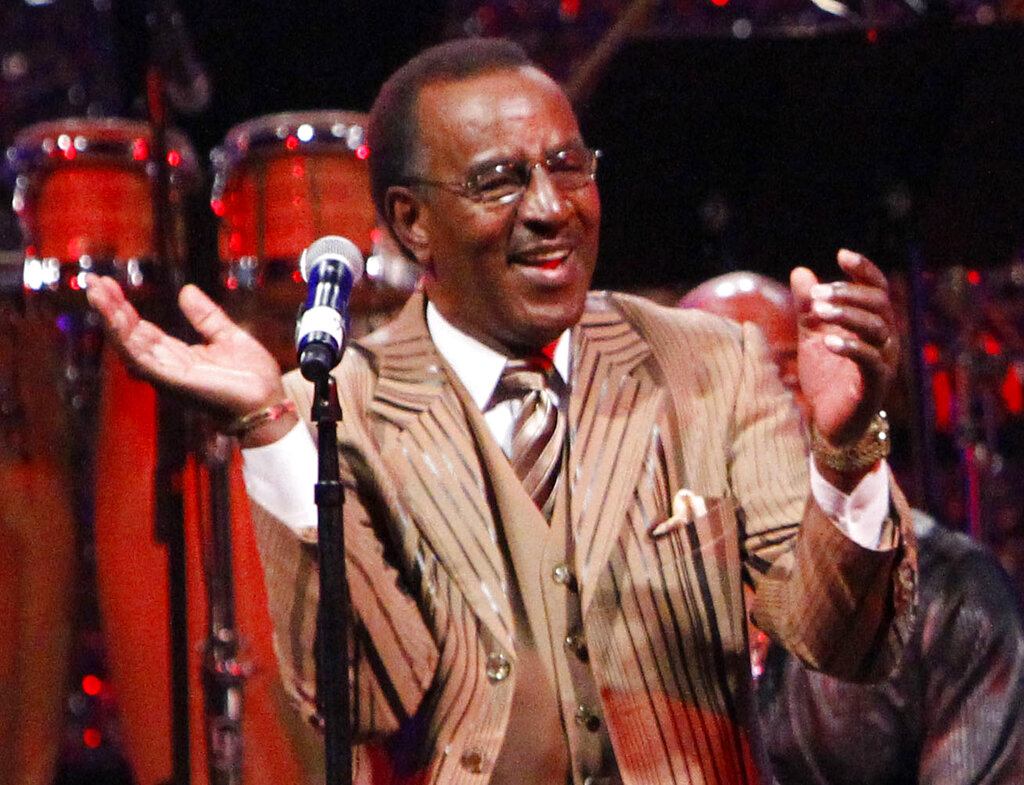 Sam Gooden, founding and longest-serving member of the Rock and Roll Hall of Fame-inducted soul group the Impressions, has died at the age of 87.

Gooden’s daughter Gina Griffin confirmed her father’s death Thursday in his hometown Chattanooga, Tennessee to the Associated Press. No cause of death was provided, though ChattanoogaRadioTV.com reported that Gooden’s health had declined in recent years, including kidney and breathing issues.

Following a stint in the army, Gooden moved to Chicago, where he and fellow Chattanooga singers and brothers Arthur and Richard Brooks were joined by Chicago childhood friends Curtis Mayfield and Jerry Butler in a doo-wop act called the Roosters. The group were soon renamed Jerry Butler and the Impressions in 1958, under which they recorded their first R&B hit “For Your Precious Love.”

Following the Brooks brothers’ exit, the group rebranded as a trio now simply the Impressions, with Mayfield assuming leadership of the act. With Mayfield as the Impressions’ primary songwriter and lead singer following Butler’s departure, the group released a string of early Sixties hits including “Gypsy Woman,” “It’s All Right,” and their classic “People Get Ready.”

The latter single was touted as the unofficial anthem of the Civil Rights movement, and was later inducted into both the Library of Congress’ National Recording Registry as well as the Grammy Hall of Fame.

“Their string of mid-Sixties chart successes – which included such lustrous soul jewels as ‘It’s All Right,’ ‘You Must Believe Me’ and ‘I’m So Proud’ – rivaled that of the Motown hit factory,” David Fricke wrote in Rolling Stone in 1991 upon their Rock Hall induction.

“The Impressions continue to be a major influence on popular music. Their sound and vision can still be heard – in rap, contemporary-soul balladry and the incipient school of black rock.”

Gooden provided the Impressions’ bass vocals for the entirety of the group’s run, which concluded when he and fellow longtime member Fred Cash (who replaced Butler) retired the act in 2018. Although Mayfield himself left the Impressions in 1970 to pursue his own legendary solo career, the Impressions continued recording and performing, including their final Hot 100 hit “Finally Got Myself Together (I’m a Changed Man)” in 1974.

Gooden, who sang lead on Impressions songs like “Aware of Love” and “I Wanna Be Around,” was inducted into the Rock and Roll Hall of Fame in 1991 along with his band mates, as well as the Vocal Group Hall of Fame.

Remembering Sam Gooden of 1991 Inductees The Impressions, whose music effortlessly bridged R&B with the sound of the civil rights movement. As an original member, Gooden’s uplifting voice was an essential component of The Impressions’ unique vocal blend. 1/2 pic.twitter.com/7zPXF80ZAX

Decades later, Gooden was invited to the White House to meet then-President Barack Obama. “He invited us, and it was wonderful.  He told us he was proud of us, and that’s something you never forget,” Gooden told ChattanoogaRadioTV.com.

Here Are YouTube’s Top Videos And Creators Of 2022

Streets of Rage Composer is Making a Brand-New Game……

How A Rock Star, A Physician-Legislator, And An Evangelical…