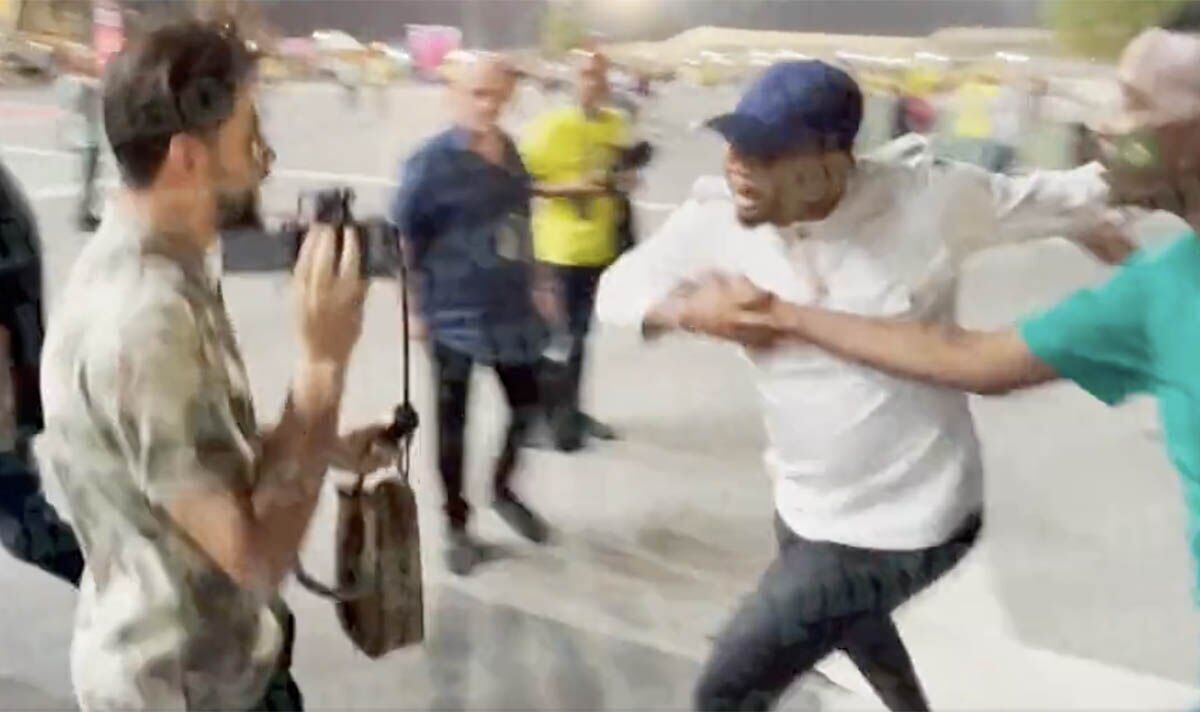 Samuel Eto’o has been filmed appearing to lash out at a World Cup supporter who was filming him outside a stadium in Qatar. The former Barcelona and Inter Milan striker, who was one of the best players of his generation, appeared to be left riled after the person in question said something to him. The former Cameroon international was involved in the scrap after watching Brazil beat South Korea 4-1 at Stadium 974.

Eto’o has been attending matches in Qatar and, prior to Switzerland’s 1-0 win over Cameroon earlier in the tournament, stood alongside FIFA president Gianni Infantino on the pitch.

Now, however, he’s making headlines for all the wrong reasons after appearing to react violently to a supporter filming him.

The Football Federation president was asked questions by the supporter, with La Opinion then publishing a video. The footage starts off well enough, with Eto’o appearing to be in a good mood as he posed for pictures with eager footballing fanatics.

But things then went south with Eto’o reacting angrily to a fan holding a camera and asking him questions.

The Cameroon striker appeared to knee the man in retaliation, with his entourage trying to take the camera away from the fan.

Eto’o gave his mobile phone to a friend and went for the man, using his right knee to hit him in the face and send him falling to the ground.

Those there to witness the commotion then dragged him away.

Eto’o was reportedly asked what made him react in such a manner, but refused to shed more light on the situation.

The Cameroon legend is now likely to be the subject of investigation and it remains to be seen what happens next.

The incident all unfolded after Brazil breezed past South Korea to book their place in the quarter-finals of the World Cup.

They opened the scoring through Real Madrid star Vinicius Jr in the seventh minute, with Neymar then converting a penalty just six minutes later.

Richarlison bagged his third goal of the tournament later in the first half, with Lucas Paqueta completing the rout.

Paik Seung-ho pulled one back for South Korea in the second half but it wasn’t enough, with his side exiting the competition.

Brazil boss Tite caused controversy by dancing with his players as they put their opponents to the sword.

He addressed his questionable moves after the contest by saying: “You have to learn how to do the moves. And the moves are very tight.”

He added: “I have to be very careful. There are people who are evil who will say that was disrespectful.”