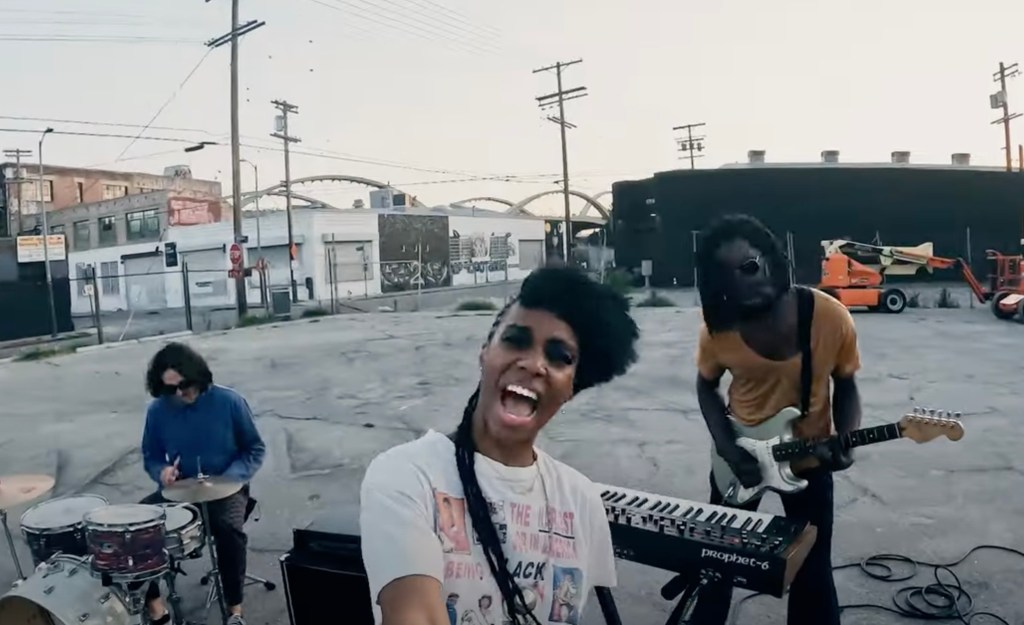 Santigold returns to her punk roots in the new visual for “Fall First,” the closing track on the singer’s recently released LP Spirituals.

The “video vignette” keeps with the punk aesthetic in both its DIY approach — it was seemingly filmed with no budget, just a band playing in an empty lot — as well as its runtime: While the album version of “Fall First” clocks in at over four minutes, the video itself lasts less than half that.

The artist born Santi White, who sang in the Philly punk act Stiffed before becoming Santigold in the 2000s, has previously shared similarly low-key videos for “Shake,” “Nothing,” and “Ain’t Ready” off Spirituals, which arrived earlier this month, her first studio LP since 2016’s 99¢.

“I want to continue branching out into all forms of art,” Santigold previously said in a statement. “And I’m really excited to let my music take me to new places.”

In a recent interview with Rolling Stone UK, Santigold explained that the album served as a lifeline for her during the pandemic.

“Spirituals is a nod to the traditional Negro spirituals. These contained songs that, when sung and performed, got Black people through the “un-get-through-able.” That’s what this record did for me. I wrote it in survival mode in LA and produced it in a little studio in the middle of the forest in western Canada during Covid,” she said. “Social justice protests were unfolding, fires were burning up California, and people were being shot by the police. I had little kids and had to be a mom, wife, human and artist. There wasn’t time to feel. It wasn’t until I made the space to create that I realised these songs were a lifeline and a way to connect to a higher version of myself and go deeper. I’ve never written lyrics faster in my life; they were pouring out of me.”