Saudi Aramco to sell billions of dollars in international bonds 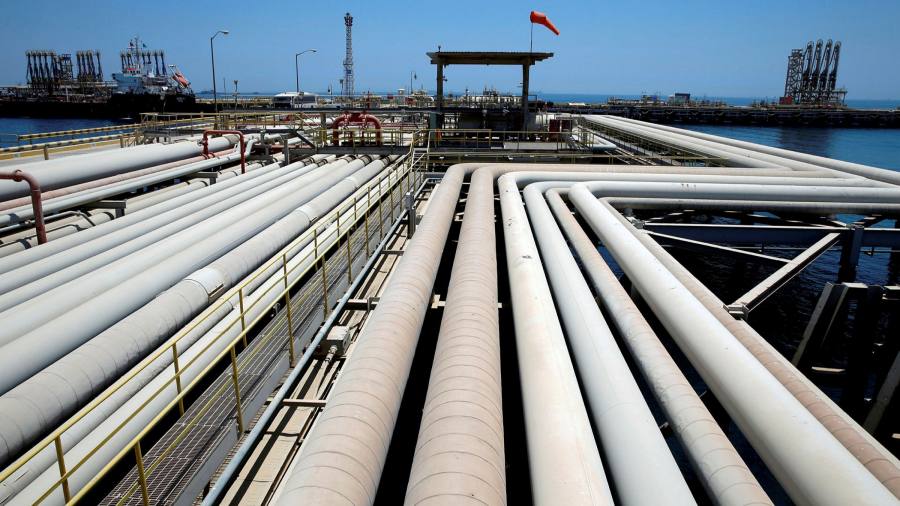 Saudi Aramco is seeking to sell billions of dollars in international bonds to bolster the oil company’s balance sheet and meet its $75bn dividend target as the coronavirus crisis hits its profits.

One year after it smashed records with demand for its debut bond, Saudi Arabia’s state energy company mandated banks to arrange investor calls from Monday, for potential bonds with maturities of between three and 50 years, according to bankers familiar with the deal.

Saudi Aramco, which floated its shares in 2019, earlier this month reported a 45 per cent drop in third-quarter net income to $11.8bn. The pandemic dramatically hit demand for oil and company earnings while its debt levels are surging. The upcoming bond issue is designed to fill a financial gap after that brutal year.

Still, the company has maintained its commitment to pay out $75bn to investors this year, almost all of which will go to its largest shareholder, the Saudi government.

Saudi Aramco is under growing pressure to cut its spending and raise cash to help buffer the kingdom, which faces a ballooning budget deficit as the pandemic and lower oil prices hit its economy. The company has cut capital expenditure by an estimated $25bn-$30bn this year.

Last week, rating agency Fitch lowered the outlook on Saudi Aramco from positive to negative over concerns about the government’s weaker finances. Its long-term rating was reaffirmed at A.

Despite the kingdom’s programme of fiscal consolidation, the budget deficit is forecast by Fitch to widen from 4.5 per cent of gross domestic product last year to almost 13 per cent in 2020, or about $90bn.

Saudi Aramco’s “ambitious” target of paying $75bn in annual dividends could result in post-dividend free cash flow turning negative in 2020 and 2021, before breaking even through 2023, the rating agency said.

To prop up oil prices and help bring an oversupplied oil market into balance, Saudi Arabia-led Opec and allies outside the cartel including Russia earlier this year agreed to record levels of production cuts of 9.7m barrels a day. The curbs have since fallen to 7.7m b/d. Oil ministers are due to decide in the coming weeks whether to ease them further as part of a previously agreed tapering programme.

At the same time Saudi Aramco, which is the kingdom’s largest revenue generator, has seen its debt levels escalate as it acquired a majority stake in Saudi chemicals group Sabic from the country’s public investment fund for $69bn.

Fitch said estimated debt of government companies, pegged at 22 per cent of GDP last year, was increasing, led by Saudi Aramco and the Public Investment Fund, one of the kingdom’s leading investment vehicles.

Citi, Goldman Sachs International, HSBC, JPMorgan, Morgan Stanley and NCB Capital are the underwriters for the new debt, according to a statement to the Tadawul stock exchange in Riyadh.