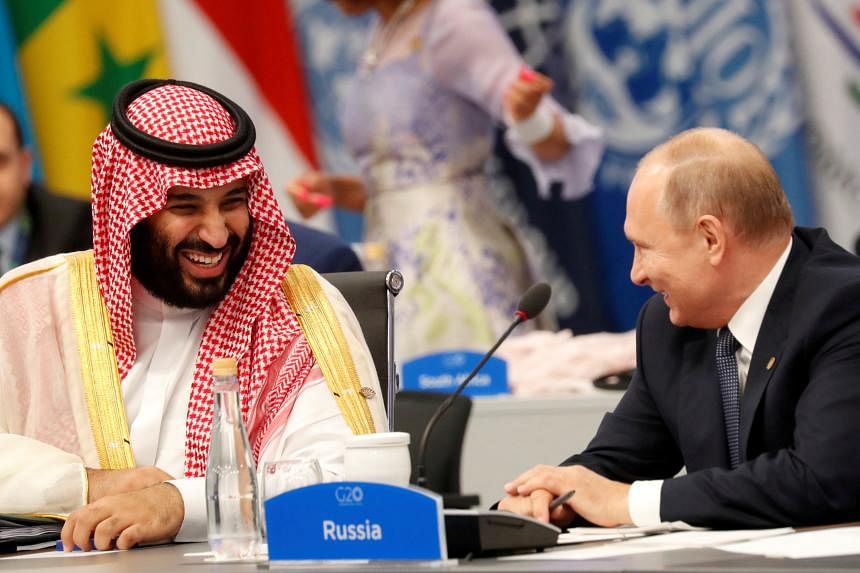 RIYADH – Saudi Arabia has won a diplomatic victory by securing freedom for foreign fighters captured in Ukraine, signalling the value of the crown prince’s alliance with Russia to Western partners seeking to isolate Moscow over the war there, analysts say.

Crown Prince Mohammed bin Salman may also find that the initiative – intentionally or otherwise – helps take him a step nearer international rehabilitation after the 2018 murder of Jamal Khashoggi damaged his reputation, they say.

With Prince Mohammed’s mediation, Russia on Wednesday released 10 foreigners it had captured in Ukraine, including five Britons and two Americans.

Kristian Ulrichsen, a political scientist at Rice University’s Baker Institute in the United States, said the working relationship between Saudi Arabia and Russia appears to have been a crucial element in the choice of intermediary.

“By sanctioning this mediation and delivering results, Mohammed bin Salman is able to present himself as capable of playing the role of regional statesman in a way that counters the narrative of the crown prince as an impulsive and disruptive actor,” Ulrichsen said.

Prince Mohammed’s initial image as a bold reformer was battered by the 2018 murder of Khashoggi, a Washington Post columnist, at the hands of Saudi agents seen as close to MbS.

He denies ordering Khashoggi’s killing while saying he ultimately bore responsibility as it happened under his watch.

In remarks to the BBC, Saudi Foreign Minister Prince Faisal bin Farhan said the motivation behind Saudi Arabia’s involvement in the prisoner release was humanitarian. He denied the Crown Prince had become involved to rehabilitate his reputation.

“That didn’t factor into it. I think that’s a very cynical view,” he said. He added that on the conflict itself, the kingdom wanted to see a negotiated solution and Riyadh was committed to trying to help secure that outcome.

Prince Faisal said the crown prince had engaged with Putin to work out a prisoner deal since April, when he “understood” the issue of the five British citizens following a visit to the kingdom by then British Prime Minister Boris Johnson.

“His Royal Highness was able to convince President Putin that this is a humanitarian gesture that is worthwhile, and this is how we achieved this result,” Prince Faisal told Fox News.