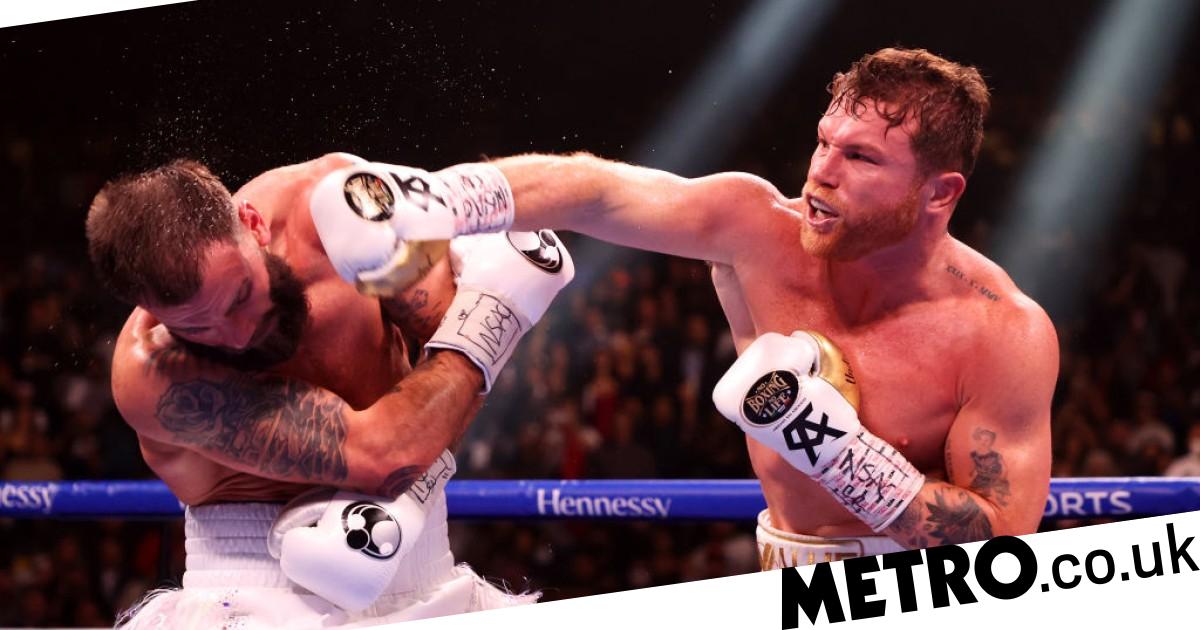 Saul ‘Canelo’ Alvarez is the undisputed super-middleweight champion of the world after a thrilling knockout victory over Caleb Plant in Las Vegas.

Having collected the WBC, WBA and WBO belts during an incredible run over the last 11 months, he has now unified the division by taking Plant’s IBF title after an 11th round knockout.

He is the first man to achieve that feat in the super-middleweight division.

The Mexican superstar could now move up to the light-heavyweight division in search of more dominance, having already won a title at that weight in 2019 when he knocked out Sergey Kovalev.

The American got to his feet to meet the referee’s count before Canelo waded in for the kill, dropping his man for the second time with the referee stepping in to call it off.

The 30-year-old outpointed Callum Smith to win the WBC and WBA belts last December before stopping Billy Joe Saunders in devastating fashion in May to win the WBO title.

Plant, who entered the contest with a 21-0 record, becomes his latest victim.


MORE : Zach Parker confident shot at Canelo Álvarez’s WBO belt is ‘just around the corner’ if he beats Marcus Morrison


MORE : Caleb Plant fighting on after heartbreaking family tragedies as he seeks to dethrone Canelo Alvarez