SEC chair Jay Clayton to step down by end of year 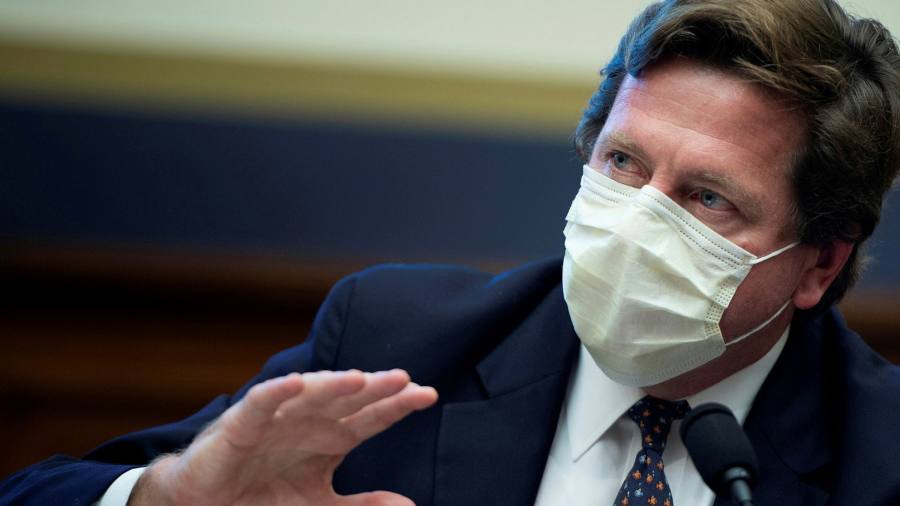 Jay Clayton, the chairman of the Securities and Exchange Commission, said on Monday he would depart the US securities regulator at the end of the year.

Mr Clayton, a veteran Wall Street lawyer before his appointment by Donald Trump in 2017, has overseen a deregulatory push designed to make it easier for companies to raise capital.

During more than three and half years in office, the SEC chairman has also refocused the commission’s enforcement programme towards cases that directly harm retail investors.

In a statement on Monday, Mr Clayton said he had “improved investor protections, promoted capital formation for small and larger businesses, and enabled our markets to function more transparently and efficiently”.

“I would like to thank President Trump for the opportunity, and the support and freedom, to lead the women and men of the SEC,” Mr Clayton said.

His departure comes ahead of a change of administration in January, with a new SEC chair appointed by Joe Biden likely to strike a tougher stance on big banks and other powerful market players.

Mr Clayton had previously signalled that he would leave his position even if Mr Trump had been re-elected.

Earlier this year, he made a pitch to Mr Trump for the role of US attorney in Manhattan, embroiling himself in political controversy when the incumbent, Geoffrey Berman, was suddenly fired by the president. Mr Clayton told Congress he had been seeking a move back to New York from Washington.

The furore was a rare bump in what has otherwise been a smooth tenure, with Mr Clayton, a political independent, quietly working to deliver regulatory changes that have won approval from big business groups.

Mr Clayton’s rule changes have included restrictions on proxy advisory companies that are the bane of corporate executives, an easing of auditor conflict-of-interest standards, and regulations for broker-dealers that stepped back from tougher Obama-era requirements.

The SEC’s enforcement programme under his stewardship has continued to bring in a record level of monetary penalties, driven by Ponzi schemes and investment advisory cases as part of Mr Clayton’s focus on wrongdoing that hits the pockets of ordinary investors.

He has led a crackdown on cryptocurrencies, in particular, taking aim at the flurry of “initial coin offerings” that has now largely abated in response to aggressive SEC action under Mr Clayton.