Segregated schools once educated Mexican Americans across the Southwest 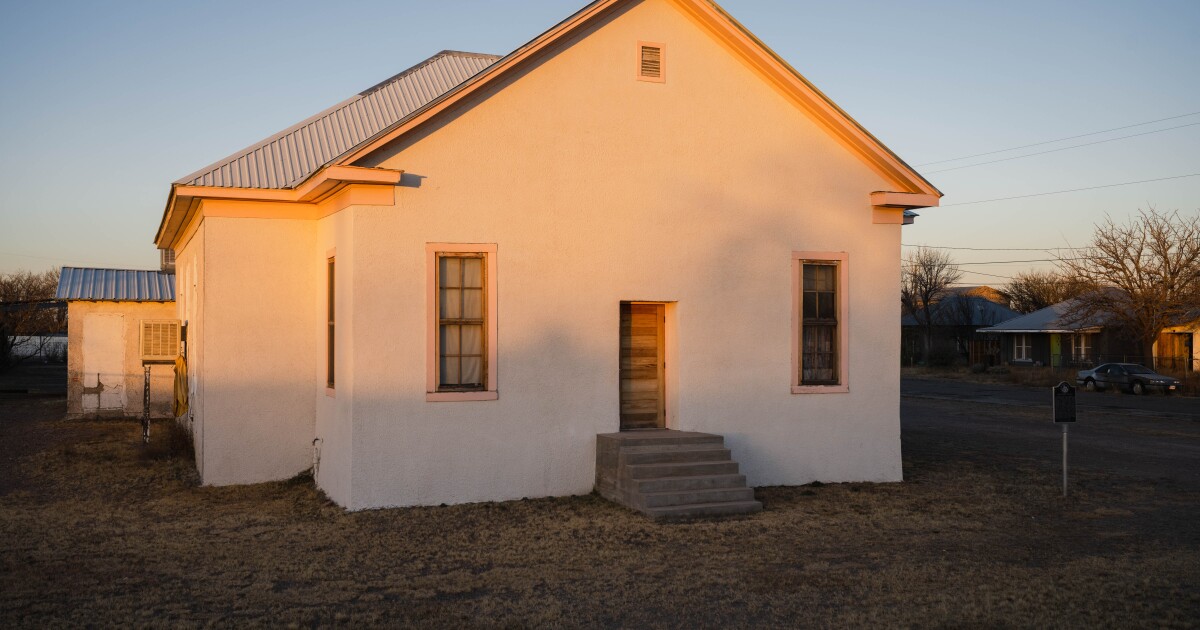 The U.S. Senate unanimously passed legislation co-sponsored by Sen. Alex Padilla (D-Calif.) to turn a formerly segregated, “Mexican” school in west Texas into a historic site, the first of its kind.

“We’ve taken an important step in telling a more inclusive story of the rich, yet often painful, story of our nation,” Padilla said after the vote Thursday. “Latino history is American history. Understanding our nation’s history of segregation and discrimination in places like the Blackwell School, which serves as an important touchstone of Mexican heritage in Marfa, is integral to building a more inclusive and just future for our country.”

Segregated schools once educated Mexican Americans across the Southwest, but they have since been abandoned or converted into offices and community centers. The Blackwell School in Marfa — about 180 miles southeast of El Paso — is one of the few still standing. Opened in 1909 as a three-room “Mexican school,” Blackwell expanded to half a dozen buildings, educating more than 4,000 children before it closed in 1965.

Former students banded together to preserve the school, forming the nonprofit Blackwell School Alliance. They turned the school’s remaining building into a museum where they share memories, including how they were paddled by teachers for speaking Spanish. They lobbied for their alma mater to become a historic site, testament to the segregation immortalized by the movie “Giant,” filmed in Marfa in 1956. They won backing from the National Parks Conservation Assn. and Texas Sen. John Cornyn.

“Texas has a rich and diverse history, and it’s time for this piece of our story to receive proper recognition,” Cornyn said.

The Blackwell School National Historic Site Act already passed the House, but the Senate made minor changes, so it will now go back to the House for a final vote before being sent to President Biden.

“We used to think of the Blackwell School, rightly, as an important local and personal story. Yet the more research we did and the more people outside Marfa learned about it, the more we came to understand how much critical American history is represented inside these old adobe walls,” said Gretel Enck, president of the Blackwell School Alliance.

“We have worked a long time to advocate for this special place, and now we have the opportunity, and the obligation, to share these stories with a wider audience. Alumni deserve to have their stories known, and today that goal is one step closer to achieved.”

Mercedes Vision AMG journeys into the future of electric performance

How Green Pharma Can Cure Disease and Save the Planet

Green Book Actor Frank Vallelonga Jr. Is Dead At 60, Someone…

Where You’ve Seen The Welcome To Chippendales Cast