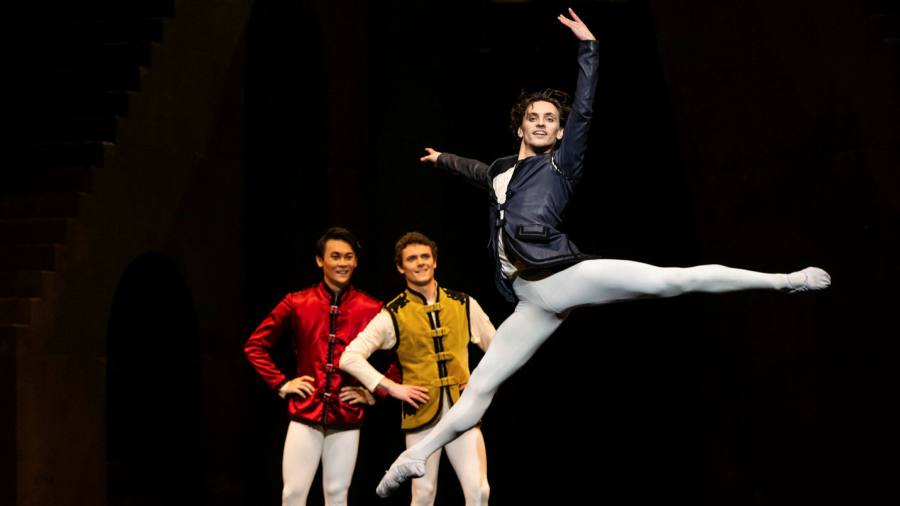 My desk diary for 2012 had “R&J Polunin” inked in for March 10, but there is a red line through it because the Ukrainian star, who was scheduled to learn a string of major roles that season, had a total meltdown, saying goodbye to the Royal Ballet and, it seemed, his career. On Wednesday night London finally got to see his Romeo at the Royal Albert Hall in the 2019 production conceived and choreographed by his former Covent Garden colleague Johan Kobborg. His Juliet was Alina Cojocaru.

Polunin had a prodigious talent but was a late developer in other ways. Still only 32, he has been working hard to clean up his skin (bye-bye giant Vladimir Putin tattoo), regain his work ethic and rebuild his reputation. The collaboration with Kobborg was a wise move. The Danish star is a fine teacher and his apprentice pieces for the Royal Ballet and his much-missed 2005 staging of La Sylphide proved his talents as dancemaker and director. His Romeo & Juliet boldly attempts to scale the story down for the modest ensemble using a (taped) edit of the Prokofiev score. This is completely understandable but not entirely successful.

Seasoned Romeo goers might be quite attracted to the idea of a streamlined scenario — no nurse, no padding, no prostitutes (hooray!) — but Kobborg’s 90-minute dash through the key moments is curiously vague and uninvolving. The ensembles of MacMillan or Nureyev or Grigorovich aren’t just a job-creation scheme for the corps de ballet; the Verona townspeople and the family feud that divides them are a vital force in the countermovement. Sword fights alone aren’t enough and without this living backdrop it’s just boy loses girl.

Kobborg begins (as Shakespeare does) with a spoiler: two dead bodies in front of David Umemoto’s shape-shifting set of stairways and arches (MC Escher meets the Castelvecchio). He then introduces the lovers with a brief solo. Polunin’s incessant leaps and double tours are catnip to a fan base won via his “Take Me to Church” video and Kobborg cleverly blurs the very rough edges of that once godlike technique with deliberately unclassical landings and flailing port de bras.

Cojocaru, 40 going on 14, remains a miracle of girlish lightness and, despite the breakneck pace of the exposition, we clearly see her mature from excited child to the passionate woman of the final scenes. The duets are fast and fiddly — the debts to Cranko and MacMillan are obvious — but there is, weirdly, no big bedroom pas de deux. Instead the lovers are given the Act Two music written for Lady Capulet’s grieving solo which is repurposed as an ugly, love-hate duet in which Cojocaru’s Juliet rages against the wreck of their hopes.

Polunin’s acting is more one-dimensional. He smiles, he frowns, he larks perfunctorily with his chums (a star turn for Daichi Ikarashi’s feather-footed Mercutio) but he is at his best in more melodramatic moments. The furious sword fight seemed real enough but I still haven’t seen his Romeo.

13 Outfits With Bootcut Jeans To Wear This Season

John Mellencamp On Songwriting, Springsteen, And Why He Is ‘The Luckiest Man’

We Are Simply Dreading the Return of Twee on TikTok