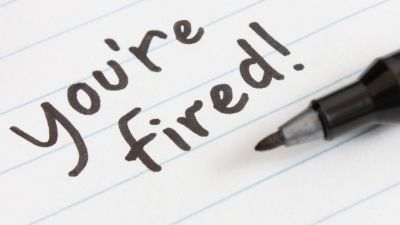 For the unversed, the startup sector has terminated 17,000-20,000 employees so far. Edtech firms like Vedantu, Unacademy account for a majority of axed employees.

New Delhi: Following the social media backlash, a section of IT firms have decided to offer benefits to their laid off employees. In a bid to help them traverse through bad times, some companies are providing benefits beyond the terms of contracts till the end of the policy tenure, reported Live Mint.

“There is a fear of social media backlash among many startups which could hamper future hiring prospects. Some of them have started paying a couple of months additional salaries to the exiting workforce and clearing the full and final payments as soon as possible,” the portal quoted Kamal Karanth, co-founder of Xpheno, which tracks startup and tech hiring as saying.

For the unversed, the startup sector has terminated 17,000-20,000 employees so far. Edtech firms like Vedantu, Unacademy account for a majority of axed employees. Earlier this month, Unacademy laid off 10 per cent of its workforce or nearly 350 employees, as funding winter deepens for the Indian startup ecosystem.

In an internal email to employees, Gaurav Munjal, CEO and Co-founder of the company, said that around 10 per cent of its employees across the group will be impacted, “and if you are one of the impacted — you will be receiving a detailed communication within 48 hours from HR”.

“Things are getting worse with each passing day. Even though we realised this much earlier and took some stringent measures such as reducing our monthly burns, controlling our operational spends, limiting our marketing budgets and identifying other redundancies within the organisation, it was not enough,” said the Unacademy CEO.

“I am deeply saddened to share that we will have to say goodbye to some of our extremely talented Unacademy employees. These would be across the Unacademy Group from verticals where we have to take a difficult decision either to scale down or shut,” Munjal said.

“I want to apologise to everyone sincerely since we made a commitment of no layoffs in the organisation but the market challenges have forced us to reevaluate our decisions,” he added.

Funding has significantly slowed down and a large portion of Unacademy’s core business has moved offline.

“This decision has not been easy and I take complete responsibility. You have contributed immensely to the success of Unacademy and the team will always be indebted to you. There is no easy way to do this and this is definitely not the kind of separation I would have wanted,” said Munjal.

Brexit debate returns with Sunak under pressure on immigrants