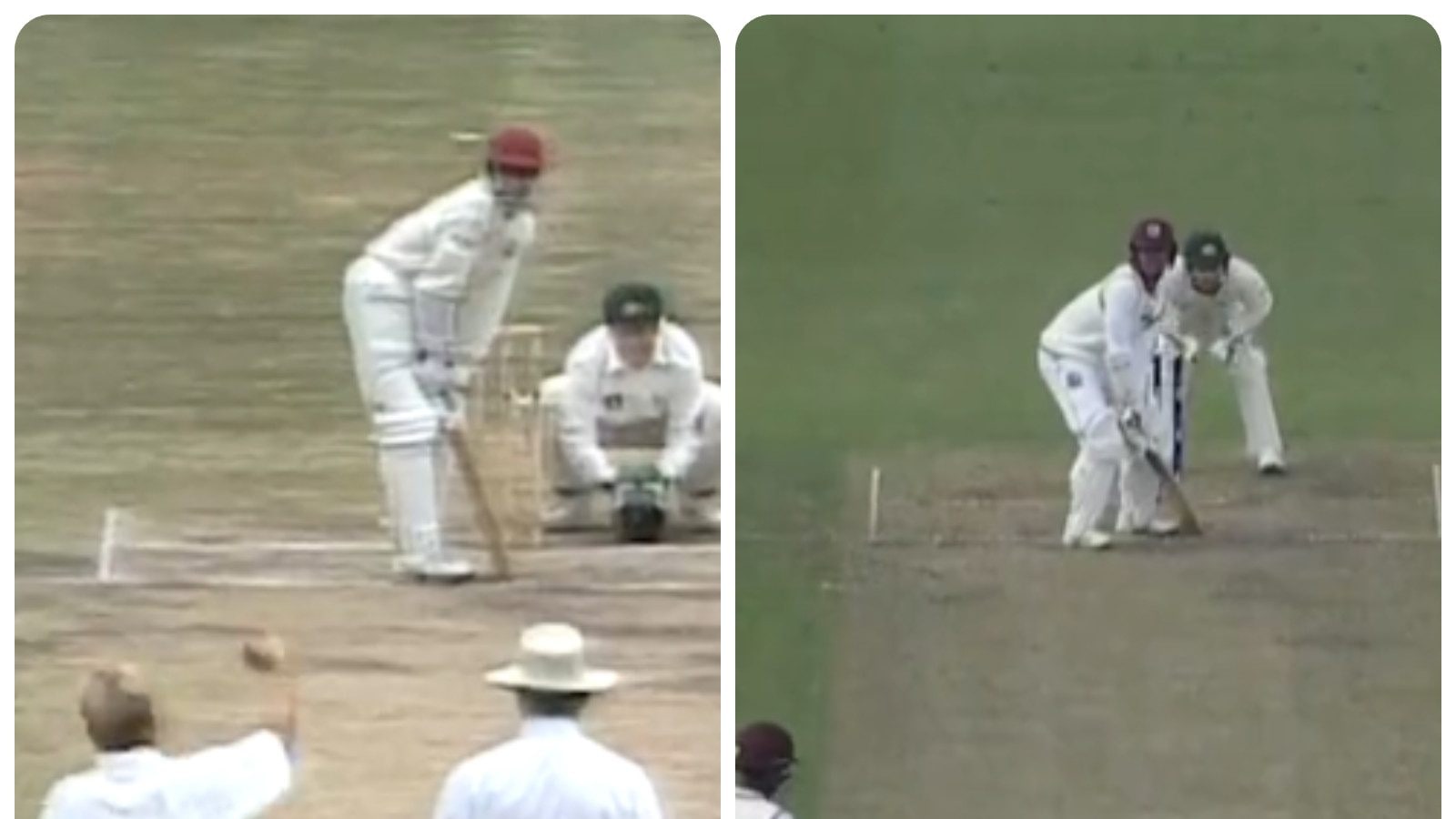 Tagenarine Chanderpaul, son of former West Indies cricketer Shivnarine, bolstered his chances of making an international debut against Australia by scoring a brilliant century against the Prime Minister’s XI side on Thursday. And following his sensational batting, the official Twitter handle of Cricket Australia shared a video montage of the father-son duo. The video featured some ecstatic shots played by both Tagenerine and his father Shivnarine.

“Meet the Chanderpauls,” read the caption of the post.

Tagenarine has been in fine form this year and the 26-year-old is currently the second-highest run-scorer in West Indies first-class cricket. His average in 2022 has been an astonishing 73.16.

Tagenarine has so far played 50 matches in first-class cricket and scored 2669 runs at an average of 34.21. Moreover, he has also claimed five centuries and 10 half-centuries in first-class cricket. In List A cricket, Tagenarine has till now played 19 matches and notched two half-centuries. Previously, Tagenarine showcased his impressive batting at the Under-19 World Cup in the United Arab Emirates back in 2014 and notched 293 runs in the event.

West Indies had started their batting on a solid note and recorded an opening partnership of 94. Skipper Kraigg Brathwaite was the first to depart for the visitors after scoring 47 runs. However, Tegnarine carried forward his superb batting and guided West Indies to a respectable total. Joel Paris and Mark Steketee scalped three wickets each for the Prime Minister’s XI.

West Indies cricket team are scheduled to play two Test matches against Australia. The opening Test match of the series is slated to start on November 30 at the Perth Stadium. The final encounter of the series will be played at the Adelaide Oval.

Denial of responsibility! Pedfire is an automatic aggregator of the all world’s media. In each content, the hyperlink to the primary source is specified. All trademarks belong to their rightful owners, all materials to their authors. If you are the owner of the content and do not want us to publish your materials, please contact us by email – [email protected]. The content will be deleted within 24 hours.
Prime Minister's XIshivnarine chanderpaulTagenarine ChanderpaulWest Indies vs Australia
0
Share