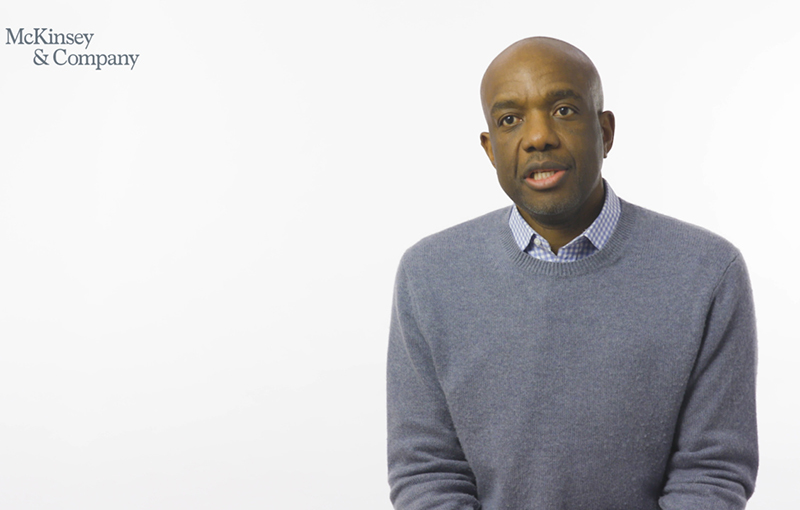 GOOGLE has tapped James Manyika, the head of McKinsey Global Institute, to become the company’s first Senior Vice President of Technology and Society.

The newly created position will report to Alphabet’s C.E.O Sundar Pichai and focuses on how tech affects society.

“I’m thrilled that James Manyika will be joining Google’s leadership team,” Pichai said in a statement.

“He’s spent decades working at the intersection of technology and society and has advised a number of businesses, academic institutions and governments along the way.”

Leaders for the intersection of tech and society aren’t particularly common at large tech companies. There are philanthropic roles, such as Microsoft’s global head of Tech for Social Impact or Twitter’s head of Social Impact and Public Policy, but this position appears to be more broadly an examination of the impact of tech on people’s daily lives.

Manyika’s work at McKinsey lines up with the new role; the McKinsey Global Institute works to understand the global economy through the economic impact of tech, productivity, labor markets and other topics.

A Google spokesperson said Manyika’s role works on “shaping and sharing” the company’s view on the way tech affects society, the economy and the planet. His areas of focus include the future of work, sustainability and the impact of AI.

Based in Silicon Valley for more than 20 years, James has advised the chief executives and founders of many of the world’s leading tech companies on strategy and growth, product, and business innovation. He has also advised other chief executives outside the tech sector on issues related to innovation, the digital economy, and other global trends. In addition to his leadership of MGI, James has led research on technology’s impact on business and the economy, the future of work, productivity and competitiveness, and corporations in the 21st century. James published a book on AI and robotics earlier in his career, more recently published No Ordinary Disruption on global economic trends, and continues to publish numerous articles and reports.

James was appointed by President Barack Obama to serve as vice chair of the Global Development Council at the White House and by two US Commerce Secretaries to the Digital Economy Board and to the National Innovation Board as part of the Competes Act. He serves on the board of the Council on Foreign Relations (CFR) and is a member of the Trilateral Commission. He has served on several national and international taskforces, most recently cochairing CFR’s taskforce on innovation and national security, and appointed by the governor to cochair the state of California’s future of work commission.

He is involved in research institutes including serving on the board of the Broad Institute of MIT and Harvard, and advisory boards at Oxford, MIT, LSE, and Stanford, including as a member of the steering committee for the 100-year study of AI, and at Harvard’s Hutchins Center for African and African American Research. He has been appointed a visiting professor at Oxford’s Blavatnik School of Government, and a member of the National Academies of Sciences, Engineering, and Medicine’s committee on responsible computing.

A Rhodes Scholar, James received a DPhil, MS, and MA from Oxford in AI and robotics, mathematics, and computer science, and a BS first class in electrical engineering from the University of Zimbabwe. He has been elected a fellow of the American Academy of Arts and Sciences, a distinguished fellow of Stanford’s AI Institute, a visiting fellow of All Souls, Oxford, a lifetime fellow of the Royal Society of Arts, and a research fellow of DeepMind.

James is on the boards of the Hewlett, MacArthur, and Markle philanthropic foundations and a trustee of the Aspen Institute. He was a nonresident senior fellow of the Brookings Institution in Economic Studies, a visiting scientist at NASA Jet Propulsion Labs, and a faculty exchange fellow at MIT. At Oxford, he was a member of the Programming Research Group and the Robotics Research Lab, and was awarded a research fellowship and elected a fellow of Balliol College.

Why 2022 Could Be Formula One’s Most Unpredictable Season Yet

How automakers are investing in Canadian EV production

Shehnaaz Gill Misses Sidharth Shukla as She Gears Up For…

More Resident Evil is coming to Dead by Daylight

‘Privileged to have pressure of No. 1 pick’ – The Denver…