Sing 2 release date: When is Sing 2 coming out? | Films | Entertainment 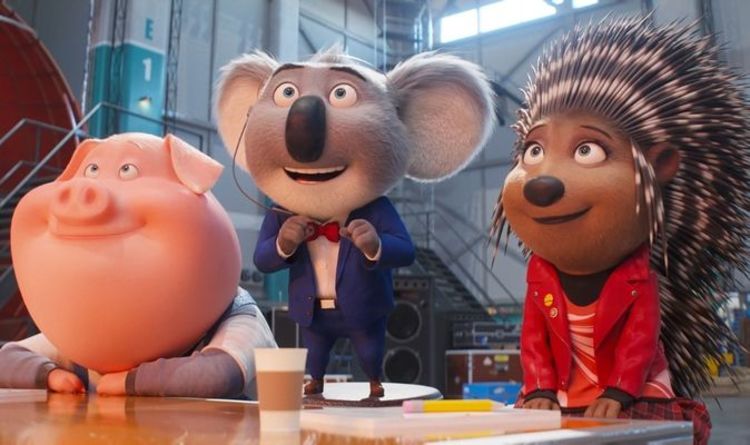 There’s been a six-year wait since the original Sing dropped in 2016. From the creators of Despicable Me, Minions, 2018’s The Grinch and The Secret Life of Pets, their musical hit is returning for a bigger, more emotional adventure. The sequel will be picking up directly after the events of the first film, with the old group now bringing onboard a classic superstar.

What is the release date of Sing 2?

For fans in the USA, they were lucky enough to catch the film on December 22, 2021, leaving UK viewers with an extra month before they could see it. Thankfully, the wait is over, as it will premiere on January 28, 2022, in the UK.

It has not been confirmed when the film will have a digital home release. Typically, there are at least 45 days between the cinematic premiere and when a movie will come to streaming. As Sing 2 is produced by Universal, it is unclear which platform it will drop on in the UK. The distributor has released content on platforms just 17 days after leaving the cinema, so the wait might not be too long.

Universal and Illumination, the creators of Sing, have not struck any deals with services for either film in the UK. However, it will still be available to rent from certain platforms such as iTunes, Google Play and YouTube following its theatrical run.

Once again, the film is boasting a star-studded cast comprising of the original team and more. Matthew McConaughey is voicing Buster Moon, the lead of the first film who will be taking centre stage for the sequel. He isn’t alone though with Reese Witherspoon’s Rosita, Scarlett Johansson’s Ash and Taron Egerton’s Johnny, all joining him again.

The biggest new addition for the team is Clay Calloway voiced by U2 singer Bono. His inclusion led the musician to write a new song, You Song Saved My Life, taking inspiration from his character in the film. The track is now a contender for Best Original Song at the Oscars.

It was never the intention for the sequel to receive an original song from Bono, but the singer-songwriter was so inspired by the themes of the film he was compelled to produce it. The writer-director of Sing 2, Garth Jennings shared the moment he heard the track, admitting it was the “highlight of my career”.

Speaking with Deadline, Jennings explained: “He played the part so well, and I was so happy. I said, ‘Oh, you did it, nailed it. We’ve got all those things up.’ ‘Perfect,’ he goes, ‘By the way…’ And he pulled his phone out of his pocket goes, ‘I wrote that song.’ And I was like, ‘What?’ He goes, ‘Yeah, here it is.’ And he started playing it straight off his phone, and I had a moment of horror, which was like, if I don’t like this song, how am I gonna tell Bono? It’s like, that could be the worst moment ever after we just had this great session. But I was overcome quite honestly, I was very emotional listening to it with him because not only was this song beautiful… I really love this song, even if it wasn’t in our movie.”

Despite being unintended, the director said it was the perfect song for the film, admitting that it provided a wonderful way to close the movie. At the time of writing, Sing 3 has not been confirmed, meaning this could be the last time viewers see the all-singing, all-dancing animal troupe. However, McConaughey did tease the third film in a recent interview.

Acknowledging the fact his character does not have a song or dance number in the sequel, he said: “Maybe Sing 3, but it wasn’t in this one and a lot of people have been saying that and I’m like that’s right, Buster Moon should sing, whistle, diddy, hum, dance, something. Oh, that’d be super fun. That could be it. Bring it up to the director, I’m with you. You hear that Garth?”

When Akshay Kumar’s Fan From Haryana Tried To Scale The Wall Of His Bungalow, Here’s What Happened Next

Stevie Wonder and More of the Same – The Hollywood Reporter

From shooting with Anil Kapoor to playing cricket and riding…