Siya Kolisi on record-breaking Springbok win: ‘I hope we made South Africa proud’ 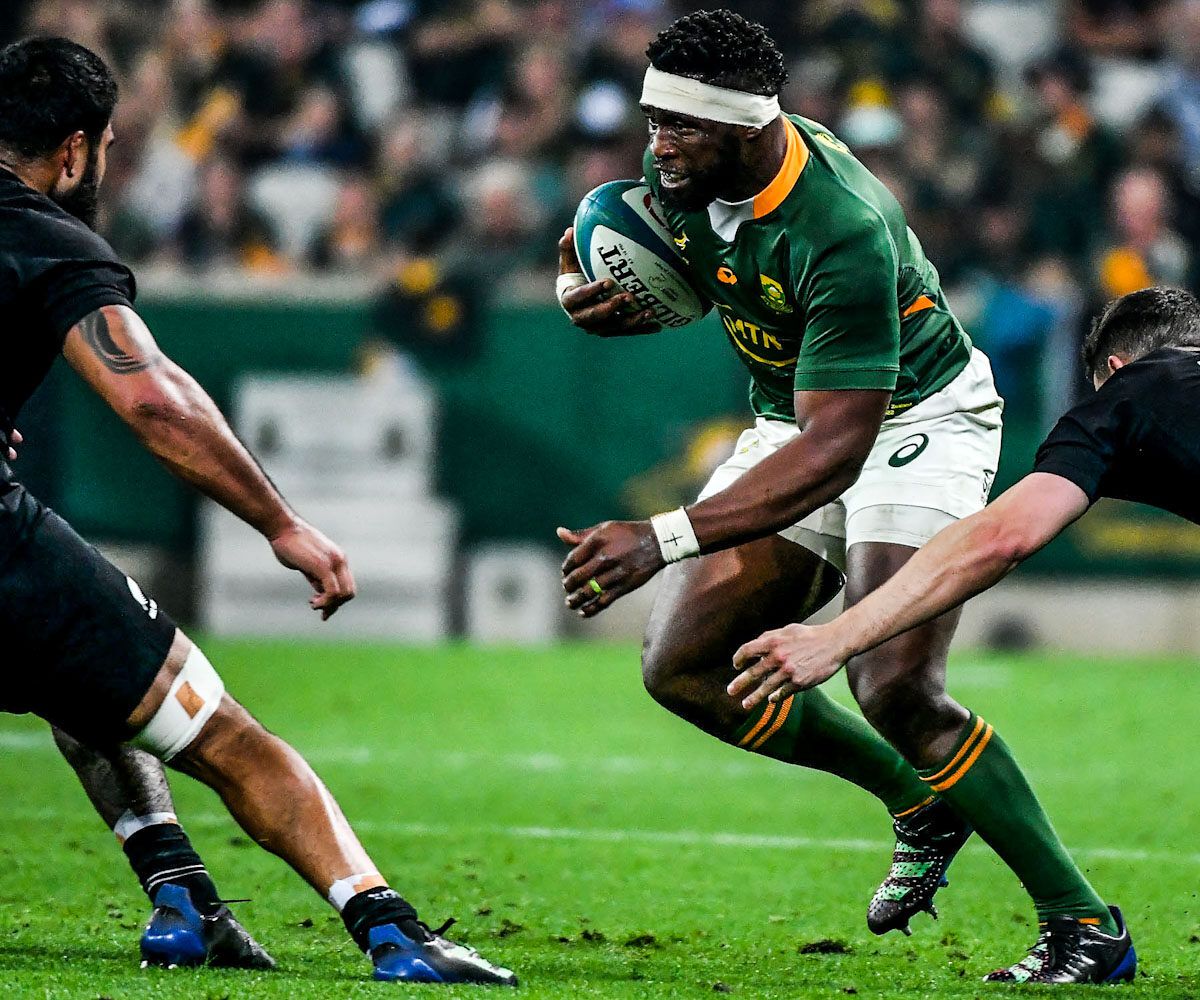 Springbok captain Siya Kolisi paid tribute to the team’s fans after their record-breaking win over New Zealand in the opening Test of the 2022 Rugby Championship at the Mbombela Stadium on Saturday.

READ | HAS IAN FOSTER LOST HIS MIND? ALL BLACKS TOOK A ‘STEP UP’ HE CLAIMS!

The Springboks’ 26-10 victory (half-time 10-3) was by the largest margin (16 points) since South Africa returned from international isolation in 1992 – and the second largest of all time.

‘I hope we made them proud’ – Siya Kolisi

WIN | TICKETS TO WATCH THE SPRINGBOKS FACE THE ALL BLACKS AT ELLIS PARK!

Siya Kolisi said: “I just don’t know how South African people do it.

“The way they turn up with everything that’s going on in our country. People who can still afford it, still come along and still full up the stadium for us and it means the world to us as a team.

“Running out and hearing people screaming like that it drives us as a team. That’s what Jacques [Nienaber] always reminds us: ‘it’s not about me’. If I make a mistake, I must keep on going because it’s about the people who are coming each and every time to watch us play.

“I hope we made them proud today, because they definitely got us going from the anthem onwards.”

The Boks scored two tries to one – from wing Kurt-Lee Arendse in the eighth minute and from replacement back Willie le Roux in the 80th – while Handre Pollard had a flawless day with the boot, kicking two conversions as well as three penalty goals and a drop goal for 16 of the points.

Nienaber said: “We spoke about it in the week and all we asked was to pitch up with intensity and try and be accurate in what we had planned, and I thought we did it well.”

However, the coach believes there is more to come: “I don’t think we’re the finished product yet.

Siya Kolisi added that the result was only one step in a long campaign: “It feels good tonight, but we know the Championship is not done yet,” he said.

“We have five more games to go but the next important one is next week. But to win tonight in front of a crowd like that was very special.”

Nienaber had a special word for praise for hooker Malcolm Marx who was named man of the match on his 50th Test as a Springbok.

“I thought he was outstanding – and that’s Malcolm,” said Nienaber.

“I have worked with him since he was an Under-20 in 2014 and it is phenomenal to see what a guy he has become. This was a milestone game and hopefully it will prepare the road going forward for him for the next 50 test matches.”

The Springboks will take on the All Blacks at Ellis Park in Johannesburg on Saturday, 13 August in the second of their Rugby Championship showdowns.

Blind date: ‘Best thing about him? He let me have a cube of his tofu’ | Life and style

Zoe Kravitz Wishes She Handled Her Reaction to Will…