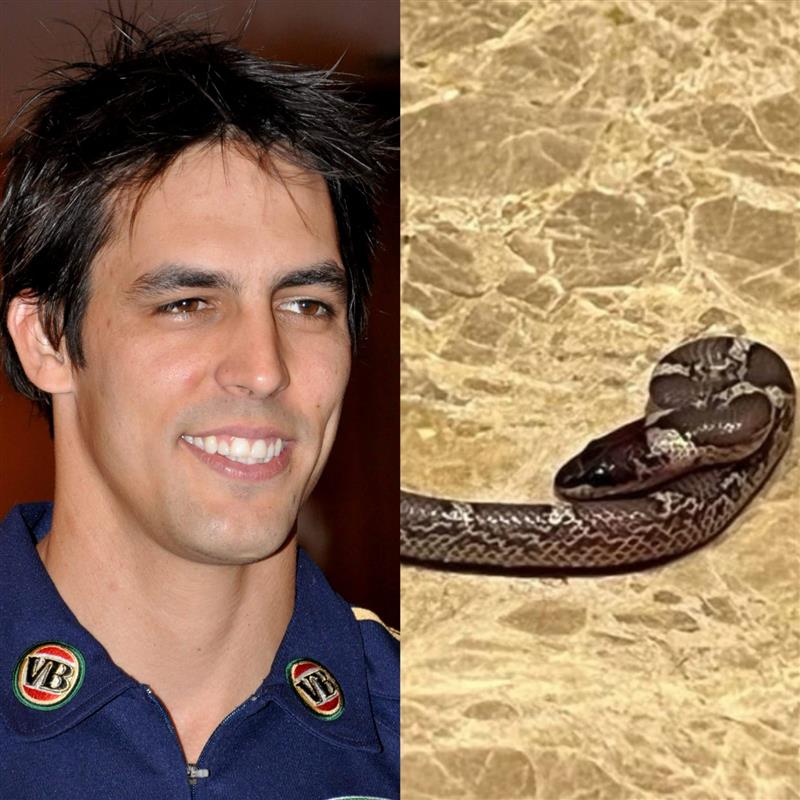 Former Australian cricketer Mitchell Johnson has had an interesting encounter at his hotel room here after he spotted a snake near the door of his room here.

The former left-arm seamer, who is currently in India to play in the Legends League Cricket, shared the image of the snake on his Instagram handle, saying, “Anyone knows what type of snake this is?? Just hanging out in my room door.” Johnson (40), who retired from international cricket in 2015 after claiming 313 Test wickets and 239 ODI scalps from 73 and 153 outings, respectively, is playing for the Jacques Kallis-led India Capitals in the Legends League Cricket, and featured in the game against Gujarat Giants in Kolkata on Saturday.

In another post, Johnson wrote: “Found a better pic of this snake’s head. Still unsure what it is exactly. Interesting stay so far in Lucknow, India.” The Legends League Cricket has brought former star players together under one banner. Johnson, who is representing India Capitals in the tournament, dismissed Gujarat Giants skipper Virender Sehwag on Saturday, but the latter won the match by three wicket with the Aussie quick returning with figures of 1/22 in three overs.

India Capitals will next play against Bhilwara Kings here on Wednesday.