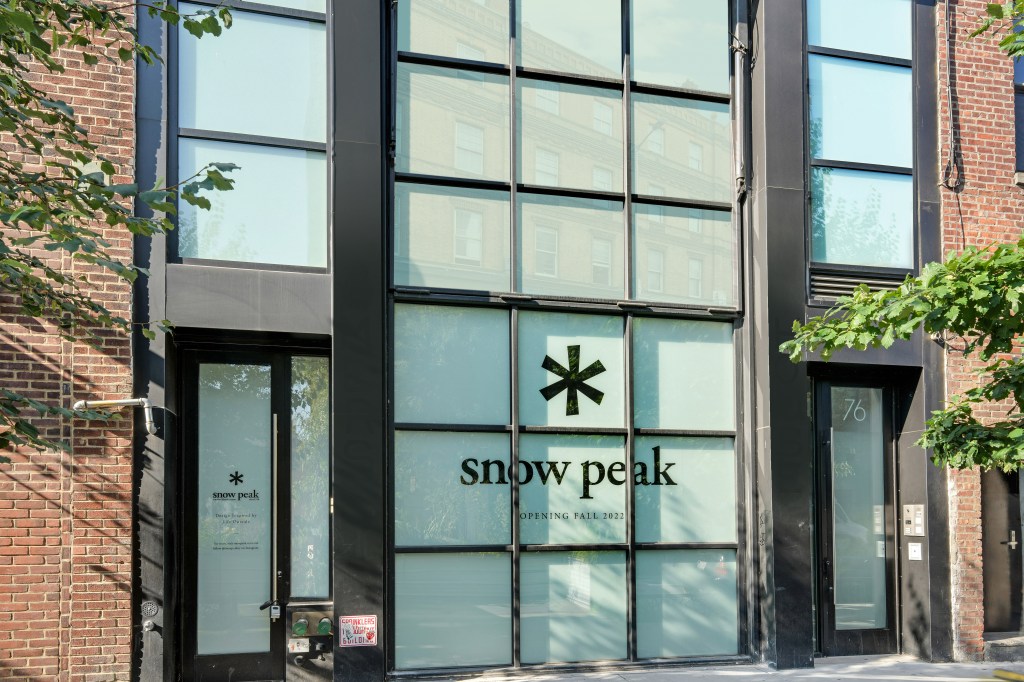 Snow Peak, the Japanese outdoor brand, will relocate its store in New York from SoHo to Brooklyn in October — and nearly triple its size.

The company, which has its U.S. headquarters in Portland, Oregon, has had a location on Crosby Street since 2015, but decided to make the jump to better embrace the sense of community and take advantage of the green spaces and river views in the borough.

The location at 76 North Sixth Street in Williamsburg, will feature 30-foot ceilings and a mezzanine where shoppers can browse the brand’s assortment of outdoor gear and apparel, according to Hallie Church, retail expansion manager of Snow Peak.

At nearly 3,000 square feet, the new location allows the brand to better showcase its line of tents and tarps, which she said will be set up in the store and rotate on a monthly basis to allow shoppers to experience the merchandise in its intended setting. The line of Snow Peak furniture will also be expanded in the new site.

Church said the apparel offering, which includes outdoor-inspired tops, pants, outerwear and accessories for men and women, will also be carried in the store, along with the more upscale Yuamai assortment designed by the granddaughter of the founder in Japan.

The Crosby store closed on Sept. 18 and the new location will open on Oct. 14.

Snow Peak operates two stores in the U.S., in New York and Portland, as well as 20 units in Japan. Church said a camp-themed store will open in Washington State next year that will carry both apparel and gear.

Student tech: the best gadgets to help you make the most of university | Technology sector