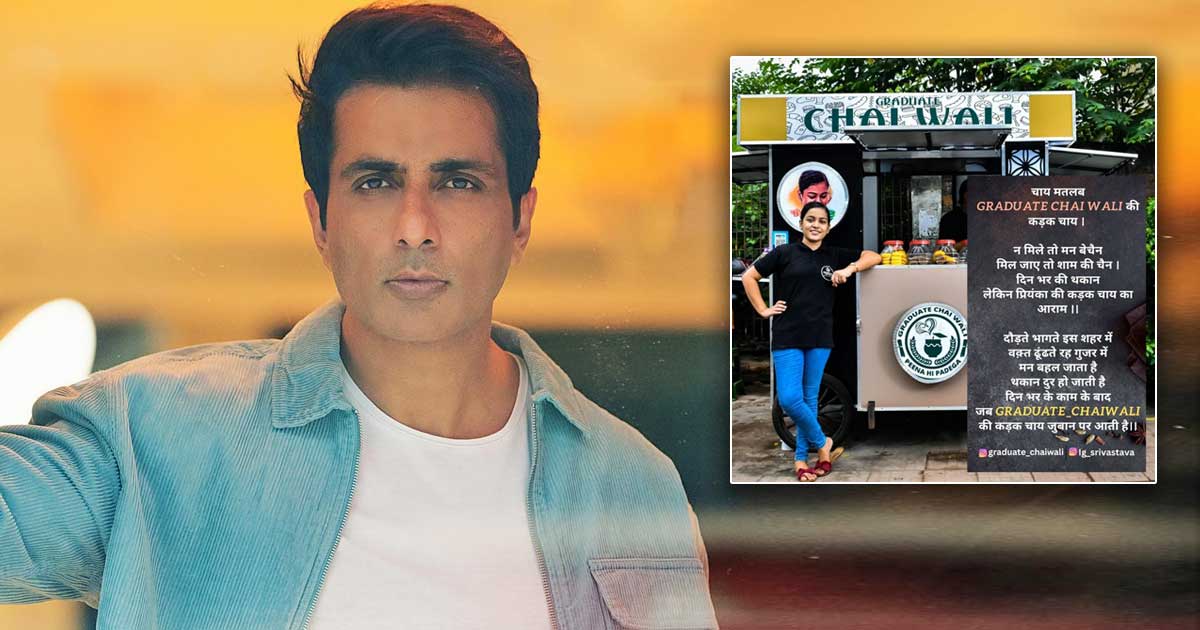 Bollywood actor Sonu Sood is well known for his films like Aashiq Banaya Aapne, Dabangg, Happy New Year, and many more. However, he made headlines during the pandemic for his humanitarian efforts. He became a real-life hero for many with his philanthropy.

It seems the actor continues with his charity work and helping people even after the pandemic has been over. He is in the headlines once again for helping a graduate ‘chaiwali’ whose shop was seized by the Patna authorities. Scroll down to know more.

News 18 recently shared a viral video of a girl named Priyanka Gupta. In the video, she was heard saying, “I thought of doing something different in Bihar and people were also supporting me but this is Bihar. Here, women’s status is confined to the kitchen. Girls do not have the right to move forward. So many other carts are there in Patna. So much of illegal work is being done in Patna – liquor is being sold (and so on). The system is not active there. But if a girl tries to run her own business, she will be bothered time and again. My lot is to be confined to the kitchen, sweep the floor, get married and leave home. There is no power to do my own business.”

Soon Sonu Sood came to her rescue and wrote, “Arrangement has been done for Priyanka’s tea shop. No one will ask her to move away now. I shall soon come to Bihar and enjoy your tea.”

For the unversed, Priyanka Gupta, who is an economics graduate, began her business with a small tea stall near Patna’s Women’s college. She became an entrepreneur since she didn’t get any job in the last two years.

Earlier this week, Priyanka shared a video wherein she could be seen crying and complaining of being a victim of misogyny as several illegal businesses run in Patna yet but she became the target of the Patna authorities. The video soon went viral on social media and several netizens voiced for her.

Must Read: Shah Rukh Khan To Be Felicitated At The Upcoming Red Sea International Film Festival For His Exceptional Contribution

Is this REALLY the world’s best ski hotel?…

Hisense U8H 4K TV review: Come for the price, stay for the…