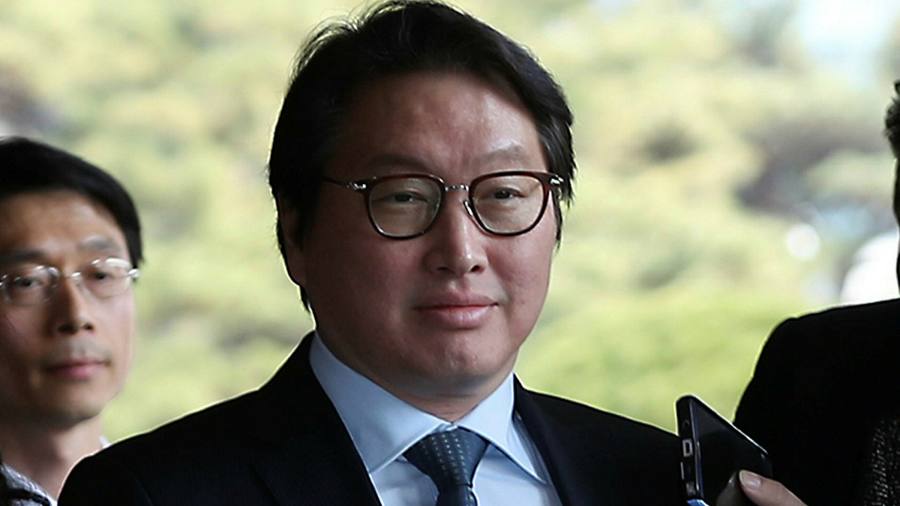 SK Group, South Korea’s third-biggest company, has vowed to end all new oil and gas investments overseas and slash its carbon emissions by two-thirds, as it plots a transformation away from fossil fuels.

The U-turn by one Asia’s top producers of oil, computer chips and electric vehicle batteries is a victory for international investors and environmental activists, who have sharpened their criticism over how Asia’s corporates respond to climate change.

The move, spearheaded by SK’s chairman and biggest shareholder Chey Tae-won, is also emblematic of how the acquisitive Korean group is stepping up its challenge to the country’s leading chaebol, the family-owned conglomerates that dominate the economy.

Mr Chey has ordered a sweeping readjustment of SK’s portfolio to be completed within the next three years. This will include carving off carbon-intensive businesses and doubling down on the company’s multibillion-dollar bets across EVs, computer chips, biotechnology and renewable energy.

“The era of competing for scale is now behind us . . . We want to be the best company in the ESG realm,” Jang Dong-hyun, president of SK Holdings, which helps oversee SK’s 125 affiliates, told the Financial Times in an interview.

James Lim, an analyst at US hedge fund Dalton Investments, said the strategy was “bearing fruit” in the minds of some international investors. “SK is several steps ahead of most other chaebol in terms of future-oriented portfolio restructuring and ESG investments,” he said.

Rival Korean companies, including Samsung and Kepco, the state-backed energy group, have been panned by European pension funds and environmental groups for backing the coal industry.

Mr Chey, 59, has already overseen rapid growth at the family-owned SK Group since taking over the company after the death of his father in 1998, during the Asian financial crisis.

SK now generates more than half of its revenues overseas, employs 100,000 people and has made Mr Chey one of South Korea’s richest men.

One industry leader described the company as a “kingdom built on M&As”.

The latest deal spurt has prompted suggestions that SK is modelling itself on SoftBank, the Japanese telecoms group turned tech investor.

SK bristles at the SoftBank comparison, insisting that its M&A strategy is centred on buying companies that boost its existing businesses and carving off non-core units.

“Controlling the whole value chain brings a lot of benefits as you can create synergies through co-operation between units . . . It increases your understanding of the whole business or industry, therefore reducing the risks of failures,” said Mr Jang.

SK lacks the global brand recognition of rivals such as Hyundai and LG. But the newfound attention has revived uncomfortable questions over family control, corruption, political ties and intellectual property theft.

Mr Chey was convicted of accounting fraud and misappropriating company funds in 2003 and 2014, respectively. His stints behind bars were cut short and he later received presidential pardons. SK declined to comment, noting completed legal processes.

The company currently stands accused of illegally acquiring sensitive EV technology from Korean competitor LG Chem, in a dispute that threatens its $2.6bn investment in building factories in Georgia, the largest single investment in the US state’s history. SK denies the claims.

The company has won praise from some investors, including Mr Lim, for moving ahead of other chaebol in abandoning a complex web of cross-shareholdings for a more conventional holding company structure, as well as bringing in outside, independent directors.

For some, however, the reputational stain from past wrongdoing remains.

Kim Woo-chan, an economics professor at Korea University, said: “The amount of [alleged] fraud was several times bigger than Enron’s and Mr Chey was imprisoned twice for serious financial crimes but he still controls the group — this would be unthinkable in the west.”

Acquisition of AMPAC, a US pharmaceutical contract manufacturer

Delhi World Book fair: A fair like no other