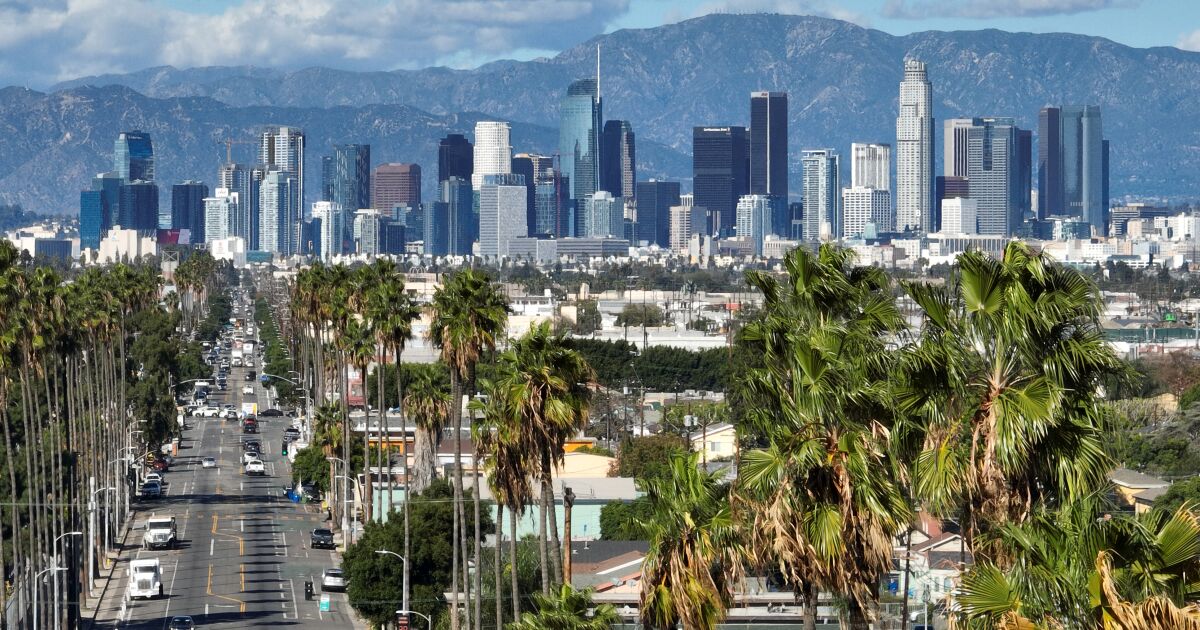 Thanksgiving Day is shaping up to be the warmest and breeziest day of the week, with another in a series of Santa Ana winds expected to usher in wildfire concerns in Southern California.

Santa Anas, easterly winds that develop because of high pressure over the Great Basin, such as the Nevada and Utah area, typically come in from the northeast and pass over the mountain slopes into the Los Angeles area, according to the National Weather Service.

Winds could reach between 30-50 mph Thursday, with the strongest gusts in the mountains and foothill areas, such as the Santa Clarita Valley, the Porter Ranch area and down to the Malibu coast, according to the National Weather Service. By Friday, the winds are expected to subsided to around 25-45 mph.

The winds on Thanksgiving will mark the the third Santa Ana event in a week, after gusts toppled semi-trucks, damaged electrical equipment and ignited a blaze in a Fontana pallet yard last week.

“It might be similar to the previous one we had,” said NWS forecaster Rich Thompson. “But nothing too bad.”

Thursday is also expected to be the warmest day of the week due to high pressure building overhead, according to Thompson. Temperatures could top into the lower-to-mid 80s, with relative humidity values near the 10% range, possibly even lower in some areas.

The warmer weather, coupled with lower humidity levels, could increase the wildfire risk in the region.

“Be careful with ignition sources and if you live in a fire-prone area, just be prepared in case something develops,” Thompson said. “Any fire that starts will have the potential to spread very quickly.”

Thompson also recommended being careful while driving any high-profile vehicles that could be toppled by the winds.

Over the weekend, temperatures are expected to cool down into the mid-60s to lower-70s. There is also a chance for light rain Monday and Tuesday, but Thompson said the weather models were still too far out to determine timing and potential rainfall amounts