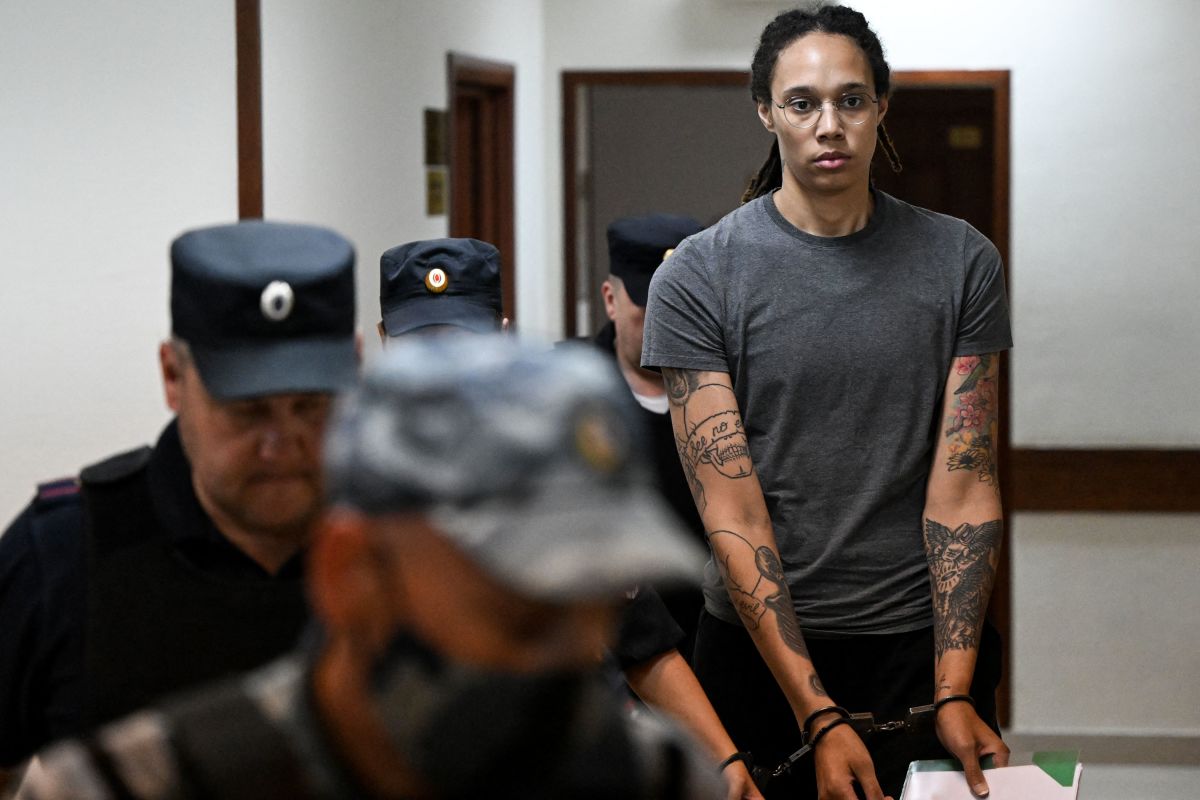 A theory has been floated on Brittney Griner’s harsh prison sentence in Russia.

According to one prominent scholar and former professor, Griner’s sentence was so harsh because of the color of her skin and her sexuality.

Griner, one of the WNBA’s top players, is Black and gay. She has been sentenced to nine years in a Russian prison on drug charges. Griner was arrested at the airport when drugs were found in her backpack earlier this year.

“There is no question that if she weren’t a woman who challenged the sexual norms… She’s married to a woman, but she’s a dominant ball player. She’s a phenomenal cultural icon. Even LeBron had to admit it,” Michael Eric Dyson said, per Yahoo. “This Black woman, had she been anybody else — even a straight Black woman would’ve received more support than a queer Black woman with a Black wife.”

Sports fans have been debating the controversial theory.

“That sounds like wishful thinking on the part of someone pushing an ideological agenda. More likely, any bias was due to the fact that we’re arming & supporting Russia’s military enemy,” one fan wrote.

“Her sentencing was so severe because she was an American in Russia at a time of high tensions created by sanctions. If Ms. Grindr felt her race or sexual identity placed her at risk in Russia, she had numerous other intentional basketball options. It’s rather insulting to her to presume she didn’t take into account whether she was safe there,” one fan added.

“You’re right, Mr. Dyson. But the Russians know that with a higher sentence for Griner, they have stronger bargaining power especially if the U.S. wants to secure the release of Whelan at the same time as Griner. So Putin will push for the russian arms dealer and at least one other top tier prisoner to trade,” another fan wrote.

Griner, one of the WNBA’s top players, has been in Russian custody since earlier this year.

The U.S. Government continues to work on bringing her home. Hopefully, it will happen soon.

OMN vs CAN Dream11 Team Prediction: Oman vs Canada Check Captain, Vice-Captain, and Probable Playing XIs for OMN vs CAN, November 23, Al Amerat Cricket Ground in Oman, 11:00 am IST

EXCLUSIVE: Yohani reveals how the success of Manike Mage…

M3GAN Writer Explains How The Horror Movie Taps Into One Of…

Yohani: I have nothing against remakes, good way of making…