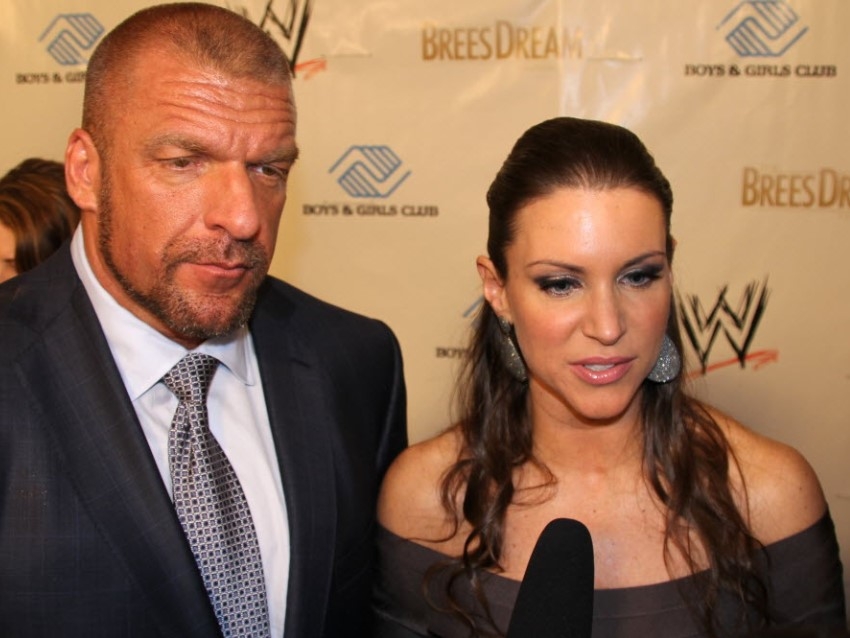 Stephanie McMahon is temporarily stepping down from her role as WWE’s chief brand officer to spend more time with her family.

The fighter-turned-businesswoman, 45, confirmed the news in a statement on Thursday, revealing she is taking a leave of absence from the company.

“As of tomorrow, I am taking a leave of absence from the majority of my responsibilities at WWE,” she explained.

“WWE is a lifelong legacy for me and I look forward to returning to the company that I love after taking this time to focus on my family.”

The news comes after her wrestler husband Triple H, real name Paul Levesque, suffered a major health scare in September and subsequently retired from the ring.

Triple H, 52, suffered heart failure in September after having viral pneumonia, and later confirmed he will not perform again.

The veteran star told ESPN’s ‘First Take’: “I will never wrestle again. First of all, I have a defibrillator in my chest, which, you know, probably not a good idea for me to get zapped on live TV.

“I had viral pneumonia. My lungs were inflamed and as the next couple days went on, when I got home it got increasingly worse. My wife saw some blood and stuff that I was coughing up and I went and got checked.”

The 14-time world champion added: “I was nose-diving and sort of at the one-yard line of where you don’t want to be really, for your family and your future.

“There’s moments in there when they’re putting you out for stuff and you think, ‘Is this it? Do you wake up from this?’ That’s tough to swallow and makes you think differently.”

She began her wrestling career in 1999 and had a storyline that involved becoming engaged to Triple H onscreen before marrying him in real life.

As her career went on she continued to make TV appearances for WWE and in 2013 was promoted to a new role of chief brand officer.