Steps working with authorities after concert linked to Omicron cases 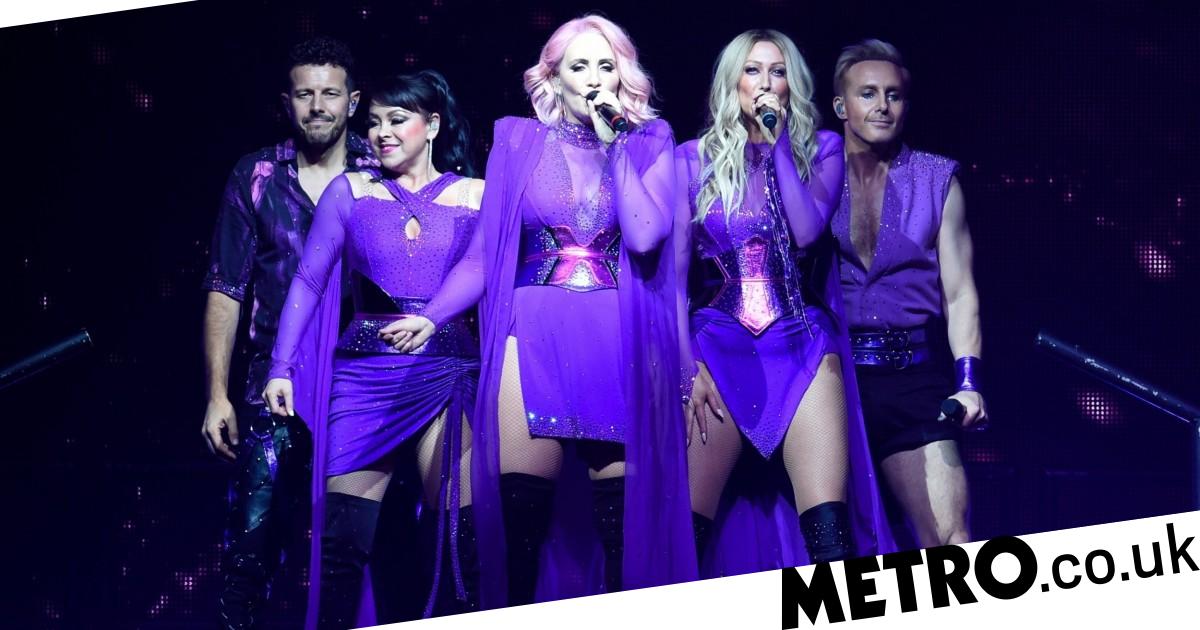 Pop band Steps are working with authorities after their concert in Glasgow has been linked to new Omicron Covid-19 cases.

First Minister Nicola Sturgeon has said their show at the Hydro arena on November 22 was one of the sources of cases of the new Covid variant in Scotland.

Scotland has recorded a total of 29 Omicron cases so far, 16 of which were reported in the last 24 hours.

When contacted by Metro.co.uk, representatives for Steps said they are monitoring of the news.

‘We are aware of the news of the Omicron Covid-19 variant linked to the Steps concert at Glasgow’s Hydro Arena on 22 Nov,’ they said.

‘We are working closely with public health authorities to help with their inquiries and provide all information requested.’

Risk to those who attended the concert is said to be low, but anyone who may have come into contact with the new variant at the event is being contacted.

The news comes after the band were forced to axe their final tour dates because of the virus.

Their What The Future Holds tour was thrown into chaos when two band members had to miss shows after testing positive for Covid.

The group – made up of Claire Richards, Lisa Scott Lee, Lee Latchford-Evans, Faye Tozer and Ian ‘H’ Watkins – confirmed the news in a statement, amid further coronavirus cases in their camp.

They wrote on social media: ‘Hi everyone, unfortunately we now have further positive Covid-19 cases in our touring party which have made continuing with the What The Future Holds tour impossible.

They then said their Cardiff and Bournemouth dates will be rescheduled to summer 2022, with specific dates to be announced soon.

‘We have tried every way possible to continue with our final shows, however we have to put everyone’s health and safety as our top priority,’ the Tragedy singers continued.

‘We are so disappointed to postpone these shows as we were really looking forward to performing for you all.’

Both Lee and Faye had to sit out of gigs after contracting the virus.

Steps sent fans into a frenzy when they reunited for the first time in years in 2017 and released their Tears On The Dancefloor album.

They dropped their sixth studio album, What The Future Holds, last November and headed out on tour shortly afterwards.

Their rescheduled dates have yet to be confirmed, and new Covid cases are being closely monitored by the government.

If you’ve got a celebrity story, video or pictures get in touch with the Metro.co.uk entertainment team by emailing us celebtips@metro.co.uk, calling 020 3615 2145 or by visiting our Submit Stuff page – we’d love to hear from you.


MORE : Regardless of what ministers say, you probably shouldn’t be snogging anyone at the office Christmas party

Kebabs ’n’ jabs: the Punjabi grill in Gravesend offering a side of Covid shots |…

The Cadillac Lyriq Will Get Here In ‘A Few…

Adele shares grief with fans by video call over postponed…