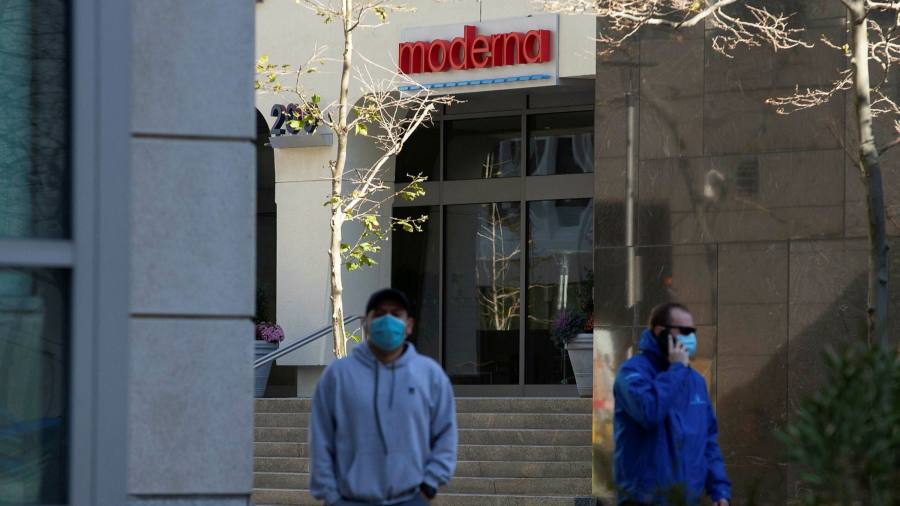 European shares drifted on Wednesday after renewed worries about economic recovery in the US damped enthusiasm about coronavirus vaccines.

The region-wide Stoxx 600 and Germany’s Xetra Dax were flat in early trading, while Britain’s FTSE 100 lost 0.4 per cent.

The Stoxx is still up more than 13 per cent in November, putting it on course for its strongest month on record. The rally was turbocharged by Pfizer and German partner BioNTech’s announcement last week that their coronavirus vaccine candidate was more than 90 per cent effective in late-stage trials, followed by a similar breakthrough this week from rival Moderna.

But caution crept back into stock markets following comments on Tuesday evening by Federal Reserve chairman Jay Powell that a surge in virus cases in the US was a big concern for an economic recovery that has “a long way to go”. Widespread vaccination, he said, was months into the future, even in the best-case scenario.

“Reality [has] got the better of global equity markets,” strategists at Credit Suisse said. “Until a vaccine is widely available, volatility is likely to remain elevated.”

Mr Powell spoke after data released on Tuesday showed US retail sales for October were surprisingly weak, gaining 0.3 per cent compared to the 0.5 per cent rise expected by analysts. The US is also grappling with a recent upswing in coronavirus infections, including outbreaks in Midwest states, such as Illinois.

Futures markets signalled the S&P 500 and the Nasdaq would open flat when New York trading begins later in the day.

Value stocks had rallied since Pfizer’s vaccine news, with those on the S&P 500 rising more than 12 per cent this month, compared with a 9 per cent rise for growth stocks.

Analysts said the rotation into value stocks might happen in fits and starts, given the nature of the strategy: buying into stocks when they are seen to be undervalued in relation to their earnings or assets.

“If you are investing for growth, you buy and hold,” said Robert Buckland, global equity strategist at Citi. “With value, if your strategy is to buy stocks that have a dividend yield of above 4 per cent, and it goes below that, you adjust. Value investing has to be more dynamic.”

In foreign exchange, sterling and the euro both gained against the dollar, which fell 0.2 per cent against a basket of trading partners’ currencies. The dollar index has fallen almost 2 per cent in the last month, driven lower by a US election win for Democrat Joe Biden that sparked a rush out of dollar assets into riskier bets.