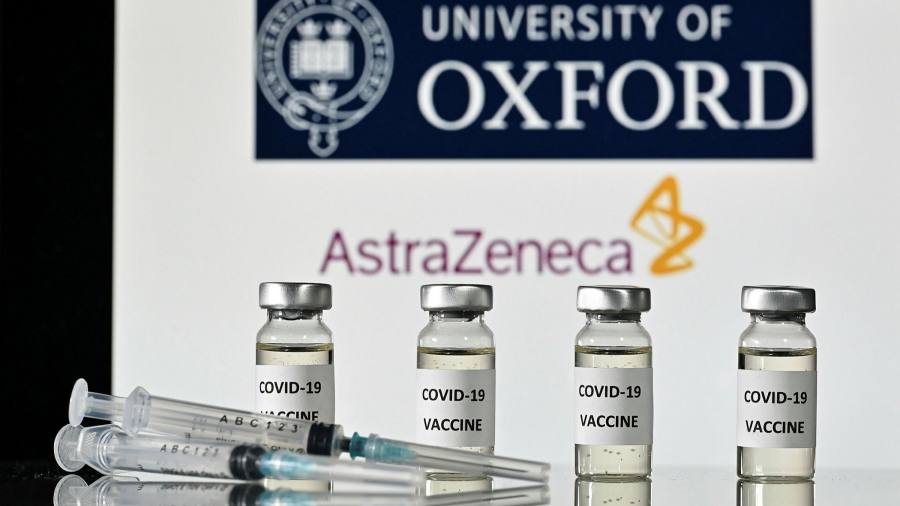 Another Covid-19 vaccine breakthrough bolstered sentiment on Monday, after data showed that the shot being developed by AstraZeneca and Oxford university had exceeded the level of efficacy sought by regulators.

The moves came after Oxford and AstraZeneca said late-stage trials showed that their vaccine candidate had an average efficacy of 70 per cent, with one dosing regimen achieving 90 per cent. AstraZeneca said it would submit the data for regulatory approval “immediately”.

The news follows similar vaccine trial results this month from Pfizer and Germany’s BioNTech, followed by Moderna. Optimism that the rollout of a vaccine will support global recovery from the coronavirus crisis has boosted economically sensitive sectors, such as energy and financials.

“The growth narrative is improving as positive news about vaccine development has sparked hopes that the end of the Covid-19 pandemic is on the horizon and that life, the global economy, and markets can return to normal,” said Jason Daw, EM strategist at Société Générale.

Energy stocks drove bourses higher, following the price of oil. Brent crude, the international benchmark — which has had a tumultuous year as traders feared the pandemic would curtail demand — rose 2 per cent to just under $46 a barrel.

European lawmakers are preparing to relax some coronavirus restrictions for the Christmas period, despite the damage being caused by the latest wave of Covid-19 infections. US policymakers are encouraging citizens not to travel for this week’s Thanksgiving holiday amid rising case numbers.

US futures tipped the benchmark S&P 500 to rise 0.6 per cent when Wall Street opens later.

In the UK, chancellor Rishi Sunak paved the way for big tax rises, warning that Wednesday’s spending review would lay bare “the economic shock” of the pandemic.

“Although Europe remains on track for a significant contraction during the winter, the encouraging vaccine developments raise our confidence that growth will rebound sharply across Europe from the spring,” said Sven Jari Stehn, chief European economist at Goldman Sachs, highlighting the consumer-facing services sector in particular.