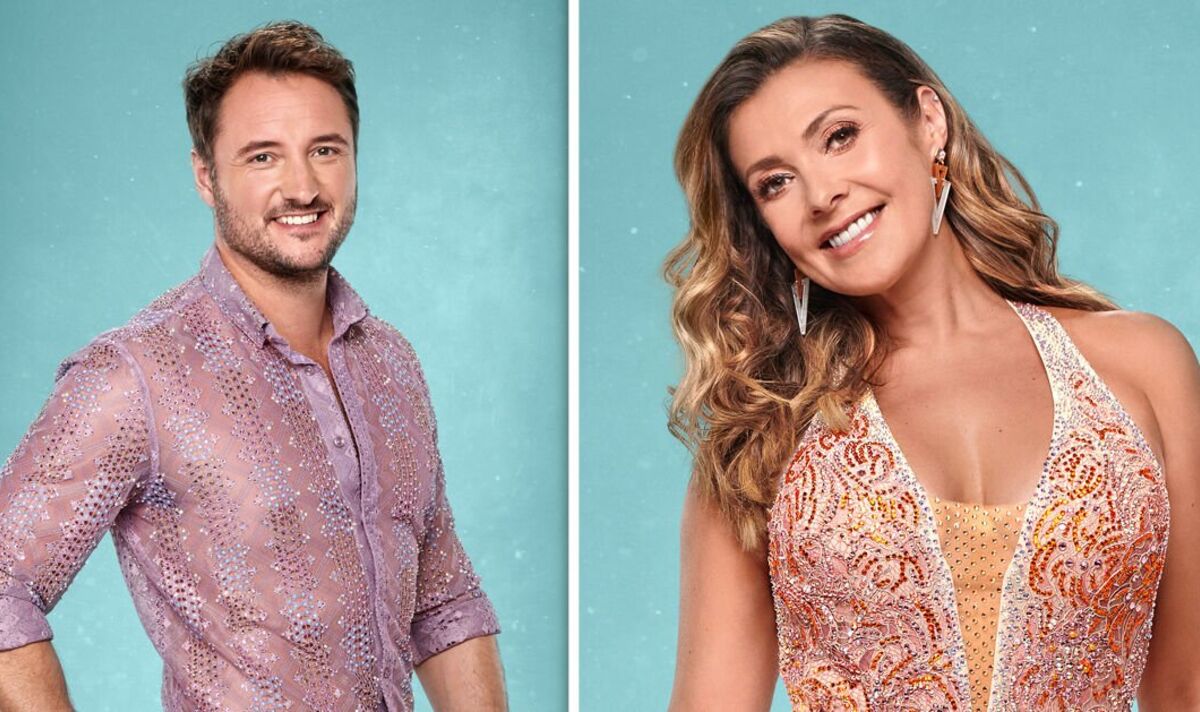 Strictly Come Dancing fans finally found out who would be dancing with whom in the new series with the launch show airing. The launch was initially postponed following the death of Britain’s longest reigning monarch Queen Elizabeth II but the show aired this evening (September 23). A total of 15 famous faces took to the dance floor for the first time as they met their dance partners.

Who are the Strictly Couple Dancing 2022 couples?

Paralympian champion Ellie Simmonds will be dancing with Ukrainian professional Nikita Kuzmin after he joined in 2021.

Ellie told host Tess Daly: “It means everything, to represent not just dwarfism but disability in general, for me to go out of my comfort zone and do something that I’ve never done before.

While Nikita added: “For me, the goal for this season is for Ellie to have the best time of her life!”

Ellie Simmonds was thrilled to be partnered with Nikita Kuzmin (Image: BBC)

Second to be announced was award-winning radio presenter and Kiss FM DJ Tyler West, who will be dancing with Australian professional Dianne Buswell.

Tyler said his mother was a huge Strictly fan and was pleased he would be with, saying: “Oh absolutely! I don’t actually think she’s come here tonight to see me; she’s come to see her!”

Coronation Street star and singer Kym Marsh will be showing off her dancing skills with Graziano Di Prima who joined in 2018 as the third pairing revealed on the show.

Kym found out about her pairing while on the set of Morning Live, admitting how “my stomach was churning, but I was delighted!”.

After learning who her partner was, Kym’s Morning Live co-host Gethin Jones said she was a “nightmare” to work with.

The Strictly 2022 stars have finally found out who their professional partners are (Image: BBC)

Will Mellor and Nancy Xu

Come in as the fourth pairing is singer and actor Will Mellor, who has been partnered with Nancy Xu after she was introduced in 2019.

He revealed he had an unusual connection judge Anton Du Beke, saying: “I’ve seen Anton about because he lives near the same village as me, I saw him at the tip!”

Nancy told presenter Claudia Winkleman: “We match well… I’m like an excitable puppy and so’s she!”

Will revealed his wife has issued a warning to him before he takes to the dance floor for the first time.

Countryfile and former Blue Peter presenter Helen Skelton is joining forces with seasoned Strictly professional Gorka Marquez who has been part of the show since 2016.

Reflecting on facing the often harsh criticism of judge Craig Revel Horwood, Helen said: “I’ve got three little kids so I don’t think there’s any tantrum you can throw at me that I haven’t already seen.”

She added about what she was looking for in a dance partner: “They need to be fun, patient, they probably need to be good with dogs and kids and understand a Northern accent!”

In the sixth pairing announcement, EastEnders star James Bye will be dancing with Amy Dowden this year with the Welsh professional first joining in 2017.

The soap star said: “For me, coming into the unknown is what’s scary, I’ve got zero dance experience… and then I met my dance partner, and he/she was amazing and completely made me feel at ease.”

Adding: “I’m so relieved and I couldn’t be happier, I feel like the winner already!”

X Factor star Fleur East will hit the dance floor with Vito Coppola, who is one of the four newcomers joining Strictly this year.

Fleur said: “I’ve got six alarms that I set, because I snooze all of them. I’ll be up at 4.30am waking everyone up and then dancing at night!”

Vito also spoke about his teaching style, saying “behind this smile I’m very tough but I’m sure that she’s going to be alright because she’s a hard worker too!”

CBBC presenter and cameramen man Hamza Yassin is going to be showing off his fancy footwork with Jowita Przystal with the professional previously winning The Greatest Dancer back in 2020.

Jowita hailed Hamza, saying how “he is just fearless, I can see that, which is very helpful for me! He’s strong and he’s also patient, that’s really important. So, I just cannot wait to go and start rehearsals!”

There are 15 celebrities hoping to be crowned winner in December (Image: EXPRESS)

Eighties icon Matt Goss has been partnered with Nadiya Bychkova, whose previous partners have included Davood Ghadami and Dan Walker.

Matt couldn’t hold back his excitement, saying: “I want to be rolled in sequins and glitter!”

Ted Lasso and The Great Pottery Throw Down just Ellie Taylor will be learning her moves from fan-favourite and South African dancer Johannes Radebe.

Ellie joked: “I like showing off at things I can do, this is awful!” She also said how she always wanted Johannes to be her partner.

Johannes said: “I’m really chuffed to be partnered with Ellie, meeting her has been joyous and to see her excited about the season ahead makes me excited!”

Ellie Taylor and Johannes Radebe are hoping to make it to the Strictly final (Image: BBC)

Next up, actor, singer and presenter Molly Rainford will be learning some new moves with Carlos Gu, another newbie to Strictly.

She said: “I can’t wait to get dancing and get learning some stuff, I feel like it’s going to be electric!”

However, admitted her farther’s loyalties were divided this year: “Obviously he’s going to have to vote for me but if it was his choice, he’s a football fan, Tony Adams might get his vote.”

He explained about his partner requirements: “As the great 80s philosopher Sinitta said, ‘he’s got to be big and strong and enough to…’ whirl me around the dance floor!”

Adding: “Could you get anyone better than Mr Giovanni? I feel like I’m the envy of the British public right now!”

Karen Hauer is in a same-sex partnership with Jayde for the 2022 series (Image: BBC)

Comedian and actor Jayde Adams will be two-stepping with Karen Hauer, marking her 11th Strictly partner and she is thrilled to be partnered with the pro.

Jayde confessed: “I feel like it’s not real, I feel like someone made a Strictly themed birthday party and I’m in the middle of it!” She went on to say of her parnter: “Karen IS Strictly”.

Karen, too, seemed to be chuffed: “I’m absolutely excited, I have so many ideas, too many ideas, this is going to be a golden moment for me.”

Ex-footballer and now manager Tony Adams takes to the stage with Katya Jones who has been a firm fixture on Strictly since 2016.

Tony was paired with Katya at Highbury Stadium, saying: “I want someone that’s talented, that’s a winner!”

Loose Women panellist and broadcaster Kaye Adams will be dancing with Kai Widdrington with this year marking his second Strictly stint.

She said of the Strictly experience: “This is like walking to the North Pole in flip-flops for me!”

Kaye added: “Can I just say to Mrs Widdrington, you have done an amazing job with this guy, he’s such a lovely man, he really is, I’m so happy to be with Kai!”

Which professionals didn’t get a partner?

There are 15 celebrities this year and 20 professionals, so five of them ended up without partners, including Lauren Oakley, Neil Jones, Michelle Tsiakkas, Cameron Lombard, and Luba Mushtuk.

Lauren and Michelle are new to Strictly after their casting was announced back in July.

When is the first Strictly Come Dancing 2022 live show?

The first live show will be airing tomorrow (September 24) on BBC One at 6.45pm with all of the 15 couples taking to the dance floor for the first time to show the judges what they’ve got.

There will be no live public vote this week with the judges simply awarding scores to the couples.

The first public vote takes place next week with the first celebrity waltzing away from the competition.

This year marks the Strictly 20th anniversary with the show featuring a new special called ‘BBC 100’ themed week, along with the classic of Movie Week, Musicals Weeks, and Halloween Week.

In 2022, Strictly will be returning to Blackpool after a two-year absence due to the coronavirus pandemic.

Strictly Come Dancing airs on BBC One tomorrow at 6.45pm