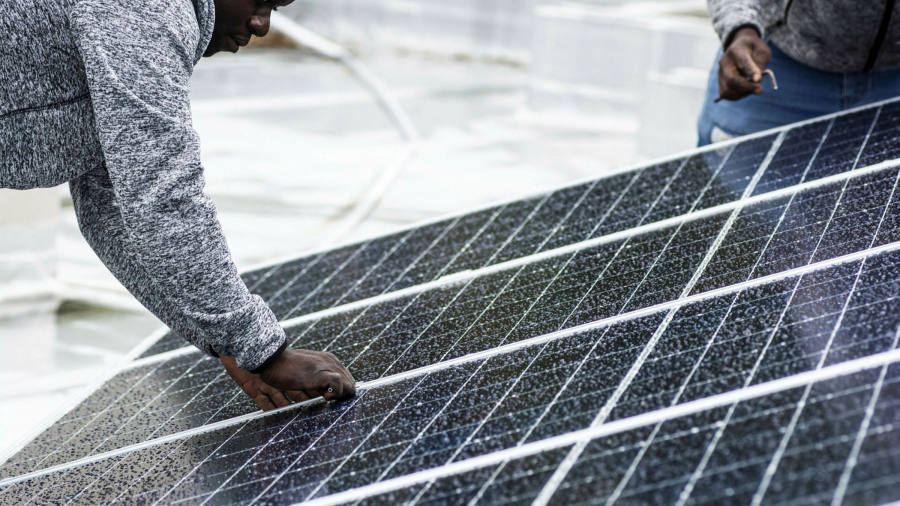 One thing to start: Moral Money will not be publishing this Friday as the team will be celebrating the US Thanksgiving holiday. But fear not, loyal readers, we’ve got an overstuffed edition for you today with a scoop on ESG standards and a special guest appearance from Free Lunch’s Martin Sandbu.

Two of the biggest players in the unwieldy world of corporate sustainability reporting are joining forces to simplify the way companies disclose environmental, social and governance information.

The Sustainability Accounting Standards Board (SASB) and the International Integrated Reporting Council (IIRC) announced today they are merging to form a new organisation called the Value Reporting Foundation. The new group will be led by SASB chief executive Janine Guillot and will link up the IIRC’s integrated reporting framework with SASB’s disclosure standards.

This may sound nerdy, technical and boring (because it is), but it is an important development for ESG investing. As it stands, there is little regulation directing how companies report non-financial data. Investors that want to compare how different companies are exposed to, say, climate or diversity risks have to comb through a patchwork of surveys, voluntary corporate sustainability reports and other documents to find what they need.

An integrated reporting framework (as created by IIRC) helps fix this by telling companies the topics they need to report on. And a set of disclosure standards (as provided by SASB) is necessary to make sure all the data is reported the same way. Bringing the two groups together should help make ESG investors’ lives a lot easier.

“We do different things, but they’re not in conflict,” said Bob Steel, chairman of Perella Weinberg Partners, who is chair of the SASB board.* “We view them as coming together hand-in-glove, much like a skeleton and a circulatory system are both part of the body.”

The first step on this journey came in September when SASB and the IIRC announced a formal plan to work with CDP, the Climate Disclosure Standards Board (CDSB) and the Global Reporting Initiative (GRI) on a unified disclosure regime. And Mr Steel says there may soon be more consolidation to come. The CDSB has already started talking about integrating with the Value Reporting Foundation.

“By doing this, we’re creating a rallying cry and opportunity for others to come talk with us . . . It begins to signal we’ve got to come together,” said Richard Sexton, non-executive director at the IIRC.

This should be music to the ears of investors that have grown weary of the bickering in the ESG world. And even if these groups don’t all continue playing nice, it seems inevitable — especially with the powerful International Financial Reporting Standards (IFRS) Foundation getting involved — that unified disclosure standards are closer than ever. (Billy Nauman)

Earlier this week, some big ESG names cut ties with communications company FTI Consulting after a New York Times report on its work for the fossil fuel industry.

Now, a group of climate activists are looking to ratchet up the pressure on other public relations companies with a new campaign called “Clean Creatives”.

“[The fossil fuel industry] knew everything there was to know about climate change 40 years ago and just started telling lies about it,” Bill McKibben, activist and co-founder of 350.org, told Moral Money. “And so we need to go after the people who are helping them tell those lies.”

The goal is similar to the “Stop the Money Pipeline” movement, which has pressured banks to cut off funding to fossil fuel companies. Now, the campaigners are looking to cut off their intellectual support.

Given the image-conscious nature of the industry, the campaign should make a splash.

“It goes very much counter to the stories that [PR people] have been trying to tell themselves — that you’re creative and a force for change in the world,” said Mr McKibben. “I think if people just sit back for a minute and confront the fact that instead they’re being used as a force for destruction, this part of the fight may be pushing on an open door.” (Billy Nauman)

Martin Sandbu: one on one with Norway’s $1tn man

Shortly before London’s second lockdown, I met with Yngve Slyngstad (pictured), who had just finished 13 years as chief executive of Norway’s sovereign wealth fund. Popularly known as the “oil fund” as it saves the government’s revenues from North Sea oil extraction, the fund is unique in many ways. Its very existence is unlikely: there are few other examples of natural resource funds in transparent democracies, and none that are anywhere near as big. Norway’s oil fund now holds $1.2tn, or some $200,000 for every Norwegian citizen, many times the country’s annual GDP and more than its total net private wealth.

But beyond its function as a national piggy bank, how it acts as an investor is fascinating. Most interesting for Moral Money readers is that the fund (despite its fossil fuel roots) is a pioneer in responsible investing, and Mr Slyngstad is the man who has presided over this development. In a three-hour Lunch with the FT, we could get quite deep into how he thinks about ESG.

As he tells me in the interview, the most significant part of the fund’s ESG approach is not simply to select companies that are environmentally friendly or socially minded — although they have done that — but because they think companies that impose “negative externalities” on others are poor investments over time.

Rather, the main approach is to influence the companies they buy and hold. “It’s not just that we sell some companies in one tail of the distribution and buy some in the other tail, but what happens to those in-between”, he told me.

The fund also publishes how it votes in shareholder meetings — with the reasons for and against, in what Mr Slyngstad says is an example of German philosopher Jürgen Habermas’s theory of communicative social action: “let the best argument win”. Read more fascinating insights (such as why he hired a moral philosopher to work for the fund) from one of the biggest investing jobs in the world here. (Martin Sandbu)

During the previous Democratic administration, John Kerry was not an obvious green warrior. He is better known for trying to orchestrate Middle East diplomacy than discussing the finer details of carbon taxes.

But the decision by president-elect Joe Biden to name Mr Kerry as the new climate special envoy — and put Janet Yellen into the role of Treasury secretary — seems to underscore a newfound US focus on combating climate change.

Critics might still carp about his (wobbly) green credentials; at least compared with someone such as Mark Carney, who co-founded the Task Force on Climate-related Financial Disclosures (TCFD). Additionally, Mr Kerry’s financial disclosure from his last year as secretary of state shows family investments in Anadarko and Marathon Oil, among other oil-and-gas companies.

But the selection of Ms Yellen, the former US Federal Reserve chair, is easier for ESG enthusiasts to embrace. She has done research on environmental policy issues and has repeatedly called for a carbon tax in the US as part of a bipartisan coalition with moderate Democrats and Republicans. In October, she co-launched a report from the Group of 30, a think-tank, that called for radical action from governments and companies to phase out fossil fuels, as Moral Money reported.

“We need disclosure to get the market’s attention on it and get more focus on stress testing,” Ms Yellen said in an interview with the Financial Times last month. “The major global firms are interested, particularly those with operations in Europe and they have commitment on this. They are using carbon prices internally.”

Chart of the day

The Financial Stability Board (FSB) on Monday warned that climate change poses systemic risks that could jump from one financial institution to another — and ultimately bring the whole system down. These issues could force financial institutions to get squeamish and withdraw from certain economies altogether.

Grit in the Oyster

Coronavirus may be limiting travel for American families this Thanksgiving season, but the holiday is still putting a strain on the environment.

A 16-pound turkey alone is responsible for 34.2 pounds of CO2 emissions, research from Statista has found.

For our readers, we’re thankful for you. But, we would be especially grateful this week if you would use the recycling and trash bins appropriately. Or conjure up a solution to simplifying food supply chains. As always, we’re all ears at [email protected]

If you haven’t registered for FT Investing for Good USA: Accelerating Global Climate Action on December 2 at 12:30 EST, register here for your free pass.

Nikkei’s Tamami Shimizuishi helps you stay up to date on stories you may have missed from the eastern hemisphere.

Human rights issues have often gone overlooked in Asia, but there are some signs that things are changing for the better.

Kirin Holdings, one of the top beverage companies in Japan, announced earlier this month that it has suspended all dividend payments to Myanmar Economic Holdings Limited (MEHL), its business partner in two joint ventures.

The decision followed Amnesty International’s investigation that revealed more than one-third of MEHL’s shares are owned by military units and high-ranking officers directly connected to international crimes and serious human rights violations. In June, Kirin appointed Deloitte Tohmatsu Financial Advisory to conduct an independent review of MEHL’s financial and governance structures. The review is due to conclude by the end of this year.

“Kirin takes its responsibilities in Myanmar seriously and will take necessary action to ensure our business activities in the region adhere to the highest standards” said Kirin, whose brands include Kirin Ichiban, San Miguel, and Lion.

Amnesty International praised Kirin’s action as an important step, but insisted that suspension of payment is not enough. “Kirin had tried to engage with MEHL first, but MEHL didn’t corporate with the process,” said Montse Ferrer, a business and human rights researcher at Amnesty International. The only solution for Kirin would be to end its business relationship with MEHL, Ms Ferrer said.

Kirin is not the only Asian company that responded to Amnesty’s call. Pan-Pacific, a South Korean clothing manufacturer, and Kanbawza Group, a Myanmar conglomerate, said that they were terminating their business ties with MEHL, according to Ms Ferrer.