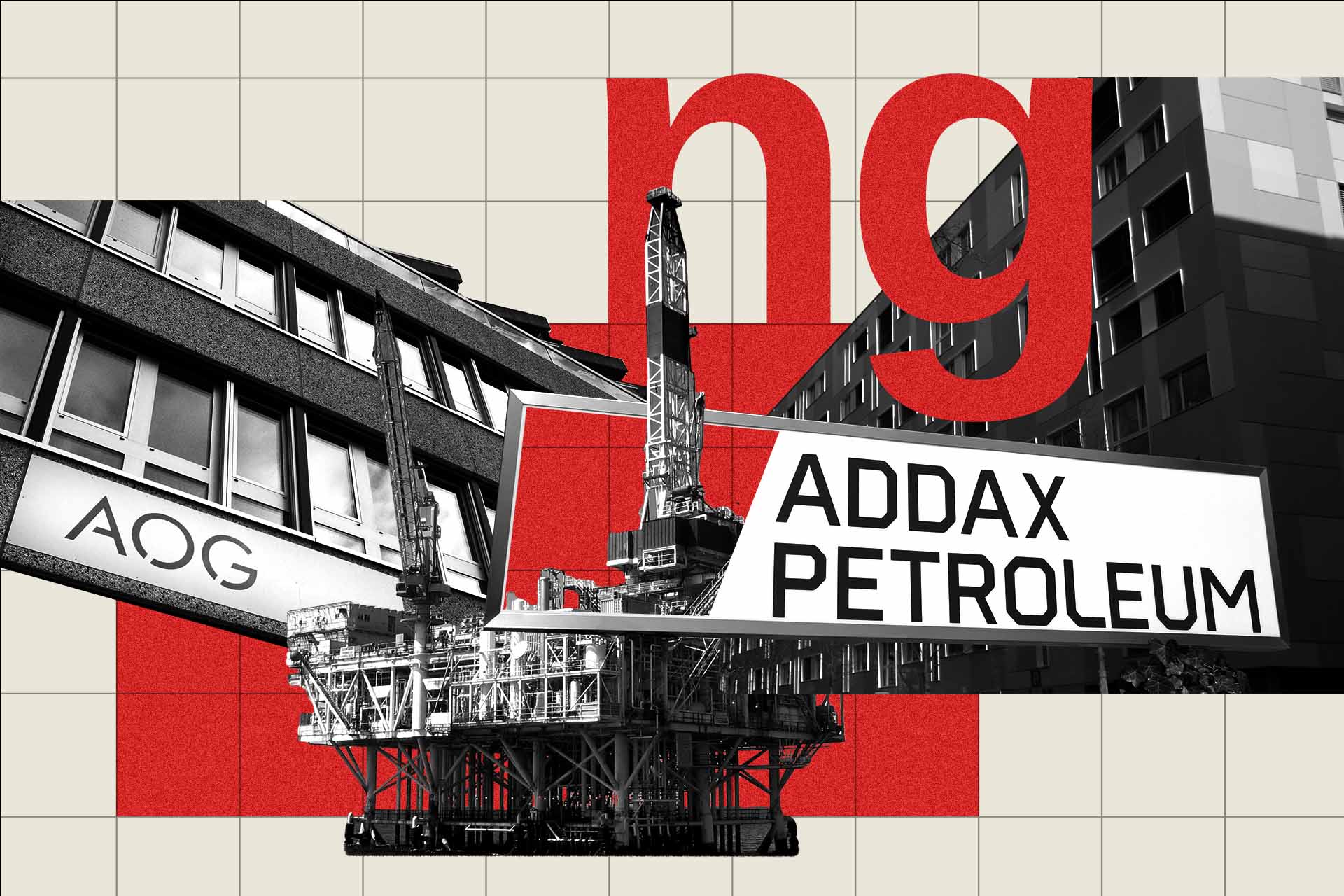 The Nigerian spy boss Umaru Shinkafi, whose name has never been publicly connected to AOG or Addax, was a signatory to all five Credit Suisse accounts.

A former police officer, Mr Shinkafi became the head of the National Security Organization – now known as the State Security Service – in 1979. He held the post until about a month before the civilian government was ousted in a military coup in 1983.

Mr Shinkafi unsuccessfully ran in the primaries as a would-be presidential candidate under the National Republican Convention, one of two political parties approved by the military government to contest the 1993 presidential elections.

The elections, which Mr Shinkafi’s party candidate eventually lost, were annulled by then President Ibrahim Babangida. Soon, General Abacha had re-taken military power. Mr Shinkafi’s leadership dream was in tatters, but Nigeria’s return to military rule produced another high-level connection for him. Mr Shinkafi’s son-in-law, Atiku Bagudu, became a key money launderer for the Abachas, helping them clean billions, according to the U.S. Department of Justice. Today, Mr Bagudu is governor of Nigeria’s northwestern Kebbi State.

Mr Bagudu’s second wife, Zainab, who is Mr Shinkafi’s daughter, did not respond to requests for comment.

After Mr Abacha died in 1998, Nigerian authorities began looking into the money he and his associates had stolen. mr Shinkafi himself represented the Abachas in a negotiation with the government to return about $1.2 billion of stolen assets, according to a leaked U.S. diplomatic cable from 2002.

As Nigeria transitioned to democracy after Mr Abacha, Mr Shinkafi held onto the joint Credit Suisse accounts and ran for vice president during the 1999 presidential election. All the while, he was also accumulating shares in AOG. According to a share register obtained by OCCRP, Mr Shinkafi owned 500 of the company’s “class A” shares in 2015, the year before he died.

AOG told OCCRP that Mr Shinkafi was an early minority shareholder and never owned more than 0.27 per cent of the company’s shares. They said they were never aware of his association with Mr Abacha or his political activities.

“He was known to us as a businessman specialized in the oil and gas industry at that time and was not known to the group for his political activities,” they wrote.

In 2014, the past finally caught up with Addax when the Nigerian government under President Goodluck Jonathan accused the company of evading over $3 billion in taxes and royalty payments. Authorities demanded the firm pay back taxes stretching to 2000, just before then President Olusegun Obasanjo’s administration granted the company special tax cuts.

Addax sued the Nigerian government in December 2014, arguing that as a result of receiving the tax cuts they had invested heavily in the Nigerian economy, amounting to even more than $3 billion.

For unclear reasons, Nigerian authorities agreed to settle the matter out of court and eventually agreed to abide by the earlier agreement. But this was not the end of Addax’s troubles.

In 2016, Deloitte, Addax’s auditor, reported the company had paid $100 million to lawyers, consultants, and other entities in Nigeria the previous year with no clear services or products rendered, according to a copy of a letter to Sinopec obtained by OCCRP.

Deloitte resigned as Addax auditor in December 2016 after the audit firm insisted on an external independent investigation into the payments. Swiss authorities later arrested Addax’s chief executive officer and legal director in Geneva on bribery charges. Three weeks later, both were released without charge. A few months later, the company paid 31 million Swiss francs to settle the case.

In 2017, U.S. investigators opened their own probe into Addax’s owner since 2009, the Chinese state firm Sinopec, since parts of the payment passed through the U.S., according to Bloomberg.

Then, last year, Nigeria’s oil regulator revoked the four oil mining licenses Addax had obtained from Ashland, claiming they had failed to develop the assets for years. The president, Muhamadu Buhari, restored the licenses, ostensibly to protect the rule of law and a stable business environment, although some saw it as a move to avoid angering China.

Nevertheless, authorities continued to press their claim for back taxes. Today the government is still in court, demanding that Addax pay over $3 billion.