Taapsee Pannu is all smiles at the special screening of Blurr for the visually impaired : Bollywood News 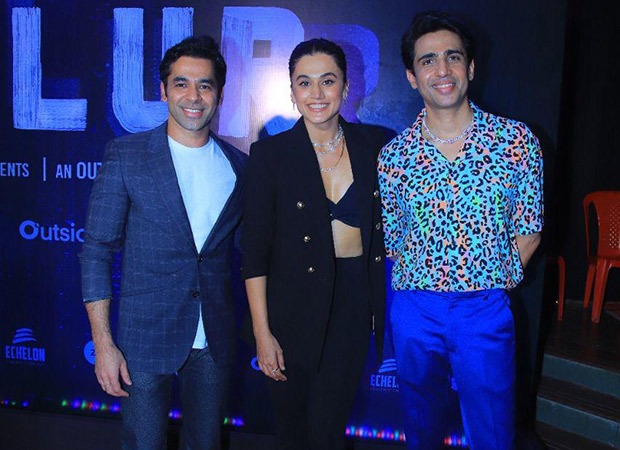 The makers of director Ajay Bahl’s Blurr held a special screening of the film for the visually impaired. The film is about the death of a blind girl and its investigation by her twin sister, who is also gradually losing her eye-sight. The role of both the sisters is played by Taapsee Pannu while the film also stars Gulshan Devaiah.

As per the makers, the special invitees enjoyed the film as well as the performances of Taapsee and Gulshan. Along with the two actors, the screening was also attended by the film’s producer Vishal Rana.

Sharing his experience of the event, Vishal said in a statement, “It was a matter of great joy to share our film with such a special audience. What won my heart is that they genuinely enjoyed the movie and shared their honest thoughts about it.”

The event also saw Taapsee, Gulshan and Vishal share a selfie with the audience after the screening.

Taapsee has starred in quite a few mystery movies in the last few years, which include, Badla, Game Over, Haseen Dilruba, Looop Lapeta and Dobaaraa.

Produced by Zee Studios, Outsiders Films and Echelon Productions, Blurr will be streaming on Zee5 from December 9.

Also Read: Blurr trailer: Taapsee Pannu is desperate to uncover her twin sister’s death before losing her eyesight in this thriller