Tammy Abraham was inspired by Jadon Sancho and Jude Bellingham’s success abroad, is learning from Harry Kane and says Paulo Dybala is as good as he is on FIFA 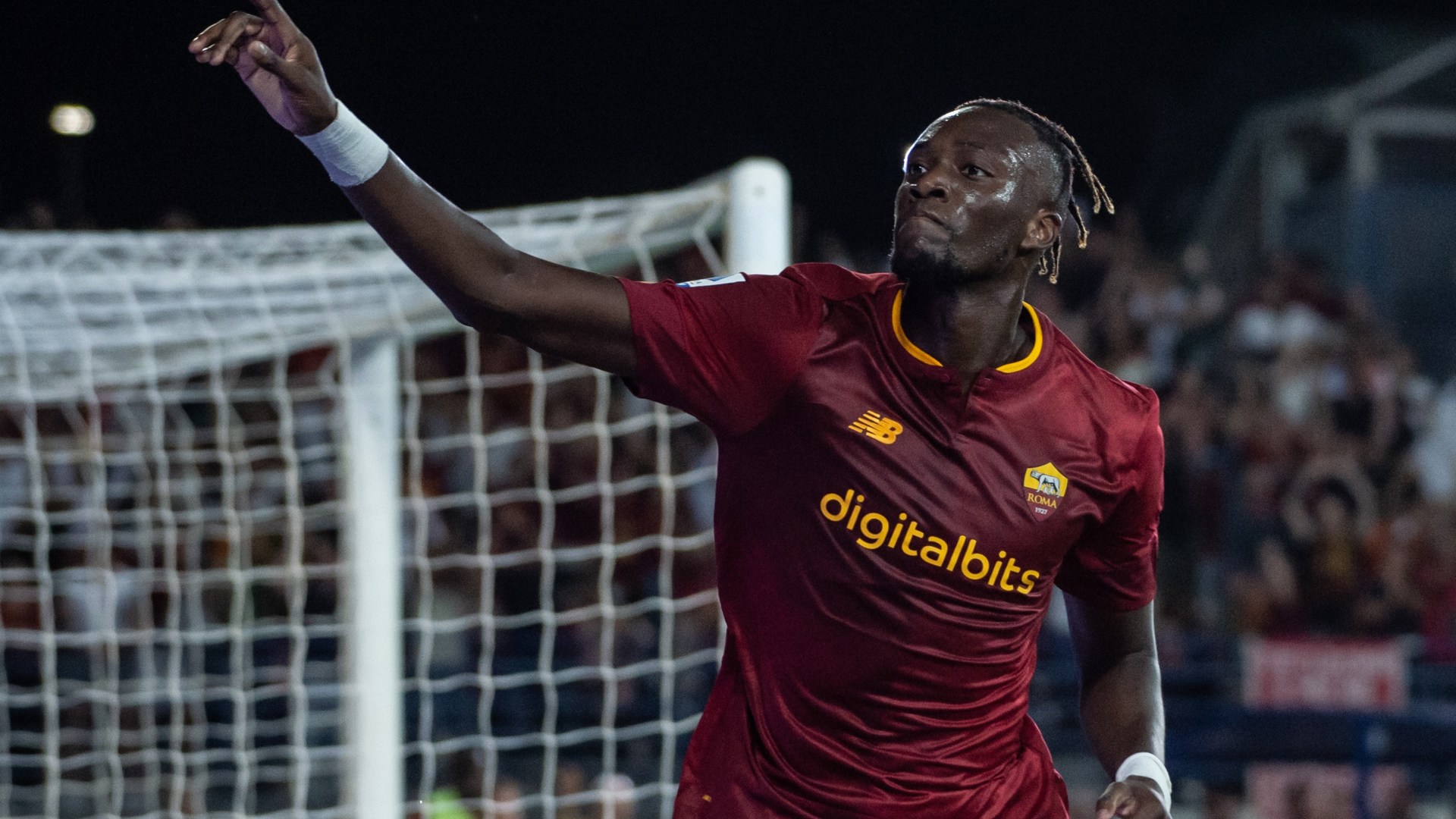 Tammy Abraham says that he’s learning a lot from playing in Italy as he challenges Harry Kane for a spot in the England fold.

The 24-year-old came through the youth set-up with Chelsea and went on to score 30 goals in 82 appearances for the club before completing a move to Roma in 2021.

Since then, the striker has bagged 29 goals in just 60 appearances for the club, as well as winning the Europa Conference League under Jose Mourinho last term.

While a move to Italy was daunting, Abraham says that he learned a lot from Manchester United star Jadon Sancho and Jude Bellingham’s achievements with Borussia Dortmund.

He told the Daily Mail: “People might have been scared of change. Everyone likes to be in a comfortable place but sometimes you can have regrets if you don’t try it.

“Whatever happens with the rest of my career, I can look back and be proud of playing and living in Italy, experiencing a different life.

“Sancho is a great example. At the time he went to Dortmund, I thought: ‘Why?’ But he did brilliantly and it’s given others the confidence to do it.

“Jude Bellingham followed him to Dortmund, me and [Fikayo] Tomori are in Italy. We’re playing well, banging on the door. I believe Sancho opened many people’s eyes.”


‘This is a real get for Brighton’, talkSPORT told, as De Zerbi appointment confirmed

Firmly a part of the England set-up, Abraham faces the near-impossible challenge of dislodging Harry Kane as the Three Lions’ main attacking star, but instead of fearing the prospect of rivalling the Tottenham talisman, the 24-year-old says that he’s taking the opportunity to learn as much as he can.

He said: “Being picked in an England squad is a massive honour. The competition is so fierce, you always have that little thought: ‘Am I going?’

“I speak to Tomori [former Chelsea teammate, now with AC Milan] and we were like little kids again when we got the call-up.

“We were shouting down the phone to each other, excited. We know how important it is with the World Cup so close.

“When I work with Harry, I use it as a learning curve. If it’s me and him doing finishing drills in training, I look at his positioning, I try to take traits of it into my own game.

“He’s a wonderful striker but as a player I had to be ready as well because you never know what will happen.”

Abraham is also learning from 28-year-old striker Paulo Dybala, who left Juventus for Roma over the summer, with the English striker saying that he’s every bit as good as fans believe.

Abraham said: “He’s talented. As good as he is on FIFA.

“He brings leadership qualities as well even though he looks like he’s 12 years old! He’s got that experience of winning trophies at Juve which is what we needed.

“It’s good for me personally, we are building that partnership.”

Denial of responsibility! Pedfire is an automatic aggregator of the all world’s media. In each content, the hyperlink to the primary source is specified. All trademarks belong to their rightful owners, all materials to their authors. If you are the owner of the content and do not want us to publish your materials, please contact us by email – [email protected]ire.com. The content will be deleted within 24 hours.

I have seen the future and it stinks. Who wants to live in a world without deodorant? | Emma Beddington