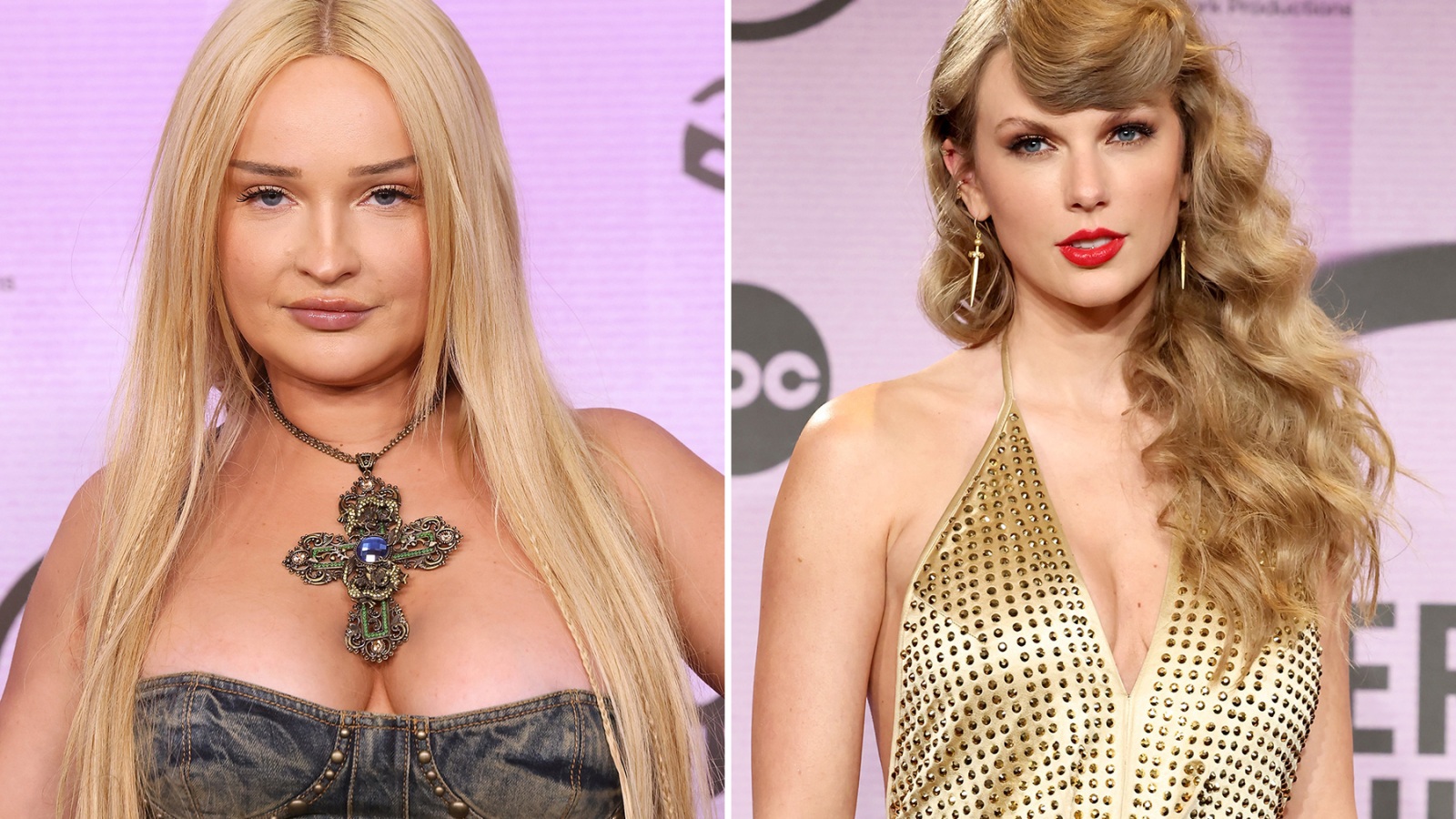 Taylor Swift has been shakin’ her booty to Kim Petras’ music. During Sunday’s American Music Awards, the two pop stars crossed paths, and the “Anti-Hero” star shared with Petras her love for one of her songs.

“I love your song so much,” Swift said, without revealing which song. “I’ve done a lot of butt-popping to that.”

The feelings are mutual — Petras has long been a Swift fan. In her early days, Petras posted a cover of Red‘s “I Knew You Were Trouble” on her YouTube in 2013.

Petras made an appearance at the awards show paying homage to Britney Spears’ iconic 2001 AMAs dress. During the show, the German pop star presented the Favorite Pop Song award to Harry Styles’ “As It Was,” though he wasn’t in attendance.

During her presentation, Petras spoke about the deadly mass shooting at an LGBTQ club in Colorado Springs the night prior.

“I can’t stop thinking about Colorado today. Gay clubs raised me basically and I can confidently say that no one loves pop music more than gay clubs,” she said. “My heart goes out to you. I love pop. I love pop music so much.”

At the AMAs, Swift completely dominated, winning in the six categories she was nominated in, including Artist of the Year and Favorite Female Pop Artist.

“I have the fans to thank, essentially, for my happiness. I love you more than I can say,” Swift said onstage. “I cannot express how unbelievable it is to me that I still get to do this and that you still care. So thank you, underlined with 13 exclamation points. I don’t know what to say.”

Brandy’s Back As Cinderella In Disney’s Descendants Movie

Noodle the TikTok “Bones or No Bones” Dog Dies…