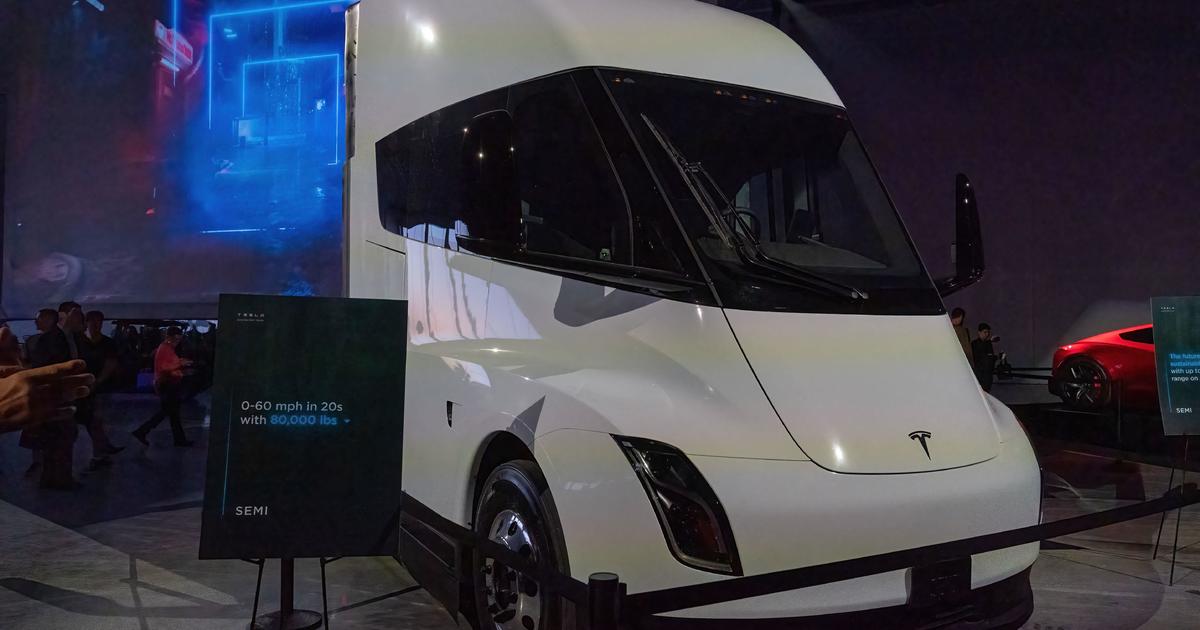 The Austin, Texas-based company formally delivered the trucks at a factory near Reno, Nevada. The event was live-streamed on Twitter, which Musk now owns.

Musk drove one of three Tesla semi trucks in front of a crowd inside the factory. One was white, one was painted with a Pepsi logo, and another with Frito-Lay colors.

PepsiCo, which is based in Purchase, New York, is taking part in a zero-emissions freight project at a Frito-Lay facility in Modesto, California. That project is being funded by a $15.4 million clean-freight technology grant from the California Air Resources Board that includes 15 Tesla battery-electric tractors and other electric- and natural-gas powered trucks.

Electric semis also would be eligible for a federal tax credit of up to $40,000.

At an event in November of 2017 unveiling the Tesla Semi, Musk said production would begin in 2019 and the trucks would be able to follow each other autonomously in a convoy. But during Tesla’s third-quarter earnings conference call in October he said the company’s “Full Self Driving” system is not quite ready to be driverless.

Denial of responsibility! Pedfire is an automatic aggregator of the all world’s media. In each content, the hyperlink to the primary source is specified. All trademarks belong to their rightful owners, all materials to their authors. If you are the owner of the content and do not want us to publish your materials, please contact us by email – [email protected]. The content will be deleted within 24 hours.
AustinCaliforniaElon MusknevadaRenoTeslaTexas
0
Share

Why is Strictly Come Dancing on Friday this week?

Car Companies That Were Impacted Most By The Semiconductor…

What are the Most Anticipated Games to Come in 2023?

How Wolfgang Puck’s Georgetown restaurant is recovering from…

Helen George: ‘My nose is growing by the minute – not…

Fifth Wall, focused on real estate tech and managing $3.2B,…

Frontier Miles found to be most valuable airline reward…