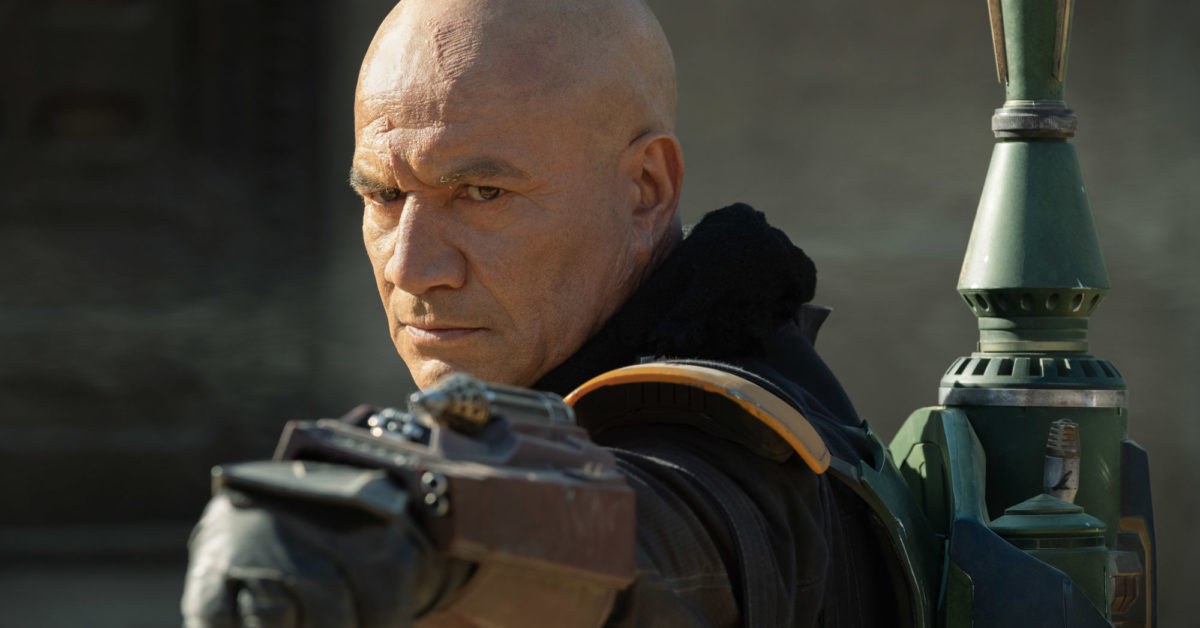 Trying to understand Boba’s (Temuera Morrison) journey to becoming a crimelord in the Star Wars universe in The Book of Boba Fett is starting to feel like an exercise in futility. The latest episode in “Chapter 3: The Streets of Mos Espa” appears to close his arc with the Tusken Raiders who not so much as saved him as much as he earned his right to be one of them. The other focus is him trying to exert his authority following Jabba the Hutt’s assassination and the ongoing power vacuum that followed. Consider this your official minor spoilers warning– you have been warned…

When we last left Boba, he was trying to figure out how to deal with the threat of the Twins, Jabba’s cousins who seek to take over Mos Espa after his death. Rather than sticking with the plan for the purposes of the plot, we get a bait-and-switch that I guess tries to serve a greater purpose for the overall narrative. Personally, the foundation was a bit too shaky from the start so it feels more like a glorified drawing board moment. Meanwhile, director Robert Rodriguez manages to find time & space for fan-favorite & film icon Danny Trejo as a handler who gives Boba a lesson in “how to train a rancor” to the point where he could potentially ride it in the future since the Rancor is still young & growing. While the moment gives the species some nuance only seen previously in the Expanded Universe, it still felt like it was a cameo for cameo’s sake.

Trejo is awesome in everything he’s in, but he just feels wasted here in a moment of cheap exposition which may or may not play a part in what’s to come (though the hints were heavy enough to give me the impression that we will be revisiting some of these moments). As far as how it came across, it was more a glorified Easter egg. The other remaining plot point is the gang that Boba goes to spend some “quality time” with after a water-monger (Stephen Root) complains to him about rampant theft. While it was nice seeing Root in the franchise, just like Trejo it felt like a waste of some serious talent. Led by Drash (Sophie Thatcher from Yellowjackets), the gang didn’t feel like anyone the audience should invest in or care about. For as much potential as The Book of Boba Fett had going for it, if the intention was for Boba to just fix Tattooine to make it a better place then promote the show like an actual “hero’s journey.” Instead of any clear threat, creators Jon Favreau and Dave Filoni keep moving the goalposts of what this is all leading to and hope is fleeting for this series. I shouldn’t have to beg for a story in this sea of Easter eggs. One saving grace of this episode? The epic Wookie fight between Boba and Black Krrsantan, which is among the franchise’s best and far superior to what we saw in Solo.

The Book of Boba Fett Season 1 Episode 3: The Streets of Mos Espa 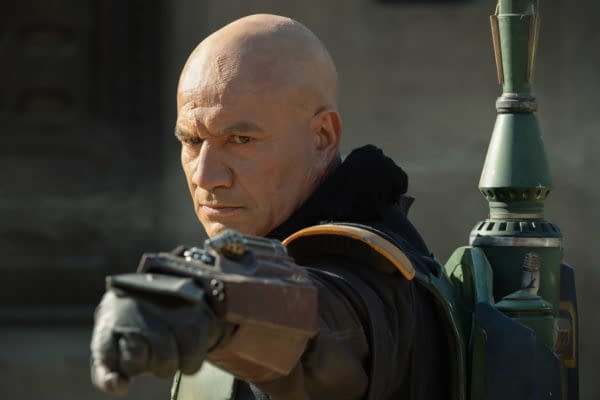 It’s hard to stay invested in a series like Disney+’s The Book of Boba Fett that constantly shifts the narrative and where motivations aren’t quite clear enough. It’s starting to build towards what could be a rare misfire from creators Jon Favreau & Dave Filoni when it has so much still-untapped potential. Even Danny Trejo, Stephen Root, and Sophie Thatcher couldn’t save this largely plodding mess- with the fight between Black Krrsantan and Boba being the only clear highlight of the episode.

When to expect the next ‘Escape From Tarkov’…

Hot spots: how thermal imaging can help find where your home…

When will the US lift Covid testing requirements for…