The Effectiveness Of Greenwashing – Two Sides 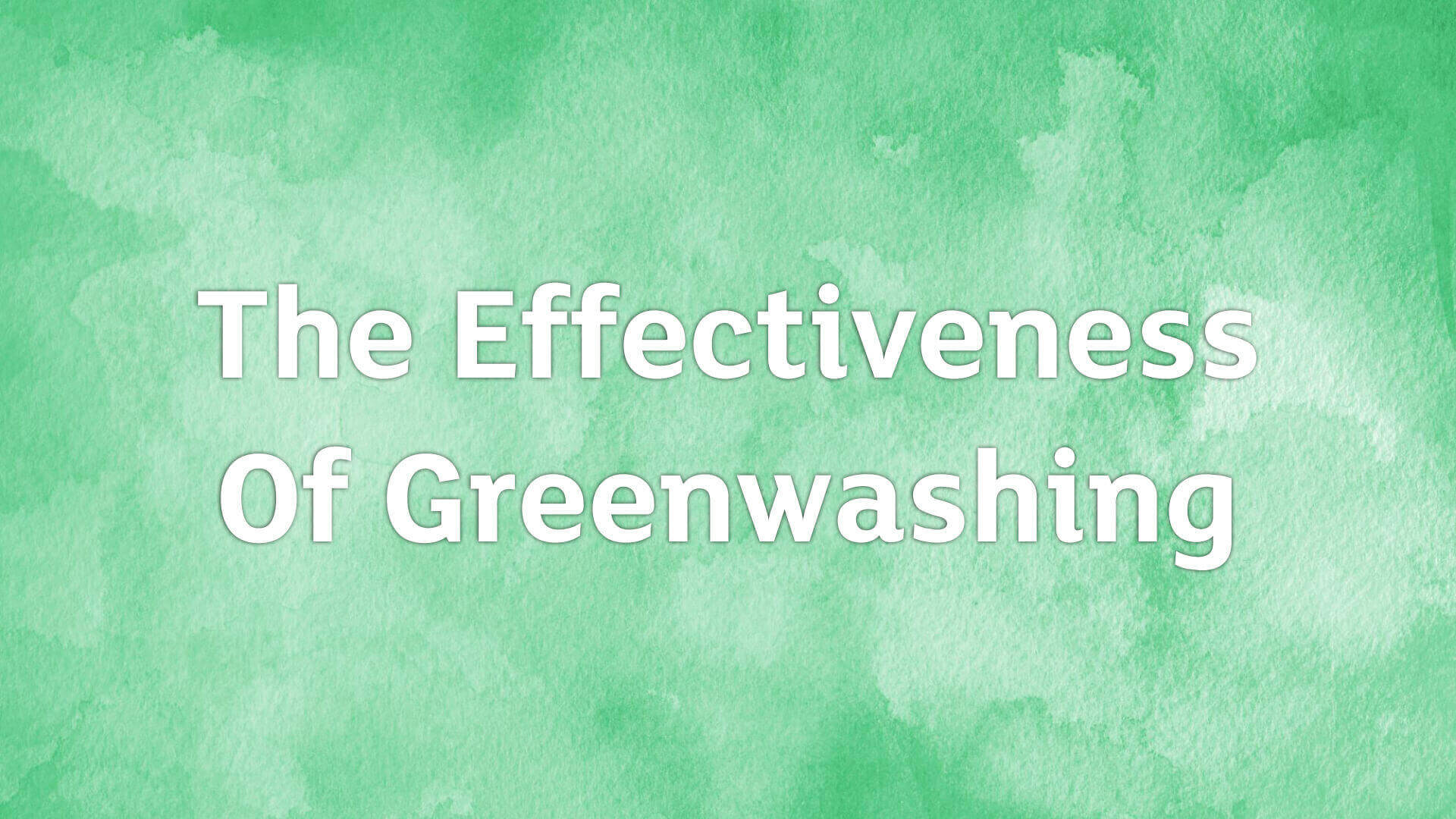 Greenwashing Works, But It Can Be Beaten

A recent study has demonstrated the effectiveness of greenwashing, but providing people with the correct information and understanding will go a long way to defeating it.

It’s no secret that greenwashing is all around us. Every day, another company will make misleading claims about the environmental benefits of their products or services, and every day thousands, if not millions of people, will see those claims.

Many people will dismiss them, understanding that companies are willing to bend, stretch or ignore the truth to appear eco-friendly to their customers. But many more will take in the information without question, having neither the time nor the inclination to check if what they’re being told is the truth.

With studies showing that environmental awareness and eco-initiatives can have a positive effect on the success of a company, it’s no surprise that businesses are busy adding sustainability messages to their marketing. What is surprising is just how effective those messages are – whether true or not. Even worse, greenwashing appears to work especially well on those who say they are concerned about the environment.

The extent to which people are vulnerable to greenwashing was investigated recently by Behavioural Insights Team, a consulting firm based in the UK. They conducted a study in Australia in which 2,400 people were shown three ads for three fictitious energy companies.

The first showed a woman walking in front of an office building with the line “Our offices are green”. The second showed a different woman smiling, with three light bulbs and the line “How can you save energy?”, along with an invite to use a carbon footprint calculator. The third made a statement about creating jobs but said nothing about the environment.

Despite there being no facts presented to back up the environmental claims, more than half of the subjects (57%) stated that the companies featured in the first two adverts had stronger green credentials than the company in the third advert. They also believed that greenwashed claims were a reliable source of information about a company’s eco-practices. What’s more alarming is that the study also found that consumers who were more concerned about the environment were more susceptible to greenwashing.

“We assume everyone is rational, that an educated consumer interrogates the market,” said Ravi Dutta-Powell, one of the researchers. “That’s not happening.”

The good news is that when people are more aware of greenwashing and given the facts, they are less taken in by misleading claims. In the study, a number of participants were selected to receive either a ‘literacy’ or a ‘pre-bunking’ intervention.

That hope was borne out in the results, with consumers who received the literacy and pre-bunking interventions rating the green credentials of the fictional companies significantly lower compared to the control group.

It’s clear that in order to stamp out greenwashing, people and businesses need to be more aware of exactly what it is and the harm it causes. While advertising association guidelines and government legislation will go a long way to discouraging companies from greenwashing, a healthy and vocal scepticism among customers about misleading environmental claims could greatly reduce their occurrence.

Two Sides is constantly working to reduce greenwashing. Its Anti-Greenwash Campaign investigates reported examples of greenwash and contacts companies to explain the environmental value of print and paper, as well as the legal situation around greenwashing. To date, the campaign has engaged with over 2,000 companies, with over 931 consequently removing misleading statements from their communications.

“Not only are Greenwash claims in breach of established environmental marketing rules,” says Two Sides Managing Director Jonathan Tame, “but they are hugely damaging to an industry which has a solid and continually improving environmental record.”

If you see any examples of greenwashing, please email the details to [email protected]

For more information about the Behavioural Insights Team study, go to www.bi.team/blogs/

Every Car That Was Discontinued In 2022

Huge Blow for India As Jasprit Bumrah Out of T20 World…

Chelsea have 10 stars on more money than AC Milan’s…

Hey! Is That Kylie Jenner, or a Very Glam Batgirl?

Here’s every song on the ‘Blonde’ soundtrack